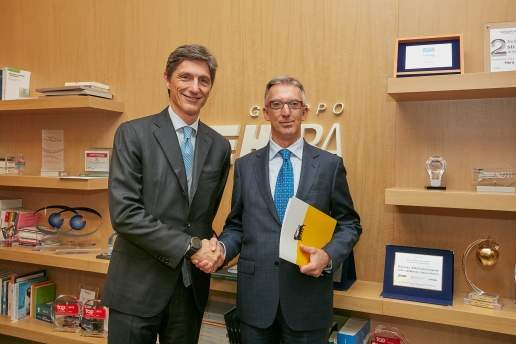 Eni and Hera have signed a partnership agreement to process the biofuel, which will be used by Hera’s waste collection vehicles.

The agreement pertains to household waste vegetable oil, such as that used for frying, collected by Hera in around 400 roadside containers and about 120 collection centres. This oil will be sent to Eni bio-refinery in Porto Marghera, Venice. At the refinery, the oil will be converted into Green Diesel, a completely renewable product which will account for 15% of Enidiesel+.

This biofuel will be used for powering Hera’s urban waste collection vehicles. In the first phase, as part of the testing, Enidiesel+ will be used by thirty large vehicles in the Modena area.

Eni stated that the deal extends the already existing circle that was established by the company with multi-utility companies in Turin, Venice and Rome. Tests have shown positive results including air quality, the economy and industry.

The Italian company also claimed that when compared to conventional diesel, Enidiesel+ includes a renewable component that can reduce emissions by up to 40%, reduce consumption by about 4% and also engine maintenance costs.

To further support of this initiative, Hera has decided to introduce 300 new roadside collection of vegetable oil in the areas in which it operates. Last year, 800 tons of waste vegetable oil was collected, recovered and processed to be used either as lubricants or for energy.

Eni chief refining & marketing officer Giuseppe Ricci said: “The refinery in Venice is the first in the world to be converted into a bio-refinery and will be joined in a few months by the Gela refinery, which is also being calibrated for the bio-cycle. Eni has begun the journey towards an energy transition that envisages an increasingly important role for biofuels in the process of decarbonising our planet.

“The agreement with Hera adds a significant component to our concrete commitment to the circular economy and reinforces the use of waste, specifically cooking oil, as an important raw material for producing the innovative fuel Enidiesel+ and as a replacement for the edible raw materials that are currently used.”