Pipeline operator Enbridge has announced its plan to consolidate its independent units and liquids and gas pipeline assets under a single listed entity in a bid to streamline its corporate structure. 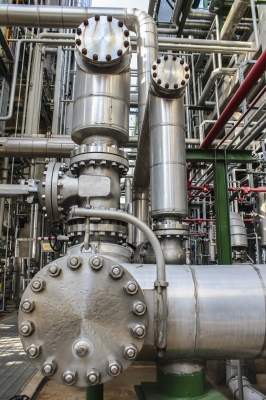 As part of this effort, Enbridge also plans to buy in outstanding shares of its various corporate units, including Spectra Energy Partners and Enbridge Energy Partners, for $11.4bn, or 272 million of its common shares.

The move comes as a result of the US Federal Energy Regulatory Commission’s (FERC) recent tax policy that prevents MLPs, largely oil and natural gas pipeline firms, to recover an income tax allowance as part of the fees they charge to shippers under a “cost of service” rate structure, reported Reuters.

Enbridge said in a statement: “Under the newly changed FERC tax policy, holding certain interstate pipelines in MLP structures is highly unfavourable to unitholders and is no longer advantageous.

The firm said that the proposed restructuring to Enbridge and sponsored vehicle securityholders would simplify and streamline the firm’s corporate and capital structure; increase trading liquidity; enhances credit profile and addresses its risks related to FERC MLP tax allowance elimination.

The restructuring, however, will not affect the stakes held by shareholders in its corporate units, Enbridge noted.

Additional, the transactions are expected to have approximately neutral effect to Enbridge’s its three-year financial outlook.

Enbridge said: “After evaluating options to mitigate the effects of these recent actions and the resulting capital markets’ response, and to advance Enbridge’s priority to simplify and streamline its corporate structure, Enbridge believes the proposals are strategically and economically attractive to each of the sponsored vehicles and to Enbridge shareholders.”

Recently, Enbridge has signed deals to sell its midstream and renewable assets for $2.47bn to reduce its debt.