The solar plant will offset over 171,000 tonnes of carbon dioxide annually 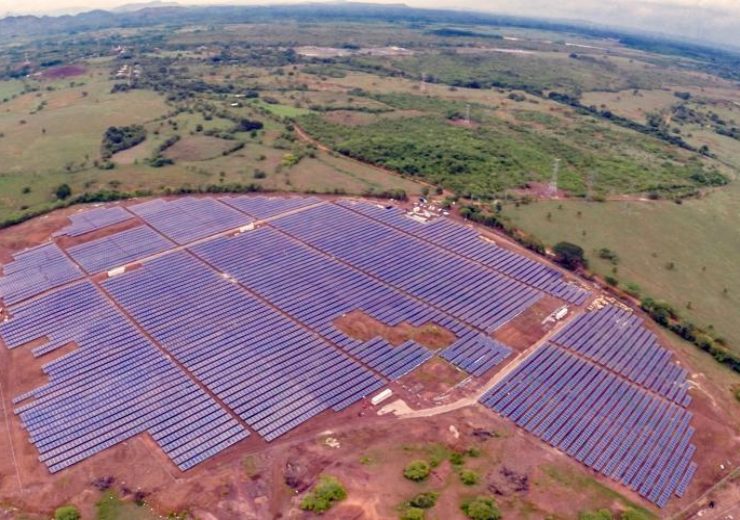 The European Investment Bank (EIB) has agreed to provide €76.5m ($85.2m) financing for the construction and operation of the 300MW Talayuela solar plant in Extremadura, Spain.

To be located in the municipality of Talayuela, the photovoltaic (PV) solar project will generate enough electricity to power approximately 150,000 households annually at a competitive price.

The solar plant will also offset over 171,000 tonnes of carbon dioxide annually and is expected to generate nearly 400 jobs during the construction phase.

Encavis, a solar company based in Germany, acquired a 80% stake in the project in October 2018, while UK-based Solarcentury holds the remaining 20%. Solarcentury will undertake the project maintenance in addition to holding the stake.

EIB Vice-President Emma Navarro said: “As the EU Climate Bank, we are ready to step up to the challenge. For this reason, we are pleased to support Spain’s huge renewable energy potential and help the country to meet its decarbonisation targets.

The Talayuela solar project, which reached financial close at the end of November, secured funding from the EIB and Deutsche Bank for a combined amount of €165m ($183.7m).

The solar plant is one of the first greenfield renewable energy projects to be funded in Spain without any form of government/public support.

A 75% output of the solar farm has been contracted under a financial power purchase agreement (PPAs) in September.

Solarcentury has received a notice from Encavis to commence construction of the plant, which is expected to be operational in the second half of 2020.

Solarcentury Iberia general manager Jose Miguel Ferrer said: “The financial close of Talayuela Solar is a major achievement for Solarcentury and Encavis AG, as well as a landmark deal that demonstrates the financial viability of Spain’s subsidy-free solar market.

“By demonstrating the long-term bankability of this large-scale project through the signing of our ground-breaking Power Purchase Agreement in September, we have secured the backing of two of Europe’s largest lenders, the European Investment Bank and Deutsche Bank, that share our vision for the project.

“With everything now in place, we look forward to beginning the construction of the project over the coming weeks.”

The Talayuela solar project will help the Iberian country to meet its renewable target of 20% of primary energy consumption to be generated by renewable sources by 2020.