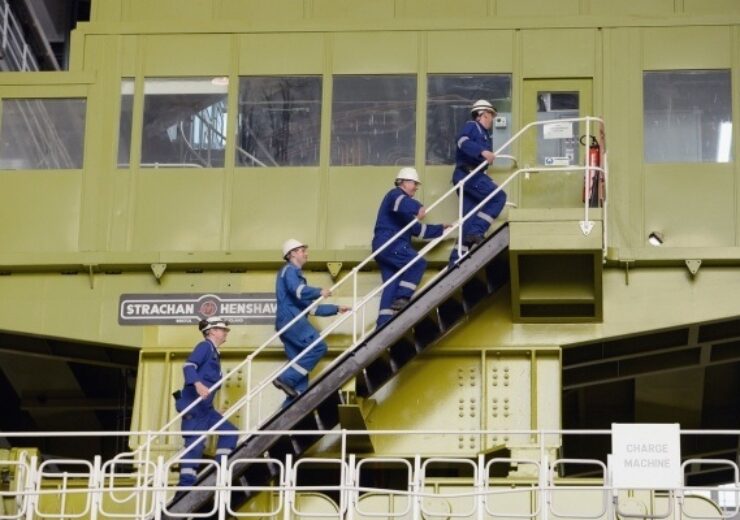 Workers on the fuelling machine at Hunterston B nuclear station in the UK. (Credit: EDF Energy)

EDF Energy Nuclear Generation has secured approval from the UK’s Office for Nuclear Regulation (ONR) to restart operations of the Reactor 3 of the 1,220MW Hunterston B nuclear power station in Ayrshire, Scotland.

The move follows the completion of ONR’s two-year extensive and detailed assessment of EDF NGL’s safety case, which aimed to ensure the nuclear plant’s ability to withstand a range of earthquake scenarios.

ONR deputy chief inspector Donald Urquhart said: “This has been a detailed and complex assessment in which my team of specialist inspectors has rigorously assessed and scrutinised the safety case and underpinning evidence provided by EDF NGL.”

The power plant’s advanced gas-cooled reactors 3 and 4 were shut down in 2018 due to the identification of cracks on the graphite core during routine inspections at the facility.

Reactor 3 of Hunterston B  plant to operate for six months

The latest ONR’s permit allows the company to resume operations of the Reactor 3 for a limited next period of operation and the permission is for up to 16.425 terawatt days, which is approximately six months.

Additionally, EDF is planning to commence defuelling phase of the Hunterston B no later than 7 January 2022.

Once the power plant stops power generation, EDF plans to begin defuelling, which marks the first stage of the nuclear decommissioning process.

EDF Generation business managing director Matt Sykes said: “Hunterston B has quietly delivered a major contribution to the UK for more than 40 years. It has far exceeded its original remit and, over its lifetime, gone on to safely produce enough low carbon energy to power the whole of Scotland for eight years.

“We didn’t know back in the 1960s when these plants were designed, just how important low carbon energy would become.

“Our focus is on continuing to safely deliver the last period of power generation and then transition the station into decommissioning.”

Last year, EDF received approval from the ONR to resume operation of the Reactor 4 at the Hunterston B nuclear power plant.