EDF gets nod to restart Reactor 4 at 1.2GW Hunterston B power plant 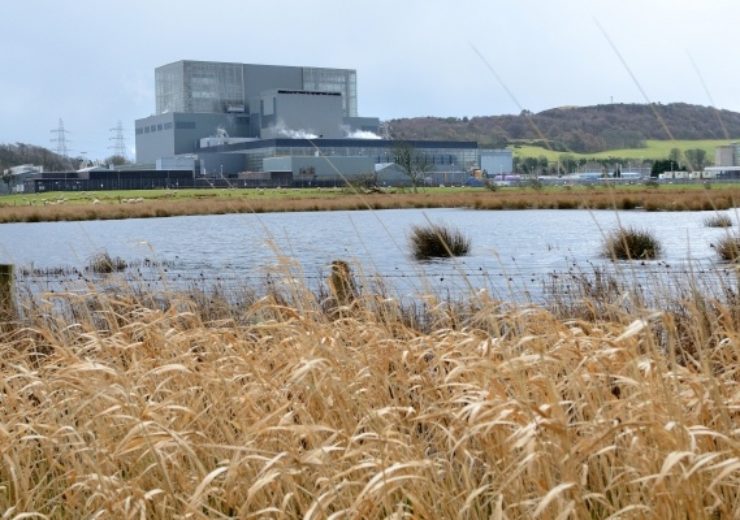 Image: The Hunterston B nuclear power plant in the UK. Photo: courtesy of EDF Energy.

The EDF Energy Nuclear Generation has received approval from the UK Office for Nuclear Regulation (ONR) to resume operation of the Reactor 4 at the 1220MW Hunterston B nuclear power plant located on the west coast of Scotland.

The power plant’s two advanced gas-cooled reactors , called reactors 3 and 4, were both taken offline in 2018 following the identification of cracks on the graphite core during routine inspections at the facility.

Hunterston B Reactor 4 is permitted for 16.025 terawatt days

The ONR’s permit allows EDF to restart operation of the Reactor 4 for the next period of operation and the permission is for up to 16.025 terawatt days, which is approximately four months.

ONR said in a statement: “Our team of specialist inspectors has completed an extensive assessment of the detailed safety case submitted by the licensee EDF Energy, focusing specifically on whether the cracking observed in the reactor graphite core will compromise its fundamental nuclear safety requirements.

“Our assessment included extensive scrutiny of the underpinning evidence provided by the licensee and concluded that an adequate safety case has been provided to allow a further period of operation.”

Following the long and detailed assessment, ONR reported that Reactor 4 is safe to operate for the next period and can be safely closed in all foreseeable circumstances.

The regulator further noted: “Whilst we are content to allow operation for a limited period, the longer term condition of the reactor remains uncertain and the licensee will need to justify safe operation beyond this period.”

EDF said it has also submitted the safety case for Reactor 3 at Hunterston B nuclear plant to the ONR for their assessment.

ONR deputy chief inspector Donald Urquhart said: “We have made the decision to allow Reactor 4 at Hunterston B to return to service, following a long and detailed assessment of the safety case submitted by EDF Energy.”