Duke Energy stated that customers of the company's Edwardsport coal gasification power plant could pay $30m less, if state utility regulators approve the company's agreement with some of the state's consumer groups. 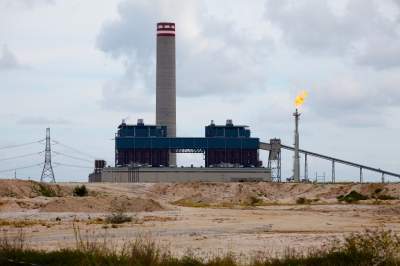 The proposal, which was filed with state regulators today, is subject to Indiana Utility Regulatory Commission approval.

The agreement will remain in effect until new rates are established in the company’s next base rate case, which is expected to be filed in middle of next year with rates effective in mid-2020. It addresses the pending Edwardsport filing at the commission and eliminates the need for future filings until the overall rate case.

Duke Energy Indiana President Melody Birmingham-Byrd said: “If approved, this agreement saves customers money and provides rate certainty between now and our next base rate review.

“Importantly, Edwardsport’s performance has been strong, setting a record of 464 days of continuous net generation through April this year.”

Edwardsport is a dual-fuel plant that can run on coal and natural gas, and last year it was available for service 99% of the time when factoring in both fuels.

Because of the agreement’s provisions, Duke Energy expects to take a pretax charge of approximately $32m in the third quarter of this year.

Key provisions of the proposed settlement include:

The company has agreed not to bill customers $30m of operating costs deferred since the plant’s in-service date.

Customer bills will decrease approximately 0.5% and will not be adjusted for Edwardsport plant costs until the time of a decision in the company’s next base rate case.

Background on the Edwardsport project

The 618MW Edwardsport plant uses state-of-the-art technology to gasify coal, strip out pollutants, and then burn that cleaner gas to produce electricity.