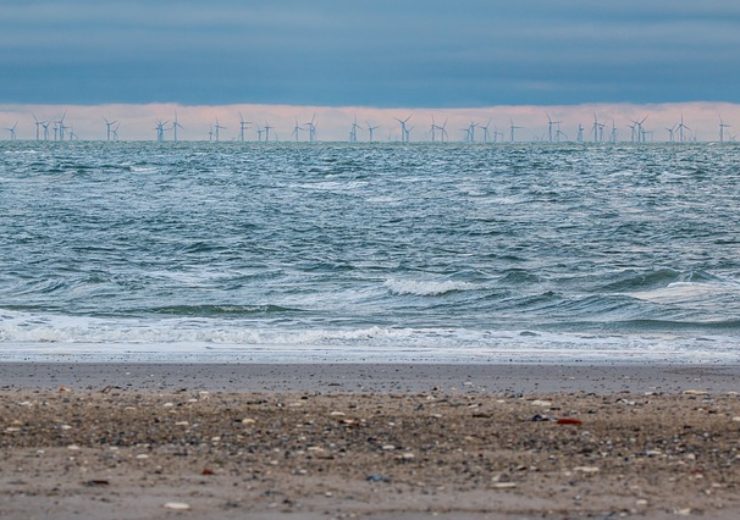 The state’s two regulated electric utilities, Eversource Energy and United Illuminating, filed with the Public Utilities Regulatory Authority (PURA) executed power purchase agreements for the 804 MW Park City Wind Project developed by Vineyard Wind.  The Connecticut Department of Energy and Environmental Protection (DEEP) selected the Park City Wind project in December 2019 to advance to contract negotiations with the two utilities.  The filing of these contracts marks another forward step for this offshore wind project.  If approved by PURA, the Park City Wind project will provide the equivalent of 14% of the state’s electricity supply when it comes online in 2025, and represents the largest purchase of renewable energy in Connecticut’s history.

Under the agreements, if approved, the utilities will purchase energy and environmental attributes associated with the project for a twenty-year term. The project will more than double the amount of new zero-carbon renewable energy procured by DEEP to date.

The project was selected through a competitive request for proposals (RFP) that DEEP conducted pursuant to Public Act 19-71, An Act Concerning the Procurement of Energy Derived from Offshore Wind, signed by Gov. Ned Lamont in June 2019 after receiving overwhelming bipartisan support in the Connecticut General Assembly. It represents a major step toward Gov. Lamont’s goal of a 100% zero-carbon electricity supply by 2040. When it comes online in 2025, the project will enable Connecticut to avoid emitting more than 25 million short tons of carbon dioxide while improving electric grid reliability in cold winter periods, a critical feature that will speed Connecticut’s transition away from reliance on natural gas power plants.

The project also includes an estimated $890 million in direct economic development in Connecticut, including Bridgeport Harbor and the local supply chain. The project includes a commitment to pay no less than the prevailing wage and to negotiate in good faith for a mutually agreeable project labor agreement. Vineyard Wind estimates 2,800 direct full-time employment years will be created in Connecticut through the project.

Gov. Lamont, as well as other officials and stakeholders, applauded the filing of the power purchase agreement.

“This news marks another positive step toward our goal of achieving a completely carbon-free electricity supply within 20 years,” Gov. Lamont said. “I look forward to the day this project comes online, and the many significant benefits it will bring Connecticut, its residents, and the region for years to come. This project is a critical element to the state becoming a leader in this emerging industry, and it will spur incredible job growth and economic activity around our state.”

“I want to thank Eversource and United Illuminating for working diligently to reach agreement on moving this important project forward,” DEEP Commissioner Katie Dykes said. “The Park City Wind Project will help revitalize Bridgeport Harbor and bring many skilled jobs to Connecticut, and Vineyard has committed to constructing and operating this project in an environmentally sensitive manner protecting the ecosystem while also working with the local fishing community. This project and the previously selected project will make Connecticut a major hub for offshore wind development for years to come.”

“This agreement will have far-reaching positive impacts, as it will strengthen our workforce and supply chains and help us capitalize on renewable energy as an economic driver for the region and state,” said DECD Commissioner David Lehman.

Representatives of Connecticut’s regulated utilities, as well as Vineyard Wind, the developer of the Park City Wind Project, also celebrated the development.

“We are proud to support the development of renewable energy which will help reduce greenhouse gas emissions and address climate change in our region,” said Eversource Vice President of Energy Supply James Daly. “The additional 804 megawatts of offshore wind power in this PPA will work to advance Connecticut’s clean energy future and economic development.”

“We are pleased that UI has the opportunity to help Connecticut bring the benefits of clean, renewable offshore wind energy to our customers,” said Tony Marone, president and CEO of UI’s parent company, Avangrid Networks. “We believe offshore wind development will be a key component of Connecticut’s clean energy future, in keeping with our company’s purpose of working together to deliver a more accessible clean energy model that promotes healthier and more sustainable communities every day.”

“The signing of these agreements would be a huge milestone for the project during ordinary times, but that fact that we were able to get this done during the COVID-19 crisis is all the more significant,” said Vineyard Wind CEO Lars Thaaning-Pedersen.  “We want to thank DEEP and the Connecticut EDCs for working with us as we take giant steps forward to bring Connecticut’s largest ever commitment to clean, renewable energy to fruition.”

This is the state’s third procurement with offshore wind as a competitive resource, and the first procurement specifically focused on offshore wind. In 2018, DEEP selected a total of 304 megawatts of offshore wind from Revolution Wind developed by Ørsted and Eversource. Revolution Wind includes economic development commitments to the state pier in New London.  With this most recent selection, Connecticut is leading New York (5%) and Massachusetts (13%), with the equivalent of 19% of its electric load under contract with offshore wind projects. Rhode Island currently has the equivalent of 25% of its electric load committed to offshore wind projects.

During the RFP process that led to the selection of the 804 MW Park City Wind Project, DEEP consulted with the Office of Consumer Counsel, Attorney General’s Office, procurement manager at PURA, and Connecticut’s electric distribution companies, Eversource and United Illuminating.  DEEP also convened a Commission on Environmental Standards to provide input on best practices for avoiding, minimizing and mitigating any impacts to wildlife, natural resources, ecosystems and water-dependent uses like commercial fishing. The final RFP was issued on August 16, 2019.  On October 30, 2019, DEEP received more than 30 bid variants from three different developers in response to the RFP. Vineyard Wind’s Park City Wind project was selected from those bids.  DEEP completed its procurement process to capture lower pricing as a result of federal tax incentives that were set to expire in 2019.

The power purchase agreement will now be subject to PURA review.