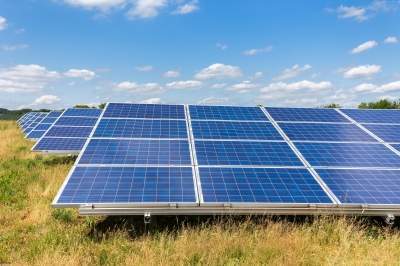 The Willow Springs Solar Project was developed by First Solar and is currently being constructed. The solar plant is expected to be completed by the end of this year. Electricity generated from the project will be sold to Southern California Edison Company under a long-term power purchase and sale agreement.

DESRI CEO Bryan Martin said: “DESRI is thrilled to close on the acquisition of Willow Springs from First Solar.  This project is a testament to the strong partnership that our firms have built over many years.

“We are looking forward to using First Solar’s leading Series 6 module technology to deliver clean energy to the Kern County community for years to come.”

When the solar plant begins operations, it is expected to generate enough clean and sustainable electricity annually, to be supplied to about 41,000 average Californian homes, while displacing 77,000 metric tons of CO2 greenhouse gas emissions. This is equivalent of taking away nearly 15,000 cars off the road.

First Solar chief commercial officer Georges Antoun said: “We are grateful for the opportunity to build on our strong relationship with DESRI as they grow their solar portfolio.

“We are also pleased to play a part in helping enable Southern California Edison deliver clean, renewable energy to their customers.”

Antoun highlighted the importance of the positive business environment provided by Kern County as a factor in realizing the benefits of solar as a fundamental power generation source of the future.