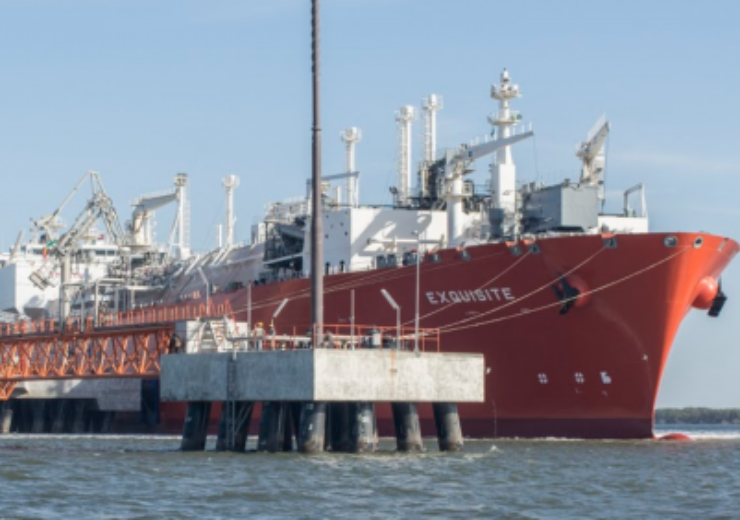 The EETL LNG terminal will be expanded through the replacement of the Exquisite FSRU with the Hull 2477 FSRU. (Credit: Royal Vopak)

Excelerate Energy has signed a heads of agreement (HOA) with Engro Elengy Terminal (EETL) for the expansion of the latter’s EETL LNG terminal, a liquefied natural gas (LNG) import terminal in Pakistan.

The expansion project aims at increasing the send-out capability of the import LNG terminal at Port Qasim to more than 150 million standard cubic feet per day (MMscf/d) and its LNG storage capacity to 173,400 cubic meters (cbm).

The EETL LNG terminal, which is jointly owned by Pakistan-based Engro and Netherlands-based Royal Vopak, currently has a storage capacity of 150,900cbm.

EETL LNG terminal to be expanded by replacing the existing FSRU

To expand the capacity of the LNG import terminal, Excelerate Energy will replace its existing floating storage and regasification unit (FSRU) Exquisite with a newbuild FSRU called Hull 2477.

According to Excelerate Energy, the Hull 2477 FSRU is currently being built at the Daewoo Shipbuilding and Marine Engineering (DSME) shipyard.

The Hull 2477 FSRU is scheduled to be delivered in April 2020 with the expanded operations at the EETL LNG terminal expected to begin before winter 2020.

In September 2019, Excelerate Energy signed a five-year bareboat charter agreement with Maran Gas Maritime for the Hull 2477 FSRU. Excelerate Energy holds the option to buy the FSRU at any time during the duration of the contract.

Excelerate Energy chief commercial officer Daniel Bustos said: “We are proud to partner with Engro and Vopak on this expansion to help meet the growing demand for natural gas in Pakistan. We continuously work with our customers to ensure our terminals adjust to the changing needs of their markets.

“In the nearly five years of essentially non-stop operations in Pakistan, we have a proven track record of safe and reliable operations at peak performance.”

The EETL LNG terminal, which was built with an investment of $125m, became the first floating LNG import terminal in Pakistan when it started operations in March 2015.

The associated FSRU Exquisite has been supplying up to 690 MMcf/d of natural gas directly into the natural gas pipeline system of Sui Southern Gas.

EETL CEO Jahangir Piracha said: “Excelerate Energy has been an excellent partner who has made it possible for EETL to cater to such a high level of utilization of our regasification capacity. It is our trust in their operational excellence that we are now jointly undertaking the expansion of our terminal.”