Conrad Petroleum has secured approval of its re-submitted development plan for the Mako gas field offshore Indonesia from the country’s Ministry of Energy and Mineral Resources (MEMR). 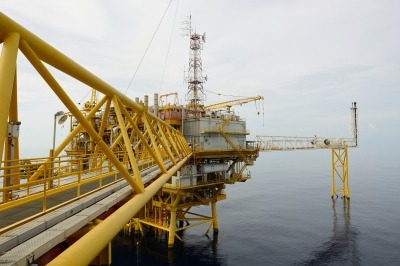 Image: The Mako gas field is located in the South China Sea. Photo: courtesy of num_skyman/FreeDigitalPhotos.net.

The Mako gas field is contained in the Duyung block in the Natuna Basin. The plan of development (POD) of the offshore gas field was submitted originally in August 2018 to Indonesian oil and gas regulator SKKMigas. It was re-submitted in January 2019 under the gross split regime.

The Mako field was intersected by the Cakalang-1, Tenggiri-1 and Mako-1 wells and subsequent petrophysical analysis confirmed the presence of gas across all the wells.

Drilling of a fourth well, called the Mako South-1 well in June 2017, and the following resource audit revealed contingent (2C) resources of 276 Bcf in place in the Mako gas field.

Conrad Petroleum CEO Miltos Xynogalas said: “The approval of the POD for Mako is an important milestone in the maturation of the Mako gas field. This step advances the project and provides the certainty necessary for Conrad to conclude gas sales contracts and finalize access to evacuation routes.

“In addition, it allows Conrad to continue exploring within the Duyung PSC, and acreage with several identified leads and prospects and a confirmed petroleum system.”

The offshore PSC has been converted from the cost recovery scheme to the gross split scheme, said Conrad Petroleum with the amended PSC agreed by the company and the Indonesian government in late January.

In 2017, MEMR rolled out new regulations to replace the cost recovery scheme with the gross split regime. Following their implementation, the gross split scheme is said to have significantly simplified the government approval processes and is likely to have a positive effect on the oil and gas industry, said Conrad Petroleum.

The Duyung PSC is spread around an area of 890 km2 in the South China Sea off the coast of Riau Islands Province, and is located near the West Natuna Transportation System (WNTS), a gas pipeline that caters to Singaporean markets.