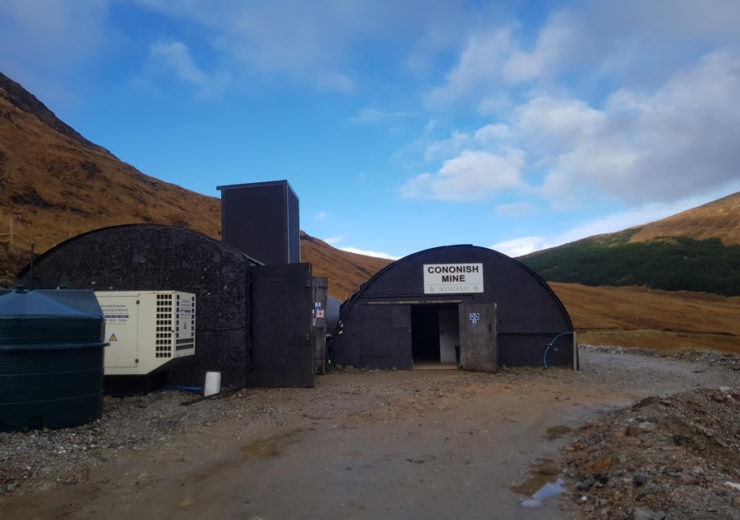 The Cononish gold mine had been due to open this year (Credit: Scotgold)

The start of production at the Cononish gold mine in Scotland has been pushed back from December of this year to February 2020, according its operator.

London-based Scotgold Resources claims the project has suffered design delays to its process plant building and associated civil earthworks, but it plans to stockpile gold and silver in the lead-up to the facility’s official opening.

The firm’s CEO Richard Grey says the setback will allow for greater production returns over the course of next year.

He said: “We are hopeful that the efforts that have been made in satisfying the conditions and the constructive engagement of the various agencies will result in the commencement of Cononish in the very near future.”

The Cononish gold mine in Scotland

Scotgold received approval for Cononish, located near the village of Tyndrum, north-east of Edinburgh, in February last year, marking the start of work on the country’s largest gold mine to date.

It predicts the facility will play host to an initial annual production capacity of more than 23,500 ounces of gold for the next 17 years, and plans to process about 3,000 tonnes of ore in the first phase.

The company has also claimed more than 50 jobs will be created once the project is up and running, and has offered almost £500,000 $612,000 in payments to support communities close to the facility.

Cononish is not the only large-scale energy project currently turning heads in Scotland.

The Beatrice Offshore Wind Farm, the largest in the country and its most productive single source of renewable energy, recently opened on 29th July.

Construction on the project, which began in May 2016 and was completed £100m ($122m) under budget, was led by a joint-venture between SSE Renewables (40%), Copenhagen Infrastructure Partners (35%) and Red Rock Power Limited (25%).

SSE Renewables managing director Jim Smith said: “Today’s official opening marks the end of a 15-year journey that started in 2004 when SSE and Talisman Energy announced plans for a world-leading project at the Beatrice oil field to test technologies for deep water wind farms distant from the shore.

“The stated goal of that test was to see if large scale developments like this could be delivered in more challenging site locations and provide a practical source of commercial scale renewable energy.

“Today, we can safely say that test has been passed with flying colours.”