ConocoPhillips, the operator of the Barossa joint venture, has awarded three major engineering contracts for the front-end engineering design (FEED) phase on the Barossa offshore project in Northern Territory, Australia. 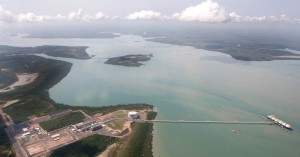 Located offshore about 300km north of Darwin, Northern Territory, the Barossa offshore gas and light condensate project is intended to provide a new source of gas to the existing Darwin LNG (DLNG) facility as the current offshore gas supply from Bayu-Undan is expected to be ceased in the early 2020s.

ConocoPhillips has awarded separate engineering contracts to MODEC and to a consortium between TechnipFMC and Samsung Heavy Industries, for the FPSO.

Additionally, Intecsea secured the FEED contract for the subsea infrastructure including umbilicals, flowlines and risers and gas export pipeline.

Through continued operation of the DLNG facility for a further 20 years, the Barossa field expected to meet future global demand for natural gas and contribute significant income, employment and other benefits to the country, ConocoPhillips said.

ConocoPhillips Australia West President Chris Wilson said: “Conducting Barossa FPSO FEED as a design competition continues our focus on strong cost discipline, which enables Barossa to compete both in our global portfolio and as a leading candidate to backfill DLNG.

“Barossa is the first potential DLNG backfill project to progress into the FEED phase, positioning it strongly to secure access to the DLNG capacity following the end of production at Bayu-Undan.

“We look forward to working together with our selected FEED contractors to develop sufficient certainty of cost, schedule and execution planning to support a final investment decision (FID) at the end of 2019.”

ConocoPhillips and its partners plan to make final investment decision for the Barossa gas field, towards the end of 2019.