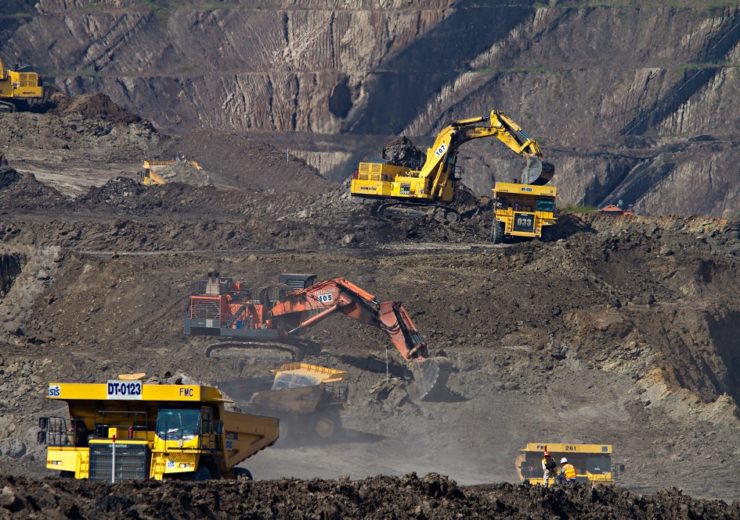 Approval for the Valeria coal mine project in Queensland, Australia, is being pushed through as the state seeks to make it a centrepiece of its economic recovery after coronavirus.

The 1.5 billion Australian dollar ($1bn) venture, which is to be developed by Swiss major Glencore, was granted special status today (12 June) by regional authorities as a “co-ordinated project”.

Located in the Bowen Basin of central Queensland, its fast-tracked development is expected to create up to 2,350 jobs – 1,400 during construction and 950 ongoing roles once fully operational.

According to Glencore, the open-cut thermal and metallurgical coal mine will be capable of producing up to 20 million tonnes annually, over a lifespan of 35 years.

The mining firm said in a statement: “This is an important and positive step in progressing the project, which is still at an early stage but has the potential to deliver a major jobs and economic boost to central Queensland communities.”

The Valeria operation will span more than 28,000 hectares, with an estimated disturbance area of 10,000 hectares, although the final project footprint is “still being defined”.

State Treasurer Cameron Dick added: “Coal mining has a long history in Queensland and will continue to be a major industry for many years to come.

“It’s so vital we keep things moving along, despite the current restrictions, and this decision by the co-ordinator-general means there will be a long pipeline of work ahead.”

Mining is a critical industry to the Australian economy, and several regulatory steps are currently being taken at state level to help it weather the coronavirus pandemic, including special projects approvals and payment deferrals.

Queensland’s mines and energy minister Dr Anthony Lynham added that coal produced by Valeria will be used to support global steelmaking activities, which will be “vital” to the world economy as it recovers from Covid-19.

“Steel is critical for construction, but it’s also used for key elements of a renewable energy future like solar panels, wind farms, batteries and electric vehicles,” he said.

“Glencore, has advised that any thermal coal produced by the new mine will be subject to the company’s cap on thermal coal output, to support global transition to a low-carbon economy.”

The company has said the Valeria project will replace production from its other coal operations as they come to the end of their mine lives, and that it will be managed in line with its climate commitments.

Coal mining and power production has become a key target for climate advocates due to the high level of carbon emissions associated with its use at a time when climate concerns are growing increasingly urgent.

Last month, the world’s largest sovereign wealth fund — Norway’s trillion-dollar Government Pension Fund Global – excluded Glencore, along with Anglo American, from its investment roster for breaching its standards on coal use and environmental performance. It also put miner BHP on notice for its own coal performance.

Valeria now joins the proposed Carmichael coal mine, also located in Queensland and being developed by India’s Adani Enterprises, on a list of new Australian coal-mining projects drawing scrutiny from environmental groups and a growing number of climate-concerned investors.

Glencore is Australia’s largest coal producer, with an output of more than 100 million tonnes of saleable thermal and metallurgical coal in 2018 – 44 million tonnes of which is accounted for by operations across the Bowen Basin.

In 2019, the company’s coal operations contributed more than AUD$4bn ($2.75bn) to the Queensland economy, according to a statement.