What is the controversial Carmichael coal mine project in Australia?

The mine is believed to have a 60-year lifespan and is estimated to hold 10.15 gigatonnes of coal resources 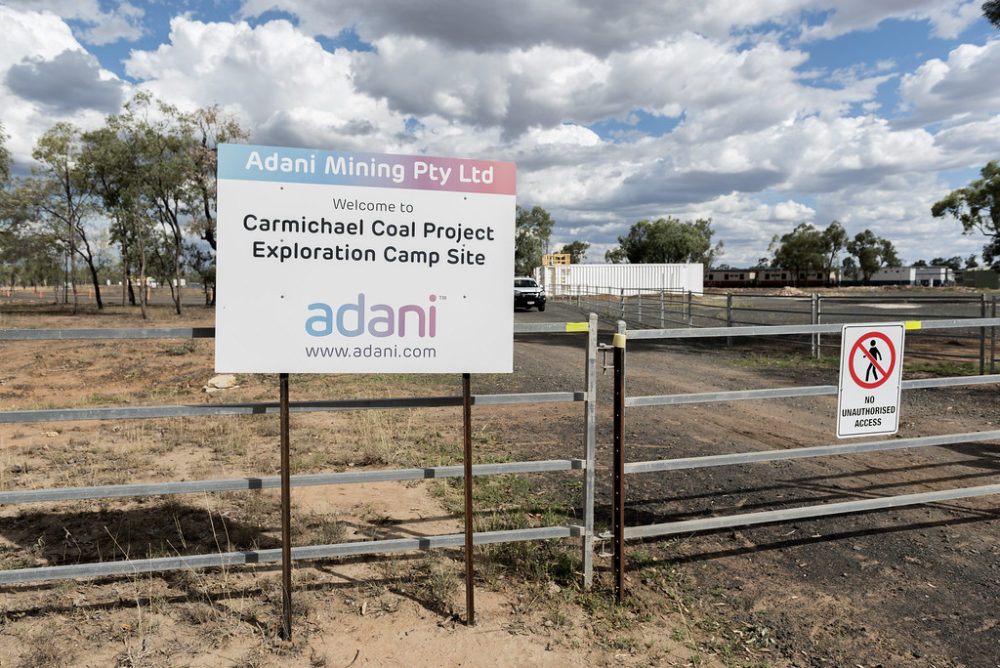 The Carmichael mine is believed to be one of the world’s largest untapped coal reserves (Credit: Flickr/Jeremy Buckingham)

The Carmichael mine is set to be one of the largest coal mines in Australia – but the project has come under intense scrutiny ever since it was first proposed.

Based in the north of the Galilee Basin in Central Queensland, the site is believed to be one of the world’s largest untapped coal reserves.

But environmentalists have challenged the mine’s construction, in an attempt to stop more fossil fuels adding to Australia’s already high emissions levels.

Despite this, the project received approval from the Australian government in June last year, with its owner Adani Enterprises, an Indian multinational conglomerate, planning to begin production in 2021.

What is the Carmichael coal mine?

Plans for the Carmichael coal mine were first put forward a decade ago, after Adani purchased the site in 2010 with plans to spend $16.5bn on its development.

The firm initially said it would build an open pit, 60 million tonnes (Mt) per year mega-mine — making it one of the largest mines in the world, employing up to 10,000.

It included a 388km-long privately-owned rail line connecting the mine to Adani’s Abbot Point Port, 25km north-west of Bowen — a township in Queensland.

From there, the high-quality thermal coal could be easily shipped to India and other Asian countries – allowing the miner to maximise production and turn a healthy profit.

But the project has hit several stumbling blocks due to legal hurdles, environmental controversies, and failure to secure external financing.

A 2015 report for the Land Court of Queensland on the Carmichael coal mine found that the initial plans for the site would produce an average of 77Mt-a-year of CO2 across the lifespan of the project.

That is more than the 59Mt of CO2 emissions produced from all of the vehicles on Australia’s roads in 2016.

The new plan for the Carmichael coal mine

In November 2018, Adani announced it was downsizing the project and would be self-funding it to minimise its “execution risk” and “initial capital outlay”.

It is now building a smaller, open-cut, 10Mt to 15Mt-a-year mine, with the potential of increasing production to 27Mt.

That would still make it the biggest in Australia if it reaches its max capacity, eclipsing the 18Mt-a-year produced at the Mount Arthur (Mt Arthur) coal mine, located in the Hunter Valley region of New South Wales.

Adani has already pumped $3.3bn into the Carmichael project, with the remaining pre-production capital investment scaled down to $2bn.

The mine is believed to have a 60-year lifespan and is estimated to hold 10.15 gigatonnes (Gt) of coal resources — including 1.16Gt of measured resources, 3.24Gt of indicated resources, and 5.74Gt of inferred resources.

The project is now expected to deliver 1,500 direct and 6,750 indirect jobs as its construction is ramped up.

Environmentalists challenging insurance for the Carmichael coal mine

Over the past few months, environmental groups have been focusing their efforts on stopping the Carmichael mine receiving the necessary insurance so the construction will not be able to proceed.

Up to 15 of the world’s largest insurers have already either confirmed they will not support the mine or thermal coal projects in general.

New York-headquartered Marsh, the world’s biggest insurance firm, announced earlier this month that some of its top officials were set to meet to discuss the company’s stance on coal projects.

The insurer has come under fire recently for its work as a broker for Adani but will now decide on whether to underwrite the Carmichael mine.

It will be a significant blow for Adani if it fails to source necessary insurance for such a large project and would surely put the construction of the mine in doubt.