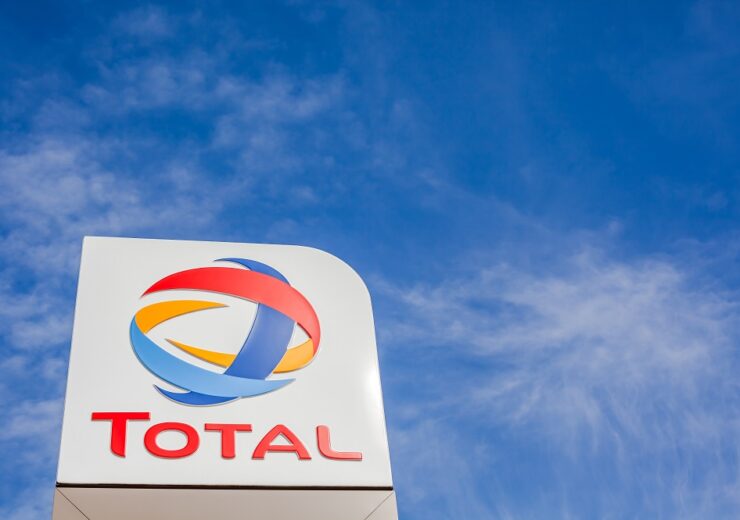 Total launched a low-carbon transformation in May 2020 (Credit: dvoevnore/Shutterstock)

French oil major Total plans to rebrand as TotalEnergies, in a move it says will underscore its shift towards cleaner energy over the coming decade and its long-term goal of reaching net-zero emissions by 2050.

Sales of oil products in the company’s business are expected to fall over the next ten years from 55% to 30%, with future energy growth focused on liquefied natural gas (LNG) and renewables.

The name change will be proposed to shareholders at an annual general meeting on 28 May, giving them opportunity to “endorse this strategy and the underlying ambition to transition to carbon neutrality”.

The announcement comes as Total reported a 66% drop in adjusted full-year earnings for 2020 to $4.1bn, reflecting the pandemic-triggered market shocks that sustained low fuel demand and crude prices throughout most of the year.

Including accounting charges and exceptional asset impairments – largely taken on Canadian oil sands projects earlier in the year – the group posted a $7.2bn net loss for 2020.

Rivals BP, Shell, Exxon and Chevron have all reported multibillion-dollar full-year losses of their own in recent days, underlining a devastating year for the global oil industry.

For the fourth quarter of 2020, Total’s adjusted earnings were down 59% year-on-year to $1.3bn, although outperformed analyst expectations and showed improvement from the third-quarter result of $848m.

“Total faced two major crises in 2020 – the Covid-19 pandemic that severely affected global energy demand, and the oil crisis that drove the Brent price below $20 per barrel in the second quarter,” he added.

“In this particularly difficult context, the group implemented an immediate action plan and proved its resilience thanks to the quality of its portfolio and its integrated model with cash flow generation of nearly $18bn.”

The company confirmed plans to maintain its final dividend of the year at $0.66 per share, equal to the previous three quarters.

In May, Total launched a major strategic overhaul focused on transitioning away from its historical focus on oil production in favour of low-carbon assets and achieving net-zero emissions by mid-century.

It has since made a series of investments in clean-energy projects, most recently including a $2.5bn acquisition of a stake in India’s Adani Green Energy as well as successful bids for seabed leasing rights to develop offshore wind capacity in the UK, in partnership with Macquarie’s Green Investment Group.

For the year ahead, Total plans to direct 20% of its $12bn capital budget into renewables and electricity projects.

Capital spending was reduced industry wide last year in response to the financial constraints of low oil prices and depressed fuel demand. However, crude markets have shown signs of recovery in recent weeks, with Brent above $50 per barrel since the start of the year and yesterday edging above $60 per barrel for the first time since January 2020.

Total said it is “preserving the flexibility to mobilise additional investments should the oil and gas environment strengthen”.