Rhenium is a strategic metal with military applications, and mine owner Northern Dynasty Minerals says new find could increase US domestic reserves by 84% 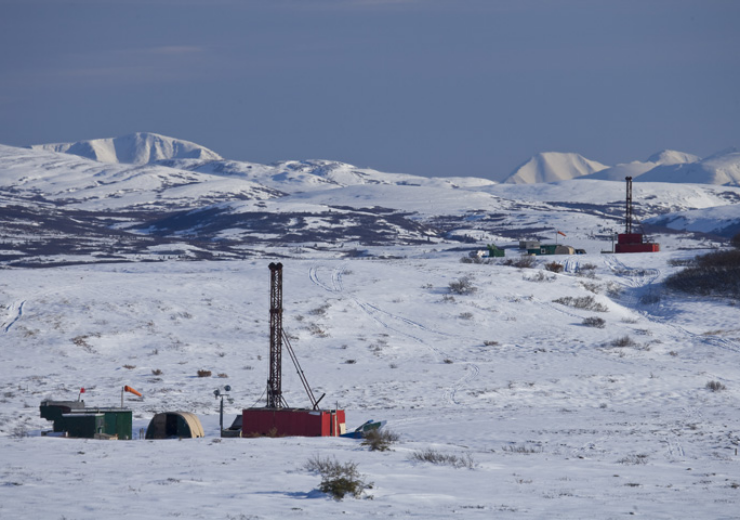 The Pebble project would be the largest mining venture in North America if approved (Credit: Northern Dynasty Minerals)

Northern Dynasty Minerals has discovered “substantial quantities” of rhenium – a strategic metal with military applications – at its Pebble mine project in south-west Alaska.

The Canadian miner said the combined measured and inferred deposit could increase the existing US resource base of rhenium by 84%, potentially boosting its chances of securing government approval for the mine’s development as it awaits the outcome of a highly-contested permit decision.

The Trump administration is actively seeking to strengthen domestic supplies of critical minerals – of which rhenium is one – in order to reduce the country’s dependence on foreign imports from places like China and Russia.

Northern Dynasty says the US currently relies on overseas producers for 82% of its rhenium needs. The mineral is frequently used in the construction of military jet engines and as a catalyst in high-octane fuel combustion.

A combined measured and inferred rhenium resource totalling 4.2 million kilogrammes (kg) has been identified at the Pebble mine, according to the company.

“The US military has identified rhenium as a critical mineral, and one the US must develop additional domestic production of in order to enhance its military security,” said Northern Dynasty chief executive Ron Thiessen.

“The development of Alaska’s Pebble Project would clearly go a long way toward filling that gap, while also addressing substantial US domestic supply deficits for other critical minerals – notably copper and silver.”

Pebble is claimed to be the world’s largest undeveloped resource of copper, gold, molybdenum and silver, but the project has courted controversy in the US amid concerns over environmental damage to the Alaskan region – particularly around the Bristol Bay area which is the most productive salmon ecosystem in North America.

Northern Dynasty has been pushing to develop the deposit for almost two decades, but has faced opposition from environmentalists and local groups concerned about its impact on the region.

The Obama administration blocked the mine’s development in 2014 on environmental grounds, but President Trump has since sought to reverse the decision. Victory for Democratic presidential candidate Joe Biden in November could cast further doubt on the project’s future.

The Washington Post reports that a handful of influential Republicans within the White House inner circle, including the president’s son, Donald Trump Jr., have recently called for the project to be blocked on the basis of protecting the prized Bristol Bay fishing area, to which they are regular visitors.

Republicans in Alaska endorsed the mine’s development earlier this week, citing job and revenue creation for the state. A recently-published survey by the US Army Corps of Engineers concluded the project would pose “no measurable effect” on fish populations.

“As a significant deposit of rhenium on US soil, development of the Pebble resource will materially advance America’s goal of achieving self-sufficiency in the critical minerals needed to support and sustain its economic growth, military security, manufacturing industries and transition to a lower-carbon future,” the company said in a statement.

Alaska has been the focus of much attention this week, after the US Interior Department sanctioned a leasing programme for oil exploration and production in the Arctic National Wildlife Refuge (ANWR) that has drawn criticism from native and environmental groups.