US regulators blocked the proposed Pebble mine last week on environmental grounds, leaving the miner with 60 days to request an appeal 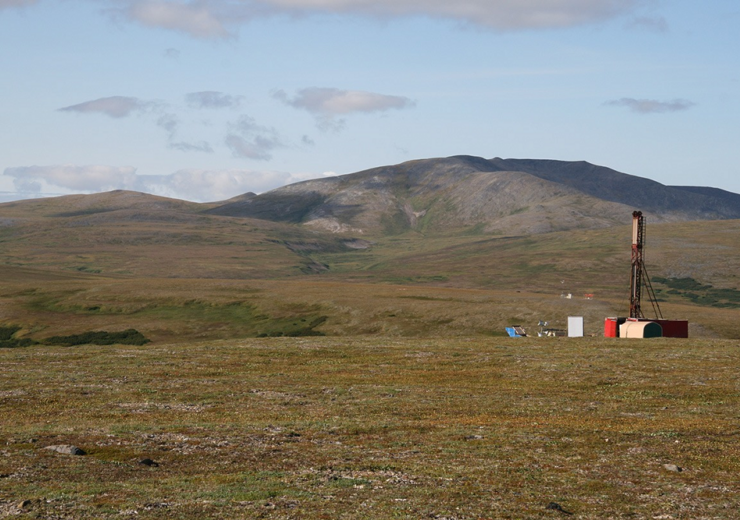 The Vancouver-based miner claims to have a strong case to overturn the regulator's decision (Credit: Northern Dynasty Minerals)

Northern Dynasty Minerals will appeal against a regulator decision to deny a permit for its proposed Pebble mine in Alaska.

Through its US-based Pebble Partnership subsidiary, the Canadian miner plans to prepare a “comprehensive and substantive” request for appeal after the permit application was blocked last week.

The Pebble mine has been touted as the world’s largest undeveloped resource of copper, gold, molybdenum, silver and rhenium, and would have been one of America’s biggest mining operations if approved.

But concerns over its potential environmental impact on the prized Bristol Bay salmon-fishing area sparked strong opposition to its development.

The US Army Corps of Engineers (USACE), the federal agency overseeing the regulatory process, determined on 25 November that the Pebble project would be non-compliant with water regulations, and that issuance of a permit would be “contrary to the public interest”.

A busy and controversial year for the Alaska Pebble mine

The permit denial prompted the Northern Dynasty’s share price to drop almost 60% in the days immediately following, and shares remain 55% below their value prior to the USACE notice.

Company executives railed against the decision, making claims of “political influence” and saying the US was “turning its back” on a key source of critical minerals at a time when President Trump has been taking steps to boost the country’s domestic supplies.

It follows a turbulent few months for the venture, in which the USACE initially appeared to give a favourable environmental assessment of the permit application in July, only to reverse its stance a month later and demand a Compensatory Mitigation Plan (CMP) from Northern Dynasty for how it would address “unavoidable adverse impacts to aquatic resources” to fishing grounds in south-west Alaska.

Sandwiched in between all this was the release of secretly-recorded interviews with Northern Dynasty chief executive Ron Thiessen and former Pebble Partnership CEO Tom Collier, in which “crass” and “offensive” comments were made boasting of influential relationships with senior officials in the US government.

Collier resigned his position after the exposé, although Thiessen has remained in charge after offering an “unreserved apology” for the comments.

The CMP was rejected by the USACE last week, leaving Northern Dynasty with 60 days with which to make its request for appeal.

“It is our view that this decision, the process by which it was reached and the facts upon which it is based stand as a significant outlier from standard USACE precedent and practice,” said Thiessen. “We believe there is a sound basis for this permitting decision to be overturned.”

He confirmed the company will take “a significant proportion of the time allotted” to prepare its appeal, during which it will complete “an exhaustive review of the administrative record” pertinent to the application process.

The miner claims the fact that a favourable Environmental Impact Survey (EIS) was originally delivered by the USACE gives it a firm basis to challenge the decision on “procedural, substantive and legal grounds”.

“Northern Dynasty believes the USACE has based its permitting decision on a Public Interest Review (PIR) that is wholly inconsistent with, and at times diametrically opposed to, findings in the final EIS,” the company said in statement.

Thiessen added: “We believe the facts are on our side, and we intend to pursue every avenue of appeal available to the company with vigour and determination.”

The appeals process will extend well into next year, by which time president-elect Joe Biden, who has indicated he would seek to block the project, will have taken office in the White House.

Efforts have been made to develop the Pebble mine for almost two decades, but have been hampered by opposition from environmental and local-community campaigners, culminating in President Obama’s decision to block it in 2014.

The election of President Trump breathed new life into the venture, after he sought to reverse his predecessor’s decision and allow a permit application as part of efforts to boost the country’s domestic supply of critical minerals and reinvigorate the mining industry.

However prominent Republicans close to President Trump, including his son, Donald Jr., later pressed for the mine to be blocked on the basis of protecting the Bristol Bay fishing area, to which they are regular visitors.

Former Pebble Partnership CEO Collier previously dismissed claims the decision to delay the permit had been politically-motivated, saying at the time of the CMP request that the White House had “nothing to do” with it.