The firm has commenced construction on a new expansion phase of an additional 3.5 million barrels of crude oil storage at MIEC 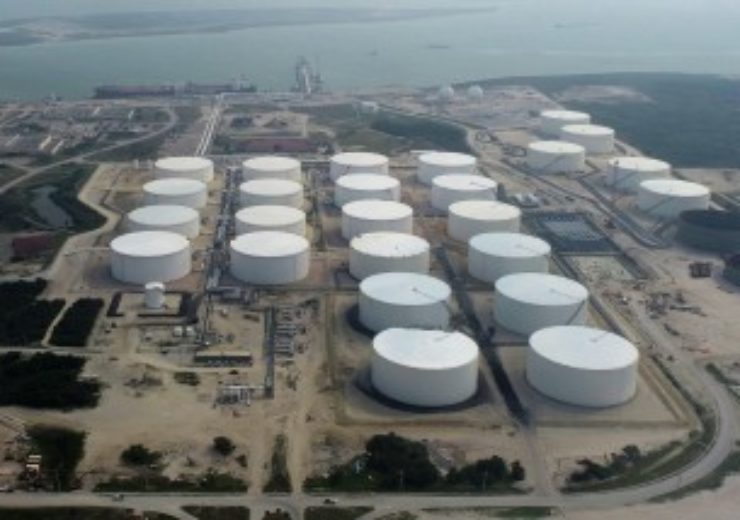 As part of the expansion of MIEC in Ingleside, Texas and the Moda Taft Terminal in Taft, the firm has placed the final 495,000 barrel tank into service.

With the completion of the storage expansion, the combined storage capacity at the two facilities now stands at about 12 million barrels.

Moda president and CEO Bo McCall said: “At a time when there is a pressing need for additional crude oil storage, the early delivery of the tanks is another example of Moda’s ability to consistently provide solutions to our customers.

“Bringing 10 million barrels of storage online in just over a year and a half is a major accomplishment.”

MIEC will have total storage capacity of more than 15.5 million barrels

The firm has commenced construction on a new expansion phase of an additional 3.5 million barrels of crude oil storage at MIEC.

It anticipates to start placing the storage tanks from the expansion into service later this year.

Upon completion, MIEC is expected to have a combined storage capacity of more than 15.5 million barrels.

The company has also secured permits to build the additional crude oil storage capacity at both MIEC and the Moda Taft Terminal.

MIEC, which is one of the major crude export facilities in the US, has direct connectivity to around 2.5 million barrels per day of Permian and Eagle Ford crude supply from four long-haul pipelines.

The Gray Oak Pipeline and the EPIC Crude Oil Pipeline, two of the pipelines, have recently commenced full service.

In 2018, Moda Midstream agreed to acquire the Oxy Ingleside Energy Center (IEC) Terminal which is located at the Port of Corpus Christi in Ingleside, Texas from Occidental Petroleum.