The total rare earth oxide (TREO) capacity of the planned integrated refinery in Western Australia will be 17,500 tonnes per annum 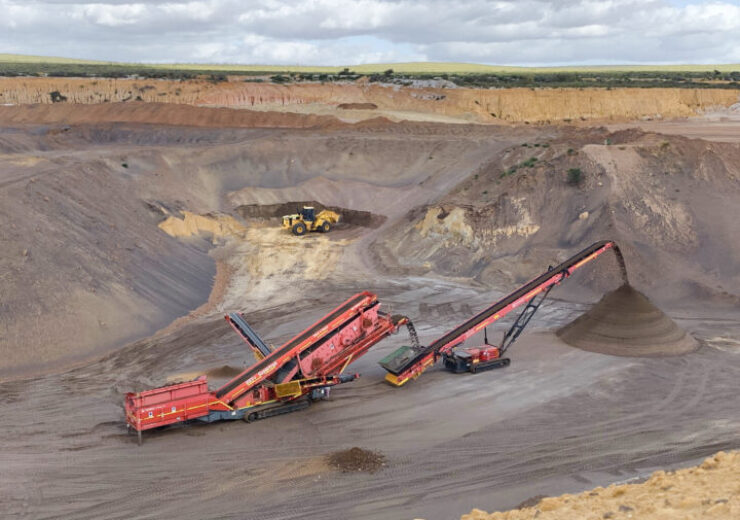 The FID follows the completion of the feasibility study for the project, which is said to have demonstrated robust economics and considerable potential for growth. The decision has also been driven by the agreement of a risk sharing arrangement with the Australian government, said Iluka Resources.

The agreement includes a non-recourse loan under the government’s A$2bn ($1.5bn) Critical Minerals Facility, which is administered by Export Finance Australia (EFA).

According to Iluka Resources, phase 1 of the Eneabba rare earths refinery involved the installation of a screening plant, while phase 2 will see the construction of a concentrator. Commissioning of the concentrator is slated for the first half of this year.

Phase 3 is aimed at setting up a fully integrated refinery for producing separated rare earth oxides.

Iluka Resources said that the Eneabba refinery will be able to process rare earth feedstocks procured from its own portfolio and from a variety of potential third party suppliers of concentrate.

Its total rare earth oxide (TREO) capacity will be 17,500 tonnes per annum. Expected to break ground in the latter half of this year, Eneabba rare earths refinery phase 3 is expected to achieve first production in 2025.

The refinery will produce neodymium, dysprosium, praseodymium, and terbium, which are critical inputs across a variety of industries and technologies that include electric vehicles, advanced electronics, sustainable energy, medical and defence applications.

Iluka Resources managing director Tom O’Leary said: “Phase 3 is not an opportunity without risk for Iluka. The partnership we have agreed with the Australian Government mitigates risk in a way that recognises the substantial contributions of both parties.

“It also provides a strong platform for Eneabba’s success as a sustainable, secure and globally competitive source of separated rare earth oxides. This is consistent with Iluka’s disciplined approach to capital allocation and the development pathway we have been pursuing for some time, based on the alignment of commercial and policy objectives.”

Iluka Resources said that major environmental approvals decisions from the state and federal governments for the refinery project have been made. Currently, the company is working towards obtaining further approvals and meeting other regulatory requirements.