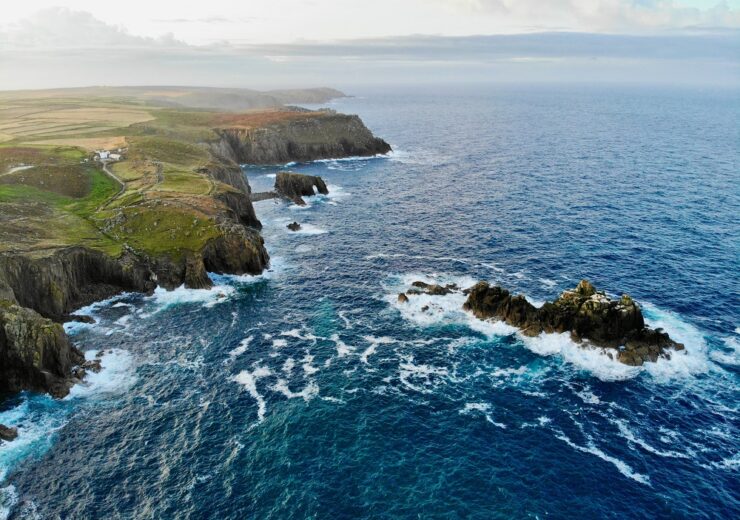 Initial sampling indicates “some of the world’s highest grades of lithium and best overall chemical qualities” found in geothermal waters “anywhere in the world”.

Global interest in the mineral is increasing rapidly amid the push for more electrified forms of energy generation in the low-carbon transition, in particular for the manufacture of the batteries to power electric vehicles.

Countries are racing to secure reliable, domestically-produced supplies of the metal, and the UK government has backed exploration efforts in Cornwall as part of efforts to develop battery technology as it targets net-zero emissions by 2050.

Cornish Lithium made its discovery at the United Downs Deep Geothermal Power Project near Redruth, Cornwall, which is the UK’s first geothermal power operation and being developed by Geothermal Engineering.

The pair recently secured government funding to build a £4m pilot lithium extraction plant at the site that will trial direct lithium extraction (DLE) technology – a method which captures dissolved lithium compounds from water without the need for large evaporation ponds.

Extracting lithium from geothermal waters is considered to be less carbon-intensive than existing methods, as the same waters can be used to generate zero-carbon electrical power and heat used in the process.

“We now have increased confidence that these lithium-enriched geothermal waters can be found at depth across Cornwall and believe that there is significant potential to replicate combined lithium and geothermal extraction plants in different locations across the county where Cornish Lithium has mineral rights agreements in place.”

The company said assessments had found average lithium concentrates of 220 milligrams per litre (mg/L) – with top-end concentrations of up to 260 mg/L.

Potential additional by-products such as boron, rubidium, caesium and potassium were also identified.

The total dissolved solids (TDS) concentration of the waters was measured at 29,000 mg/L – a level that is “exceptionally low” compared to other geothermal sites worldwide.

Cornish Lithium noted in particular that the presence of magnesium, a metal that can complicate lithium-processing operations, is extremely low at a concentration of only five mg/L.

Wrathall added: “These results show that Cornish deep geothermal waters, unlike others around the world, have low salinity, meaning much lower concentrations of elements such as magnesium and sodium.

“When these elements are present in high concentrations it can make it difficult and more expensive to separate out the lithium compounds. Cornish geothermal waters should therefore be highly suitable for extraction methods using DLE technology.”

Lithium has traditionally been extracted in one of two ways: solar evaporation from vast brine pools, as is common in South America, and hard rock extraction of lithium ore.

Numerous technologies are under development to simplify the extractive process – particularly from solar evaporation ponds, many of which are located in the Lithium Triangle region around Argentina, Chile and Bolivia – which can be time-consuming, logistically challenging and energy-intensive.

Cornish Lithium said: “Whilst salar brines are often much higher grade, they are difficult to process due to the presence of high levels of magnesium and other deleterious elements. Access to power in these remote locations also makes DLE challenging, or impossible.

“The results from the United Downs Geothermal Power Project demonstrate that this geothermal system has realistic potential to produce economic grades of lithium and, potentially, additional by-products.”

Rob Bowell, from resource consultancy SRK Consulting, said: “The lithium grades reported from the deep geothermal waters at United Downs are globally significant. Coupled with the low salinity of the waters, they should be highly amenable to lithium extraction using cutting-edge DLE technology.”

Cornish Lithium has been exploring several sites across Cornwall for mineral deposits in both geothermal waters and hard-rock deposits.

Earlier this year, it made a significant copper and tin discovery during exploratory drilling, the rights to which belong to Canadian miner Strongbow Exploration, uncovering rock formations with a grade of 7.46% copper.

In July, it raised more than £800,000 from shareholders to accelerate its exploration efforts, having identified “highly encouraging” signs of a commercially-viable lithium resource that could boost the UK’s efforts to establish a domestic supply of the metal.

The company is currently preparing for a new fundraising via Crowdcube.

Cornwall has a history of tin mining dating back to the Bronze Age, and in the 19th century was one of the world’s largest copper-producing regions – but the industry has been dormant for more than three decades.

Bowell said: “This is a fantastic opportunity for Cornwall to lead the charge on environmentally-responsible extraction of this critical raw material in Europe and beyond.”