Columbus Energy Resources, an oil and gas company focused on operations in onshore Trinidad, has completed a previously announced acquisition of Steeldrum Oil. 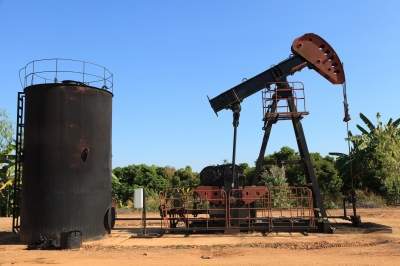 Image: An oil pump in operation. Photo: courtesy of suwatpo/Freedigitalphotos.net.

The Company also confirms that the quarterly Operations and Business Update for Q3 2018 will be reported via RNS on 10 October 2018, followed by a presentation by Columbus’ Executive Chairman, Leo Koot, to shareholders and other stakeholders that evening, with drinks from 6.30pm and the presentation commencing at 7.00pm at Manicomio, 6 Gutter Lane, London EC2V 8AS.

Columbus executive chairman Leo Koot said: “We are very pleased to have completed the acquisition of Steeldrum, which I believe will be a material step in the growth of Columbus and establish a very solid base for our Trinidad operations.

“The Company now has a large, well balanced portfolio of assets strung across the south and south-west of Trinidad.  The portfolio includes low-risk but highly prospective exploration opportunities in the South West Peninsula (“SWP”), a development project in Cory Moruga and 5 producing oilfields (Goudron, Innis Trinity, South Erin, Bonasse and Icacos).

“This provides the Company with an excellent opportunity to exploit our existing and new assets through operational excellence and also grow organically through exploration and the Cory Moruga development project.

“We will now focus on growing production and revenues in Innis Trinity and South Erin through the adoption of a similar operational strategy to our existing fields.

“We expect all integration issues associated with Steeldrum transaction to have been addressed by the end of Q4 2018.

“As set out in our Interim Results on 27 September, the Company’s objective is for production from Trinidad to exceed 1,000 bopd by the end of 2018 and the consolidated group, post the Steeldrum transaction, is expected to remain operationally cash flow positive.

“Additionally, as part of the transaction, we will have access (at preferential rates) to a drilling rig suitable for our planned exploration activities in the SWP and a production rig.

“I am delighted to have completed this deal with Steeldrum and we are on track to building a core exploration, appraisal, development and production hub in the south and south-west of Trinidad.”

Information on the Steeldrum transaction and the combined Columbus – Steeldrum group

At the time of announcing the Steeldrum transaction, the Company also announced the availability of a short-term Convertible Security facility (the “2018 Lind Facility”), which provides the Company with the right, but not the obligation, to drawdown up to US$3.25 million.

The 2018 Lind Facility provides the Company with access to additional funds, should they be required, to support the Steeldrum transaction, including costs associated with integrating the two companies or accelerating certain operational activities.  The 2018 Lind Facility specifically contemplates the ability to draw down US$1.25 million (of the US$3.25 million) to repay a US$1.25 million loan taken out by Steeldrum with North Energy Capital AS (“North Energy” and “North Energy Loan”).

Talon is not beneficially owned by the Columbus group.  The Company has made no decisions as to whether it will drawdown any of the US$2.0 million remaining under the 2018 Lind Facility, once the above-mentioned US$1.25 million has been drawn-down for repayment of the North Energy Loan.

The consolidated group, post the Steeldrum transaction, is expected to be operationally cash flow positive.

Completion of the Steeldrum transaction

Consistent with the Company’s announcement on 10 September 2018, the Company has issued 109,166,209 ordinary shares to the sellers of Steeldrum (“Sellers”) to complete the acquisition (the “Steeldrum Completion Shares”).

The shares issued comprise the consideration shares totalling 92,743,775 and 16,422,434 deferred consideration shares following the re-issue of the Cory Moruga E&P licence. The Steeldrum Completion Shares (equivalent to 16.8% of the current issued share capital) will rank pari passu in all respects with the Company’s existing ordinary shares.

Application has been made for the Steeldrum Completion Shares to be admitted to trading on AIM, (“Admission”), and it is expected that Admission will become effective and that dealings will commence on or around 11 October 2018.

The Sellers are subject to certain lock-in arrangements that will prohibit them divesting the Steeldrum Completion Shares for a period of at least 6 months post completion, save for 10% of the base consideration shares.

Steeldrum is also the parent company of Talon Well Services Ltd (“Talon”), which owns a drilling rig, suitable for the Company’s planned exploration activities in the South West Peninsula, and a production rig located in Trinidad.

There is a risk that Petrotrin may not consent to the Steeldrum transaction and seek to terminate the relevant agreement although the Company does not expect this to be the case and will continue to liaise with Petrotrin to seek its consent.

Steeldrum currently engages Gelco Energy Consultants to provide Managing Director services for the Steeldrum group.  Post completion of the Steedrum transaction, the Company will continue with these arrangements on terms commensurate with the current Columbus management team.