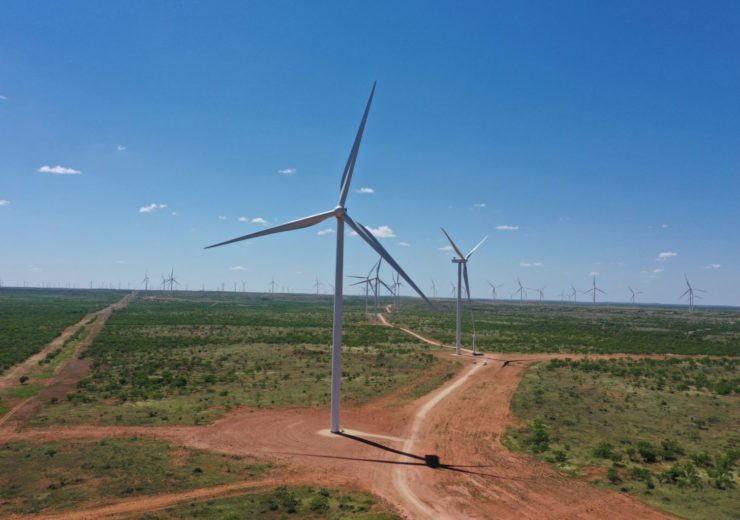 Located in one of the windiest corridors of West Texas, the Mesquite Star wind farm is powered by 118 of Siemens Gamesa’s wind turbines.

The wind project was constructed by Blattner Energy and during the construction phase, more than 300 jobs were created and millions of dollars invested locally.

BHE Renewables made a tax equity investment in the Mesquite Star wind farm. The wind farm’s construction began in last May.

A banking group led by Mizuho had provided a loan to finance construction of the wind farm.

Clearway Energy Group CEO Craig Cornelius said: “We’re proud of the team that came together to bring this project to life. Successfully launching a project like this, at a time like this, demonstrates the durability of this industry even under the most difficult circumstances.

“Mesquite Star will provide clean, affordable wind power in the Lone Star State for decades to come while supporting our customers in meeting their sustainability and clean energy goals. We thank our customers, landowners, construction partner, and the many others involved in the success of this project.”

The Mesquite Star  will supply power to several corporate customers

The clean energy generated from the wind farm will be supplied to several corporate and institutional customers such as Ecolab, Lowe’s, Intuit, and Brown University under long term power purchasing agreements.

In May, Clearway announced that it recently commenced construction on the 160MW Rattlesnake Flat wind farm in Adams County, Washington.

The Rattlesnake Wind project, which will powered by a total of 57 turbines supplied by Siemens Gamesa Renewable Energy, holds a 20-year power purchase agreement with Avista.