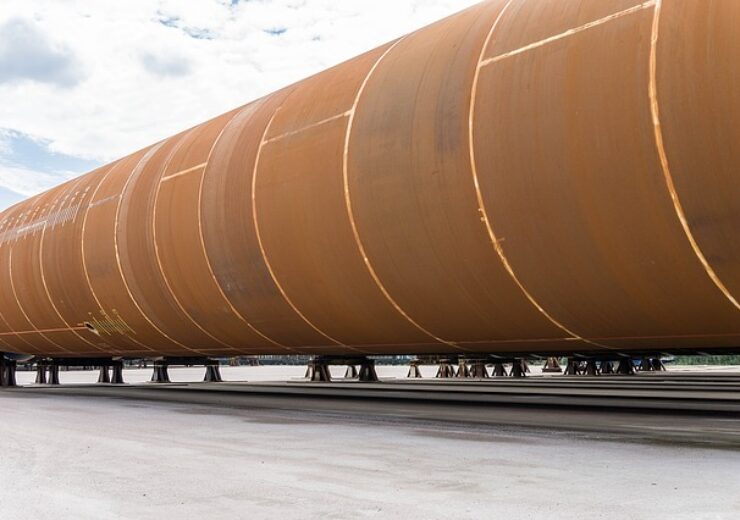 The AMGP pipeline will be a 950km long gas pipeline between NT and South Australia. (Credit: Tobias Lindner from Pixabay)

The project is planned to be a 950km long 16inch gas transmission pipeline which will provide direct access from the Amadeus Basin in the Northern Territory (NT) to the Moomba gas supply hub located in South Australia.

FID for the AMGP pipeline targeted for second half of 2021

The partners in the pipeline project are expected to take an FID in the second half of 2021. This would allow the partners to begin construction on the gas pipeline in 2022 with deliveries of first gas targeted for the first quarter of 2024.

The role of the AMGP pipeline will be to considerably reduce gas transportation costs from the Northern Territory to the east coast through its direct pipeline connection to Moomba.

The proposed gas pipeline is designed to have a free-flow capacity of 124 terajoules (TJ) per day or 45 petajoules (PJ) per year. The pipeline will be expandable by adding compression, said Central Petroleum.

Central Petroleum CEO and managing director Leon Devaney said: “The AMGP is strongly aligned with various initiatives to boost east coast gas supply as traditional supplies from Bass Strait and the Cooper Basin decline. When you look at the distribution of untapped gas resources across Australia, the AMGP makes perfect sense given the large volumes of onshore and offshore gas available in the NT.”

The AMGP pipeline is expected to transport gas produced from Central Petroleum’s operated fields in the Amadeus Basin apart from production from additional third-party uncontracted conventional gas reserves that could take part as foundation volumes to supply the east coast starting from the year 2024.

AGIG CEO Ben Wilson said: “We are delighted to partner with Central Petroleum and Macquarie Mereenie by signing an MOU for the development of this significant new pipeline. We are focused on delivering for our customers, and also benefitting the gas markets in the NT and in Eastern Australia.”