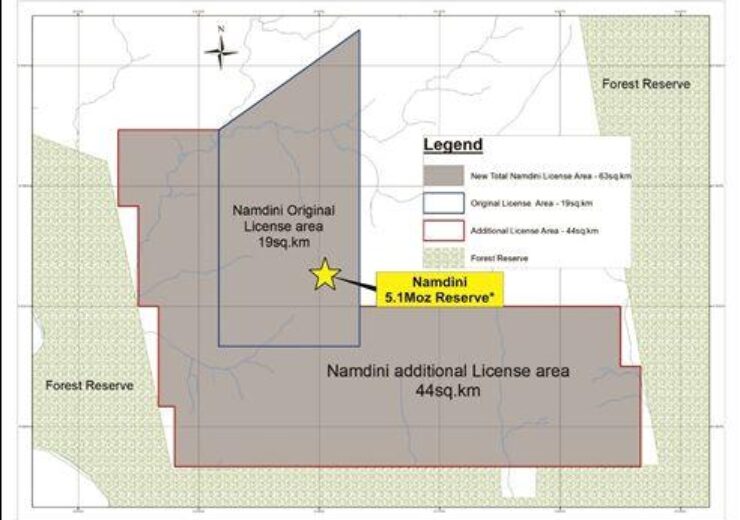 “It is most pleasing to have the Minister for Lands and Natural Resources and the Minerals Commission of Ghana support our Mining Licence which has led to the Sovereign Ratification of our Mining Licence by the Parliament of Ghana. This Ratification and the recent issuing of the Environmental Protection Agency (EPA) Permit along with our Water Extraction Permit and Relocation Action Plan Approval, places the Namdini Gold Project into an extremely secure and solid position for development.”

“The Company would also like to acknowledge the Local Community, Traditional Council, Local and National Governments for their admirable support of the Namdini Gold Project.”

The Large-Scale Mining Licence originally covered 19km2 in the Dakoto area of the Talensi District in the Upper East Region of Ghana and has now been expanded to an area of 63 km2; the maximum allowable (Figure 1).