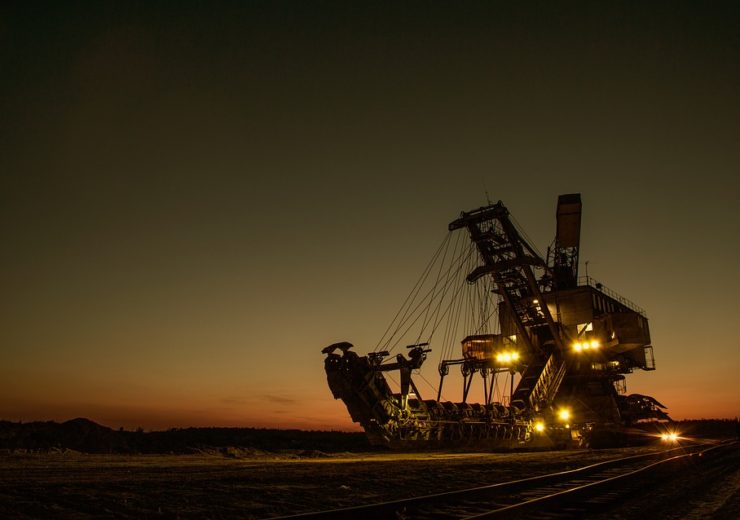 Multi-directional diamond drilling on the first level of the Castle Silver-Cobalt mine is expanding the footprint of massive cobalt, nickel and silver mineralization near the adit entrance where drilling last year returned high grades (refer to Nov. 2, 2018 news release).

A total of 13 drill holes have already been completed in the adit entrance area with visible mineralization noted in a majority of them.  Niton XRF (X-ray fluorescence) analysis of these new holes is consistent with values reported Nov. 2, 2018, in sections over a broad area as drilling fans out to fully test the continuity of the main vein.  This near vertical vein extends for a minimum of 80 meters from the adit entrance and also features sub parallel veins.

Multiple prospective areas of the first level, which extends for hundreds of meters east-west and north-south, will be tested during this second phase of underground drilling including the newly-discovered “Jackpot” zone near Shaft No. 3 that was inaccessible last year.

Cobalt grades intersected in the Castle mine (refer to Feb. 19, 2019 news release), previously only exploited for its native silver, are considered very high in a global context.  From the same Castle waste material, Canada Cobalt has poured initial silver dore bars (refer to Oct. 16, 2019 news release) while its proprietary and environmentally friendly Re-2OX Process has demonstrated the ability to remove 99% of the arsenic to produce a battery grade cobalt sulphate (refer to Aug. 15, 2018 news release).

Canada Cobalt is now permitted to carry out underground blasting at Castle which will greatly assist the company’s exploration efforts during this new phase of drilling.

Compelling new geological interpretations are emerging regarding deposit potential east and northeast of Castle and the Gowganda Camp’s two other past producing high-grade silver mines, Capitol and Siscoe, all located within a radius of less than two kilometers.  These mines were at the narrow, shallow edge of the Nipissing diabase, and the Archean rocks to the east and the deeper parts of the Nipissing diabase (both recently shown to be very fertile) were never systematically explored.

Canada Cobalt’s surface drilling in the summer and fall of 2018 outlined a robust near-surface hydrothermal system with multi-gram gold-bearing quartz veins and a halo of disseminated nickel and copper mineralization in Archean volcanics in between the Siscoe mine, several hundred meters to the west, and a 2011 drill hole that has yet to be followed up on.  This drill hole pushed through the Archean volcanics and entered the Nipissing diabase (gabbro), cutting a remarkable 40,944 grams per tonne silver (1,194 ounces per ton) as well as 0.91% cobalt over 0.45 meters within a broader core length of 3.1 meters grading 6,476 g/t silver (189 ounces per ton) and 0.14% cobalt (refer to Aug. 25, 2011 news release, Granada Gold) at a vertical depth of approximately 420 meters.

(The 2011 drilling and drill core sampling, including the quality assurance/quality control, were supervised by Mr. Doug Robinson, P.Eng. and project geologist.  Core was sent to Accurassay Laboratory in Timmins, Ontario, for sample preparation and to their Thunder Bay laboratory for analysis.  Silver was assayed by fire assay with AA check with additional pulp and metallics done on samples where significant silver was identified.  Analytical accuracy and precision were monitored by the analysis of reagent blanks and reference materials at the lab.  Quality control was further assured by the insertion of blind certified standard reference material and blanks into the sample stream at regular intervals by Mr. Robinson in order to independently assess analytical accuracy.)

Plans are underway for fresh drilling at Castle East to follow up on the high-grade discovery potential of this area.  A comprehensive regional update, including a summary of last year’s results, will be provided in early November followed by planned new drilling.

As an environmental leader in the Northern Ontario Silver-Cobalt Camp, Canada Cobalt is proceeding with voluntary rehabilitation at both the Castle and Beaver mines.  These efforts are focused on areas where historic high-grade mining (stamp mills) left behind material believed to be metal and arsenic rich.  Canada Cobalt views this opportunity for shareholders to be significant.

Canada Cobalt’s 90-day due diligence for the proposed acquisition of privately-held PolyMet Resources Inc. (see Oct. 10, 2019 news release) is proceeding positively and ahead of schedule.  As contemplated through the binding LOI, completed at a strategic time in the precious metal cycle, the PolyMet Lab and mineral processing facility in the town of Cobalt vertically integrates Canada Cobalt and allows for multiple potential near-term revenue streams (bullion pouring, bulk sampling, commercial assaying and e-waste).  This facility would be the new headquarters for Canada Cobalt and its Re-2OX Process.

Further to the company’s October 1, news release, Canada Cobalt is in the process of successfully completing its $1 million private placement at 35 cents per unit, and first closing is anticipated in the coming days.