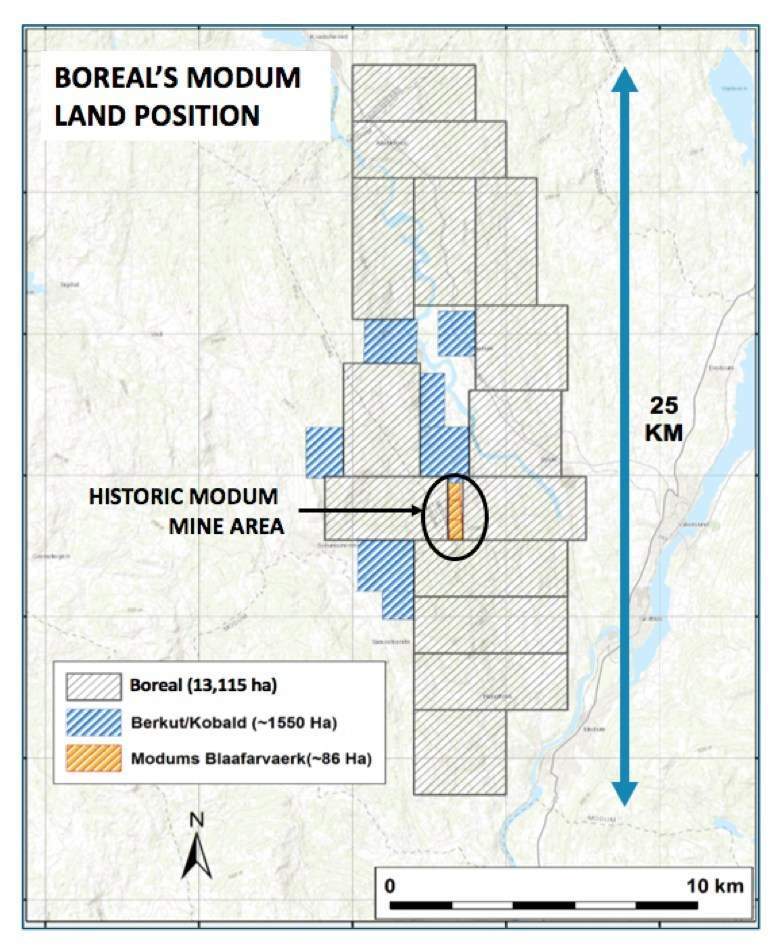 Acquired in February from EMX Royalty through a share-exchange deal, the Modum cobalt project surrounds the Skuterud Mine which is estimated to have delivered more than 80% of the world’s commercially produced cobalt in the 1820’s and 1830’s with copper being the byproduct.

Boreal Metals president and CEO Karl Antonius said: “This is an exciting time for Boreal as we begin exploring for cobalt in this historic mining district.

“The Skuterud Mine was Europe’s largest and highest-grade producer of cobalt through the nineteenth century.”

Boreal Metals said that it has kicked off surface sampling and mapping programs at the Modum cobalt project, which makes up one of the four Scandinavian “battery metal” related projects controlled by the company’s subsidiary Boreal Energy Metals.

According to the Canadian miner, the cobalt deposits contained in the Modum District are hosted in steeply dipping, north-south trending Mesoproterozoic sedimentary rocks.

Boreal Metals revealed that initial work programs at the project will involve surface sampling of soil and till materials along the geologic trend of the historic mining areas. The company aims to indentify extensions of the known mineralization zones and also new exploration targets through the initial work programs.

The Canadian miner is looking to cover the entire claim block and has plans to place sampling lines along important geologic targets that will be perpendicularly oriented to the extension direction of known mineralization.

Further it has deployed its sampling teams, which are recording crucial geologic information and updating geologic maps of the region. These data and observations are planned to be used for refining drill targeting and for marking high priority targets for follow-up drill programs.