Biggest nuclear power plants in the US 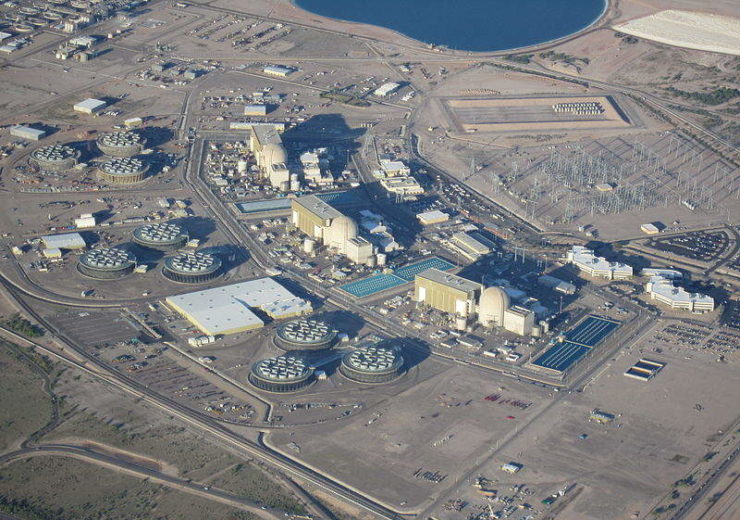 According to the World Nuclear Association, the US’ nuclear reactors generated 805 billion kWh of electricity in 2017. Operated by various companies, the country has 98 operating nuclear power reactors in 30 states.

The nuclear plants have recorded an average capacity factor of more than 90% since 2001, producing about 807TWh annually.

NS Energy profiles the biggest nuclear power plants in the US:

With a production capacity of 3.9GW, it is the biggest nuclear power plant in the US. The plant is located nearly 88.5km west of downtown Phoenix near the town of Wintersburg, Arizona.

Power produced by the Palo Verde Generating Station is supplied to customers in the states of Arizona, California, New Mexico and Texas.

According to Arizona Public Service, the nuclear power plant recycles over 20 billion gallons of wastewater from nearby municipalities to cool the plant.

The plant employs 2,500 people. It is claimed to the largest single commercial taxpayer in Arizona. It offers an annual economic impact of over $2bn through taxes, salaries, material and service purchases, and others.

Located on the Tennessee River near Decatur and Athens, Alabama, the Browns Ferry Nuclear Plant occupies second place in the list of the biggest nuclear power plants in the US. With a capacity of 3.4GW, the plant features three General Electric boiling water reactor (BWR) nuclear generating units.

Opened in 1974, the facility is owned entirely by the Tennessee Valley Authority (TVA). It accounts for about 10% of total electricity produced by TVA. The unit 1 of the power plant started commercial operations on 20 December 1973.

Unit 1 received renewal of original 40 year license from the Nuclear Regulatory Commission (NRC) to operate until 2033. According to TVA, the facility employs 1,400 full-time employees onsite.

The facility features two Westinghouse Pressurized Water Reactors. Avoiding the need for cooling towers, a 7,000-acre (2,800 ha) reservoir is the used to cool the facility. It is operated by STP Nuclear Operating Company.

It stands at third position in the list of biggest nuclear power plants in the US.

With construction beginning in 1967, the Oconee Nuclear Station started operations in 1973. Since then, the facility has generated over 500 million MWh of electricity, according to Duke Energy.

While unit 1 of the facility was commissioned in 1973, unit 2 & 3 entered into operations in 1974. The facility used uranium as its fuel.

Each uranium pellet is enclosed in metal rods 12 feet tall. The power plant is the second nuclear station in the US to receive license renewal from the NRC for an additional 20 years.

With a power generation capacity of 2.3GW, the Braidwood Generating Station is located in Will County in northeastern Illinois. The facility supplies electricity to  customers in Chicago and northern Illinois.

The plant is one of six high performing Illinois nuclear facilities owned and operated by Exelon Generation. Braidwood has been in operation since 1988.