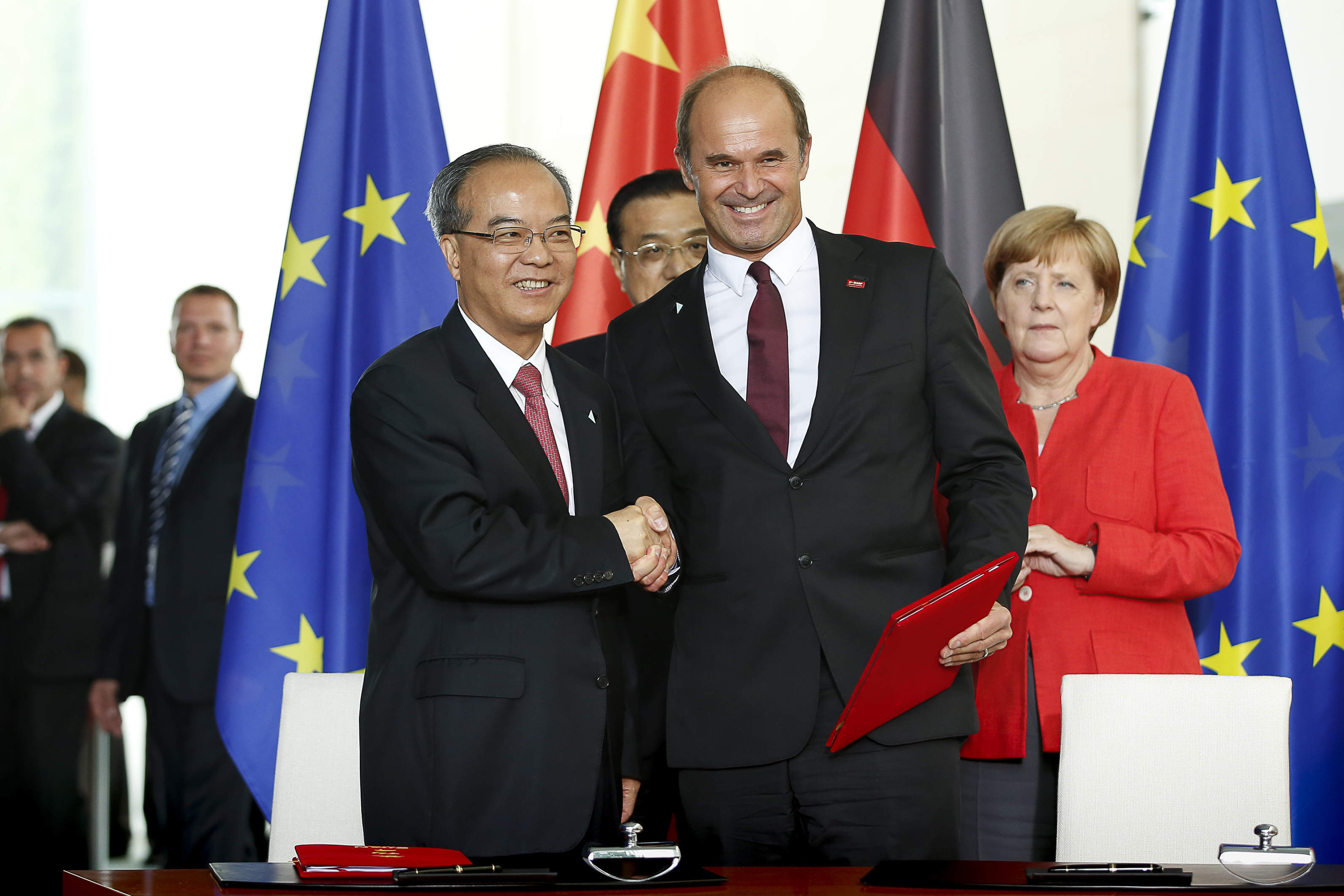 Image: Officials from BASF among others during MoU signing ceremony. Photo: courtesy of BASF SE.

As part of this effort, BASF has signed a non-binding Memorandum of Understanding with Guangdong Province.

The MoU has been signed by BASF board of executive directors chairman Martin Brudermüller and Guangdong Province executive vice governor Lin Shaochun, in the presence of Germany’s Chancellor Angela Merkel and the Chinese Premier Li Keqiang.

BASF, which currently operates six Verbund sites globally, said that the proposed chemicals project would be its largest investment and the second of its kind in China.

The initial integrated phase of the project would involve construction of petrochemical plants and a steam cracker with a planned capacity of 1 million metric tons of ethylene per year.

BASF said in a statement: “In the next phases, plants for more consumer-oriented products and solutions would be built, to serve sectors like transportation or consumer goods. The site would ultimately be the third-largest BASF site worldwide, following Ludwigshafen, Germany, and Antwerp, Belgium.

“At the new site, BASF intends to implement a comprehensive smart manufacturing concept based on cutting-edge technologies. In the future, customers based in South China would be supplied from this high-tech Verbund site.”

Last year, BASF has signed a letter of intent with LetterOne to merge their oil and gas subsidiaries Wintershall and DEA, respectively, to create one of the largest independent exploration and production firms in Europe.

Upon completion of the deal, BASF will have 67% stake in Wintershall DEA while LetterOne will own the remaining 33% interest.