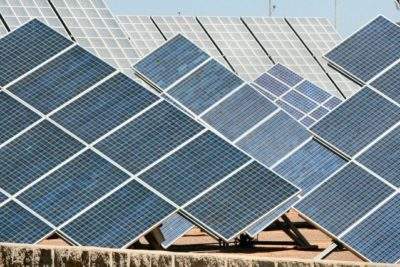 In this regard, Azure Power has signed a letter of award (LOA) for the Interstate Transmission System (ISTS) grid connected solar photo voltaic (PV) project with NTPC.

The new solar power plant, which is slated to be completed in early 2021, can be located anywhere in India and is expected not to be built inside a solar park.

Azure Power won the rights for the project by bidding a rate of Rs2.59 ($0.36) per kWh. Power produced by the new solar power plant will be sold at the rate to NTPC for 25 years.

Azure Power founder, chairman and CEO Inderpreet Wadhwa said: “Our long history of superior solar power operations with NTPC from the inception of National Solar Mission has contributed to our success of winning this 300 MW project with NTPC.

“We are delighted to make a contribution towards the realization of our Hon’ble Prime Minister’s commitment towards clean and green energy, through solar power generation.”

Last month, the Indian solar power producer secured an investment of $100m from La Caisse de dépôt et placement du Québec (CDPQ), which enabled the Canadian institutional investor to raise its stake in it to 40%. The investment from CDPQ took the overall capital of Azure Power to $240m.

In July 2018, the company disclosed winning of a 160MW solar power project in the North Indian state Uttar Pradesh through an auction held by the Uttar Pradesh New & Renewable Energy Development Agency (UPNEDA).

The project was bagged by bidding a tariff of Rs3.55 ($0.052) per kWh with the company signing a 25-year power purchase agreement (PPA) with the Uttar Pradesh Power Corporation (UPPCL).

Prior to the project win in Uttar Pradesh, Azure Power bagged rights to develop a 600MW solar power project in an auction conducted by the Solar Energy Corporation of India (SECI).