Canadian electric services company BC Hydro has awarded a contract to Allteck for the Site C Dam’s transmission line. 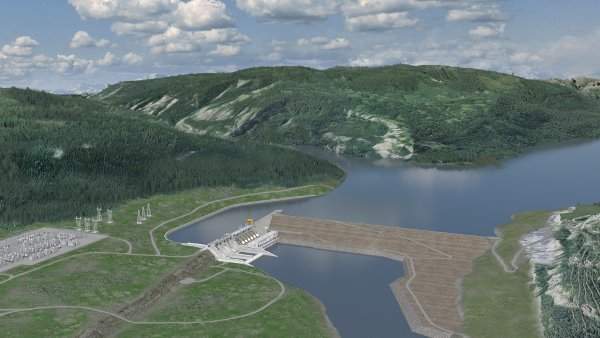 Under the $113m contract, Allteck will build two new 500kV, 75km transmission lines along an existing right-of-way between the Site C project and the Peace Canyon generating station in British Columbia, Canada.

Located on the Peace River in northeast BC, the Site C dam and hydroelectric generating station will have capacity to provide 1,100MW of power.

It will be capable of producing about 5,100GW of clean electricity annually which is enough to power the equivalent of about 450,000 homes per year in British Columbia.

BC Hydro said that the new transmission lines will help deliver power produced at the dam to other parts of the province.

Work under the contract is scheduled to commence this summer and is planned to be completed in 2023.

The contract work is expected to create approximately 130 people at the peak of construction phase in early 2019.

Additionally, a labor agreement has also been signed by Allteck with the IBEW Local 258 for electrical work.

Construction of the project communed in 2015 and is scheduled to be completed in 2024. It is expected to have an operational life of more than 100 years.

Earlier this year, BC Hydro has awarded a contract to ATB Riva Calzoni Hydro Canada to provide the hydro-mechanical equipment for the Site C project.

The contract has been awarded following a comprehensive evaluation and due diligence process, BC Hydro said.

Under the contract, ATB Riva Calzoni Hydro Canada is responsible for the design, supply and commissioning of all gates, hoists and embedded parts associated with the generating station and spillways component of the project.