Expected to begin production in Q1 2025, the two North Sea discoveries will have a tieback to the existing infrastructure on East Kameleon and beyond that to the Alvheim FPSO 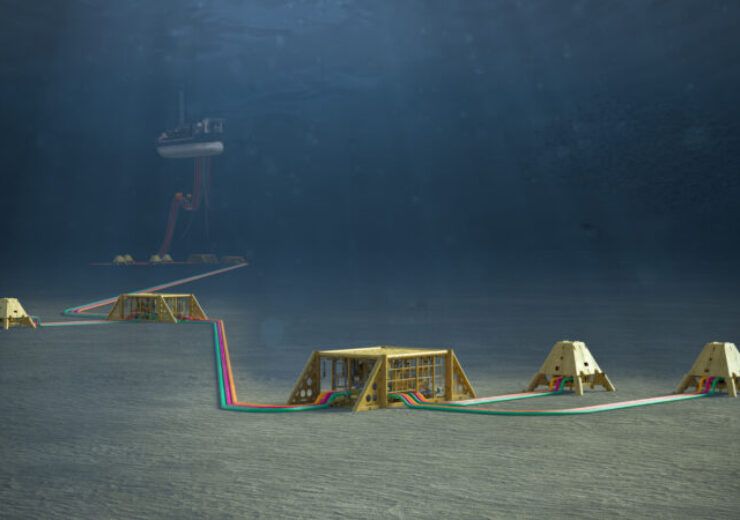 Illustration of the subsea tieback of the Trell and Trine discoveries. (Credit: Aker BP)

Aker BP and its partners have submitted a plan for development and operation (PDO) for the Trell and Trine discoveries in the Alvheim area of the Norwegian North Sea to the Norwegian Ministry of Petroleum and Energy.

The development of the fields is expected to involve an investment of about NOK6bn ($621m). It will be through a tieback to the already available infrastructure on East Kameleon and beyond that to the Alvheim floating production storage and offloading (FPSO).

East Kameleon along with the Kneler, Boa, and Kameleon structures is part of the Alvheim field.

Production from the Trell and Trine project is anticipated to commence in Q1 2025.

Aker BP is partnered by Petoro and LOTOS Exploration & Production Norge in production licences 102 F/G and 036E/F, which contain the discoveries.

“This is yet another confirmation of a success story on Alvheim that we and our partners can be proud of. From an operational perspective, the Alvheim area is one of the most cost-effective on the Norwegian shelf, and the resource base has expanded dramatically since the field came on stream.”

As per the PDO, the Trell and Trine project will use the planned extended lifetime for the Alvheim field. The offshore project will boost production of Alvheim as well as cut down unit costs, and reduce emissions of CO2, said Aker BP.

Hersvik said that the Alvheim area will cross production levels of 750 million barrels in either production or sanctioned for development after the approval of the PDO for the Trell and Trine development.

The Trell and Trine discoveries are 24km east of the Alvheim production vessel. The two discoveries are estimated to have around 25 million barrels of oil equivalent (boe) in recoverable resources.

Their development will involve the tieback of three wells and two new subsea installations.

According to Aker BP, one of the three wells is Trell Nord, which is yet to be proven, but has a high chance of discovery.