The Karaikal LNG import facility, which is being constructed on a 12-hectare site within the Karaikal Port, will have an initial capacity one MTPA 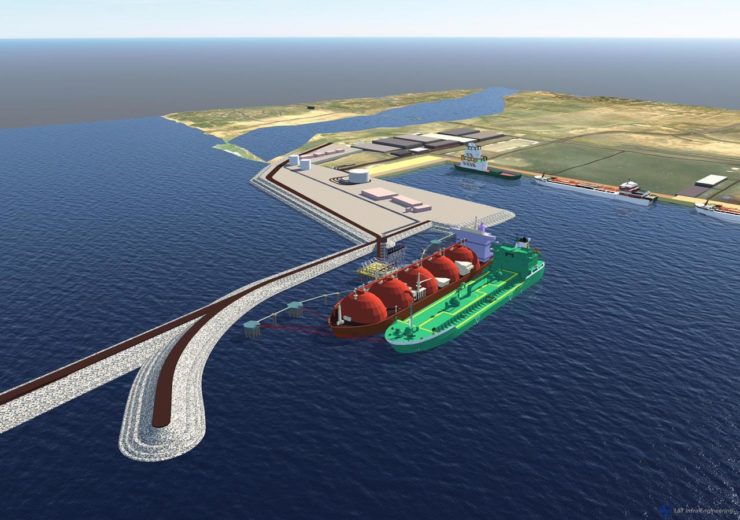 Atlantic, Gulf and Pacific (AG&P) has started construction on the $200m Karaikal LNG import facility at the Karaikal Port in the Indian territory of Puducherry.

The Singapore-based company announced the liquefied natural gas project (LNG project) in November 2017 and was originally expected to be commissioned in mid-2019. The LNG import terminal is now expected to begin commercial operations by the fourth quarter of 2021.

The Karaikal LNG Import Facility, which is being constructed on a 12-hectare site within the Karaikal Port, will have an initial capacity of one million tonnes per annum (MTPA).

The LNG project will feature a floating storage unit (FSU), which will be leased from 2021 through a long-term charter agreement with ADNOC Logistics and Services (ADNOC L&S). AG&P claims that the leasing of the FSU will help in offering an efficient solution that will facilitate the supply of clean fuel at affordable prices.

AG&P terminals and logistics president Karthik Sathyamoorthy said: “With the addition of AG&P’s LNG import terminal, the Karaikal Port will become a gateway for the delivery of cleaner and lower-cost fuel to downstream demand centers that are unable to access natural gas today.

“Our goal is to bring down the unit cost of regasification terminals for smaller volumes to make LNG commercially viable for scattered and smaller customers. We will achieve this at Karaikal through the unique solution we are implementing with our partners such as ADNOC L&S.”

To be owned and operated by AG&P, the LNG import terminal on the east coast of India will offer natural gas to power plants, and industrial and commercial customers within a radius of 300km.

Additionally, the Karaikal LNG terminal will serve the major city gas networks of AG&P and other city gas firms that bring CNG and LNG to vehicles and piped natural gas to residences and other establishments.

According to AG&P, the new LNG import terminal will complement Indian Oil’s LNG terminal at Encore and will offer wider gas accessibility to Puducherry and Tamil Nadu.

AG&P CEO JM Sigelman said, “AG&P is deeply honored to have the opportunity to bring Karaikal LNG to fast-growing and dynamic Southeast India. It will become a landmark infrastructure development for the region and is ideally suited for the Karaikal Port, a critical center of trade.

“AG&P takes on the value chain from import of LNG through to delivery of gas to end-customers – vehicles, kitchens, large and small factories, power, restaurants and malls. Karaikal LNG is a cornerstone project for Pondicherry, Tamil Nadu and Karnataka that will provide clean, affordable fuel.”