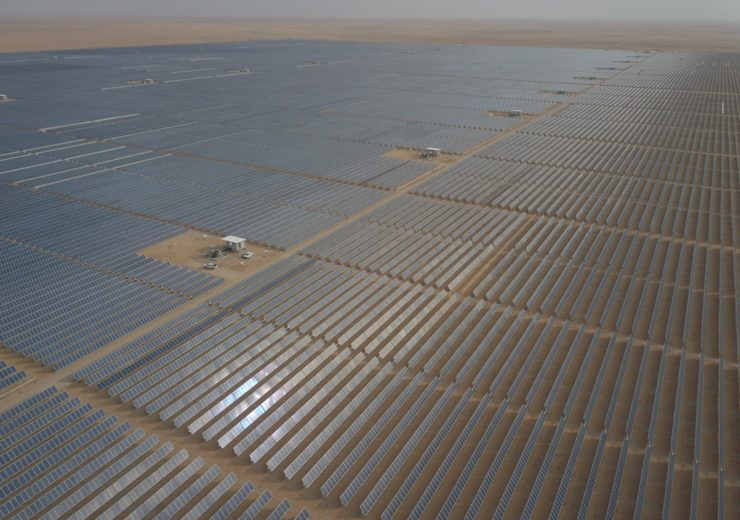 ACWA Power has energised the 300MW Sakaka PV IPP (Sakaka solar plant) in the Al Jouf province in Saudi Arabia by connecting it to the national electricity grid.

Built with an investment of SAR1.2bn ($320m), the Sakaka plant is the first utility-scale renewable energy project in country.

The Sakaka solar plant, which has been developed under the King Salman Renewable Energy Initiative, has started initial production as part of a pilot phase. The Arabian solar power plant is slated to achieve full commercial operation by the year end.

ACWA Power and AlGihaz are the joint owners and developers of the solar plant with stakes of 70% and 30%, respectively. The project was awarded by Saudi Arabia’s Renewable Energy Project Development Office (REPDO) to build, own, and operate it at a tariff of $0.0234/kWh.

The solar power plant, which is spread over an area of 6km2, will provide power to 45,000 households in the Al Jouf province, while helping the region offset more than 500 tonnes of carbon dioxide annually.

The Sakaka solar project broke ground almost a year ago after ACWA Power and AlGihaz reached financial closure on it. The engineering, procurement, and construction contract for the solar plant was given to a consortium of India-based Mahindra Susten and Chint Solar (Zheijang), a Chinese solar PV modules manufacturer.

The operations and maintenance contract for the Sakaka solar project is held by Diaa Sakaka Operation and Maintenance, an affiliate of First National Operations & Maintenance (NOMAC).

ACWA Power chairman Mohammad Abunayyan said: “ACWA Power is proud to contribute to the sustainable development efforts of the Kingdom through the deployment of the Sakaka PV project, which accelerated the pace of renewable energy utilisation and bolstered the fulfilment of energy demand in KSA.

“In alignment with the goals of Vision 2030, Sakaka PV IPP has successfully contributed to the economic diversification, development of human capital and the elevation of national competencies to ensure a better future for upcoming generations.”