Japanese conglomerate Hitachi had planned to build the £20bn Wylfa Newydd nuclear power station in Anglesey, Wales, by the mid-2020s - adding to the growing list of upcoming nuclear facilities in the UK that also includes Hinkley Point C and Sizewell C 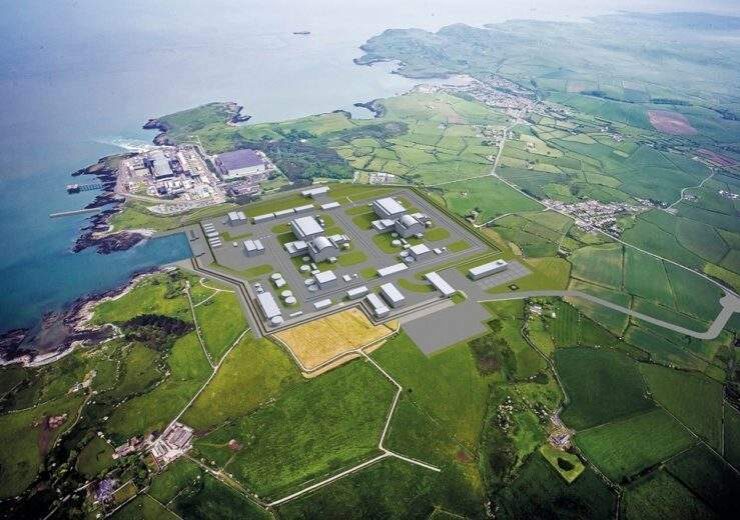 Nuclear has been championed as a key pillar of the UK’s energy future – with the £20bn Wylfa Newydd power station in North Wales initially expected to come online by the mid-2020s.

But Japanese conglomerate Hitachi, which led development on the proposed plant through its Horizon Nuclear Power subsidiary, has now pulled the plug on its commitment to the project, citing financing issues.

In January 2019, Hitachi suspended the venture, having failed to agree a financing deal with the UK government that was “to the satisfaction of all concerned”.

After 20 months of inactivity, the company has now confirmed it will abandon the planned Wylfa Newydd nuclear project, saying “the investment environment has become increasingly severe due to the impact of Covid-19”.

Why are new nuclear plants being built in Britain?

This was a crushing blow to the nuclear power industry, which claims to provide 21% of the country’s electricity mix and 40% of low-carbon power generation.

And with many of UK’s 15 current nuclear reactors to go offline by 2030, bodies including the Nuclear Industry Association and energy workers’ trade union GMB have called on the government to help the industry in developing new nuclear sites.

GMB national secretary Justin Bowden has claimed new nuclear is almost zero-carbon and, because it produces energy 24/7, “is a perfect complement to wind and solar – which everyone knows don’t work all the time”.

There are others in the pipeline, with work underway on Somerset-based Hinkley Point C, Suffolk-based Sizewell C and Bradwell, in Essex.

The Wylfa Newydd suspension followed an announcement in November that the UK’s £15bn Moorside nuclear plant in Cumbria had also stalled – with the future of that project looking uncertain after owner Toshiba pulled the plug once it was unable to find a buyer.

Construction was due to start in 2020, with the project tipped to generate 9,000 jobs during the development process and 850 permanent jobs once its 60-year operation life cycle begun.

What was Wylfa Newydd? The story so far

Wylfa Newydd means “new Wylfa” in Welsh – an apt name considering it will be built adjacent to the old Wylfa nuclear plant, which closed down in 2015 after 44 years of operation.

Hitachi submitted an initial design proposal for the reactor in January 2014 for review by the UK’s Environment Agency and the Office for Nuclear Regulation.

By September that year, public consultations on the project had begun and continued through to 2016, with approval for the facility granted by the Planning Inspectorate in June 2018.

Despite policy historically being opposed to direct investment in nuclear power projects, the UK government reportedly pledged in the same month to underwrite billions of pounds in loans – effectively taking a public stake in the project.

US engineering firm Bechtel was appointed to manage construction of the plant in August 2018.

It has been involved in more than 150 nuclear power plant projects and under this contract the company had almost 200 employees embedded within Horizon Nuclear Power.

Horizon Nuclear Power CEO Duncan Hawthorne said at the time: “This world-leading company brings a wealth of nuclear, engineering and construction expertise to complement our growing organisation and will help us.

“Our first power station will be cheaper than what has gone before and after that, with smart financing, supply chain learnings and no need for first-time overheads, future project costs will fall further still.”

Doubts about the future of the project began in December 2018, when Japanese television station TV Asahi reported there were concerns over its feasibility after an apparent rise in construction costs.

Hitachi dismissed this information as “rumours and speculation”, although sources told the BBC that talks with the UK government about costs still needed to be concluded before construction could start.

On 17 January 2019 Hitachi confirmed it would be suspending it UK nuclear programme until further notice.

As well as Wylfa Newydd, this also included plans for a 2,900MW site at Oldbury-on-Severn, in Gloucestershire, England.

Horizon’s Hawthorne said: “We have made very strong progress on all aspects of the project’s development, including the UK design of our tried-and-tested reactor, supply chain development and especially the building of a very capable organisation of talented and committed people.

“I am very sorry to say that despite the best efforts of everyone involved, we’ve not been able to reach an agreement to the satisfaction of all concerned.

“As a result, we will be suspending the development of the Wylfa Newydd project, as well as work related to Oldbury, until a solution can be found. In the meantime, we will take steps to reduce our presence but keep the option to resume development in future.”

He added: “Wylfa Newydd in Anglesey remains the best site for nuclear development in the UK and we remain committed to keeping channels of communication open with the government and our other key stakeholders regarding future options at both our sites.”

At the World Economic Forum’s annual meeting in Davos, Switzerland, on 24 January 2019, Hitachi’s chairman Hiroaki Nakanishi acknowledged the British government had been supportive in getting the project off the ground.

But he told reporters “nationalisation is the only path” – saying Hitachi only plans to be a “provider” of nuclear projects and not a “utility operator”.

Industry reaction to the suspension

Following the decision to suspend the development of Wylfa Newydd, Justin Bowden, national secretary for the GMB trade union, urged the UK government to “step in, pick up the reins and take whatever funding stake and leadership is necessary to ensure Wylfa goes ahead on time”.

He reiterated his union’s calls to replace the Nuclear Decommissioning Authority – which was set up in 2004 to decommission and clean-up the UK’s civil nuclear legacy – with a re-tasked Nuclear Development Agency to oversee new projects and create thousands of jobs.

Tom Greatrex, chief executive of the UK’s Nuclear Industry Association (NIA), added: “Nuclear at Wylfa has local support, and the Horizon project would provide 60 years of reliable, secure, low-carbon power for homes, businesses and public services – with a strike price much below any offshore wind project generating power now, and cost-competitive with all low-carbon generation.

“It is imperative that new nuclear at this site goes ahead and the barriers to that are removed.”

“As the second cancellation of funding for a new nuclear plant in as many months, it leaves in doubt the UK’s ability to replace its existing nuclear fleet,” he added.

The UK Department for Business, Energy and Industrial Strategy (BEIS) said it would continue to engage with the Hitachi about Wylfa Newydd’s future, while also exploring the viability of adopting the regulated asset base (RAB) funding model for future projects.

Speaking in Parliament, former business secretary Greg Clark said the government was willing to take a one-third equity stake in the Wylfa Newydd project, alongside investment from Hitachi, the Japanese government and other strategic partners – while providing all the debt financing to complete construction.

He said: “This is a significant and generous package of potential support that goes beyond what any government has been willing to consider in the past.

“Despite this potential investment, and strong support from the government of Japan, Hitachi has reached the view that the project still posed too great a commercial challenge, particularly given its desire to deconsolidate the project from its balance sheet and the likely level of return on its investment.

“I believe the package of support that we were prepared to consider was the limit of what could be justified in this instance.”

Fast forward 20 months to September 2020 and Hitachi confirmed it had decided to pull the plug on its involvement in Wylfa Newydd, dealing a blow to the UK’s low-carbon energy ambitions.

The company blamed its decision on the financial disruption to global markets caused by the coronavirus pandemic, saying “20 months have passed since the suspension, and the investment environment has become increasingly severe due to the impact of Covid-19”.

Horizon Nuclear Power’s Hawthorne said: “I understand this announcement will be disappointing for our many supporters who had hoped to see our project through to completion.

“Wylfa Newydd and Oldbury are highly-desirable sites for new nuclear build.  We will do our utmost to facilitate the prospects for development, which will bring the major local, national and environmental benefits that nuclear can uniquely deliver as we push to transition to a net-zero carbon economy by 2050.”

A spokesperson for BEIS added that the government remains “willing to discuss new nuclear projects” with any viable companies and investors wishing to develop sites in the UK.

“Nuclear power will play a key role in the UK’s future energy mix as we transition to a low-carbon economy, including through our investments in small and advanced modular reactors,” the spokesperson said.

The reaction from industry has been a mixed response of frustration and disappointment, with calls for the UK government to firm up its support for new nuclear projects.

The NIA’s Greatrex said: “[This] is disappointing news which nevertheless underscores the urgent need for progress on new nuclear projects in the UK if net-zero carbon emissions is to become a reality. It is imperative that a way forward is found for the site.”

GMB secretary Bowden described the decision as “utterly predictable”, and the “outcome of successive government failures” to act decisively around new nuclear and how it is financed.

He added: “New nuclear is vital in achieving decarbonisation — especially when teamed up with hydrogen. It’s no coincidence that around the world — almost without exception — it’s governments who finance these projects, as they are the lender of last resort when it comes to keeping the lights on.”