Wylfa Newydd nuclear power station becomes second UK project to be suspended – so what next? 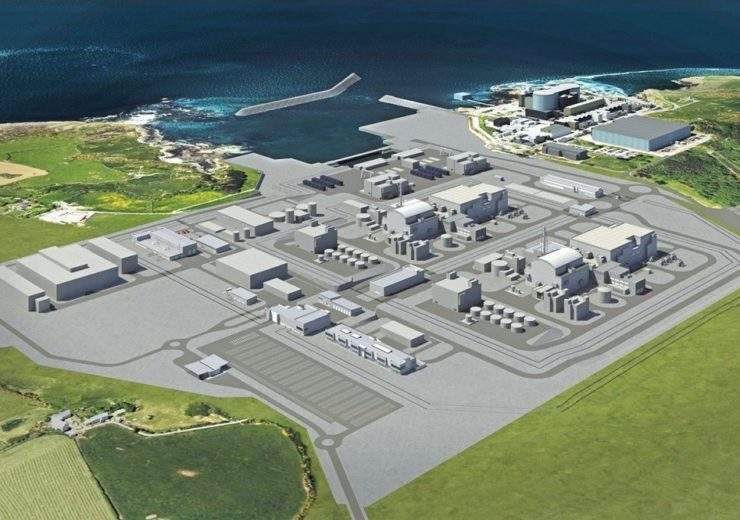 Calls have been made for the UK government to step in and save the planned Wylfa Newydd nuclear power station after the project leader pulled the plug.

The Nuclear Industry Association urged the government to work with industry to deliver “urgent” new capacity.

Hitachi’s UK subsidiary Horizon Nuclear Power said it had been unable to agree with the government on a financing model – but refused to rule out revisiting the project in the future.

Its announcement today (17 January) follows the suspension of the planned £15bn Moorside nuclear power plant, in Cumbria, by Toshiba in November.

GMB national secretary for energy Justin Bowden pointed out the pressing need for new nuclear sites to be commissioned as all but one of the UK’s nuclear capacity to come offline by 2030.

“Hitachi’s announcement, coming so soon after the Moorside fiasco, raises the very real prospect of a UK energy crisis,” he said.

“As coal is taken out of the equation in the next few years and the existing nuclear fleet reaches the end of its natural life after 50 years, decisions are already long overdue for construction to be completed in time and not leave the country at risk of power cuts or reliant on imported electricity, much of it from unreliable regimes.

“While the government has had its head up its proverbial backside over Brexit, vital matters like guaranteeing the country’s future energy supply appear to have gone by the wayside.

“The go-ahead on a new, part publicly-funded power station at Wylfa, and the accompanying creation of thousands of new jobs and apprenticeships, was an unusual outbreak of common sense in UK energy policy.

“GMB had hoped it signalled a new dawn for the country’s vital infrastructure by providing surety and pushing down the costs to taxpayers and electricity bill payers.”

What is the planned Wylfa Newydd nuclear power station?

The two planned reactors were expected to go online in the mid-2020s and generate 2,700 megawatts (MW) of power – enough to power five million homes.

Construction was due to start next year, with the project tipped to generate 9,000 jobs during the development process and 850 permanent roles once its 60-year operation life cycle begun.

The reactors would be similar to those used in the Somerset-based Hinkley Point C station, which remains on track alongside the Sizewell C facility in Suffolk.

Mr Bowden claimed the Hitachi decision “has nothing to do with costs” as the Wylfa Newydd nuclear power station could be made cheaper than the Hinkley development due to the existing design brief and government stake in the project – which involved underwriting billions of pounds in loans.

“The government must act and step in now, pick up the reins and take whatever funding stake and leadership is necessary to ensure Wylfa goes ahead on time,” he added.

“The NDA (Nuclear Decommissioning Authority) has the nuclear expertise and could be immediately redesignated to do this.

“At the end of the day, it is a basic function of the government to guarantee we have enough electricity for our homes and industries, and history shows that voters do not forgive or forget when the lights go out.

“New nuclear is almost zero-carbon and because it produces energy 24/7, it is a perfect complement to wind and solar – which everyone knows don’t work all the time.

“Once again, this tragic farce shows it is foolish to rely on foreign companies and foreign governments to keep Britain’s lights on and our economy powered when we could do easily be fully energy self-sufficient.”

He said: “Wylfa remains a strong site for vital new nuclear power for the UK.

“It’s regrettable that this project has been suspended, especially as a considerable amount of groundwork has already taken place on the Wylfa project, including creating a supply chain to deliver the project.

“Nuclear at Wylfa has local support, and the Horizon project would provide 60 years of reliable, secure, low-carbon power for homes, businesses and public services – with a strike price much below any offshore wind project generating power now and cost-competitive with all low-carbon generation.

“It is imperative that new nuclear at this site goes ahead and the barriers to that are removed.”

He claimed Wylfa Newydd is a key part of the country’s nuclear building programme, saying “the urgent need for further new nuclear capacity in the UK should not be underestimated”.

Nuclear power provides 21% of the UK’s electricity mix and 40% of the country’s low-carbon generation.

Mr Greatrex added: “If we want a balanced generation mix, government must work with industry to deliver that vital capacity on this site.

“Without a diverse low carbon mix and with increasing demand to power electric vehicles, we run the risk of becoming more reliant on burning fossil fuels to produce our electricity.”

Business Secretary Greg Clark told Parliament in June that a key focus of the government’s discussions with Hitachi had been about driving down costs and maximising value for consumers and taxpayers.

The Department for Business, Energy and Industrial Strategy (BEIS) said it will continue to engage with the company about Wylfa Newydd’s future, while it is also exploring the viability of adopting the regulated asset base (RAB) funding model for future projects.

A BEIS spokeswoman said: “As the Business Secretary set out in June, any deal needs to represent value for money and be the right one for UK consumers and taxpayers.

“Despite extensive negotiations and hard work by all sides, the government and Hitachi are unable to reach agreement to proceed at this stage.

“This government is committed to the nuclear sector, giving the go-ahead to the first new nuclear power station in a generation at Hinkley Point C, investing £200m through our recent sector deal – which includes millions for advanced nuclear technologies.

“We are also reviewing alternative funding models for future nuclear projects and will update on these findings in summer 2019.”

Hitachi’s Horizon Nuclear Power confirmed mounting speculation that the parent company’s board would suspend work on its UK nuclear programme.

As well as Wylfa Newydd, this also included a site at Oldbury-on-Severn, in South Gloucestershire, where plans were bring drawn up to generate at least 2,900MW.

Horizon Nuclear Power CEO Duncan Hawthorne said: “We have made very strong progress on all aspects of the project’s development, including the UK design of our tried and tested reactor, supply chain development and especially the building of a very capable organisation of talented and committed people.

“I am very sorry to say that despite the best efforts of everyone involved we’ve not been able to reach an agreement to the satisfaction of all concerned.

“As a result, we will be suspending the development of the Wylfa Newydd project, as well as work related to Oldbury, until a solution can be found.

“In the meantime, we will take steps to reduce our presence but keep the option to resume development in future.”

Mr Hawthorne said the company would begin consultation with staff about what the decision means for their jobs.

He reiterated the “critical” role nuclear can play in generating secure, low-carbon and affordable energy in Britain.

Mr Hawthorne added: “Wylfa Newydd in Anglesey remains the best site for nuclear development in the UK and we remain committed to keeping channels of communication open with the government and our other key stakeholders regarding future options at both our sites.”