Although hydropower dominates most of the renewable energy generated in South America, solar power is all set to come out of the proverbial cloud. 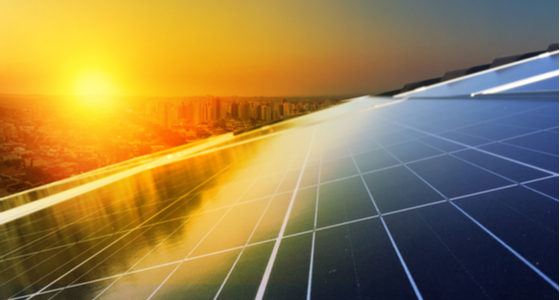 From 15 megawatts (MW) in 2009, solar power in South America is beginning to shine through as a major energy source with installed capacity rising to 5.4 gigawatts (GW) in 2018.

Brazil, Chile, Argentina, Peru and Uruguay currently lead the solar power parade in the continent, as the climatic conditions in these countries support high irradiation, which is favourable for the generation of solar energy.

The continent is also predicted to see sharp growth in capacity and investment in the renewable power source, according to a 2019 report from the International Renewable Energy Agency (IRENA).

Brazil tops South America’s solar power production after recently crossing the 5GW mark, according to ABSOLAR, the Brazilian Association of Photovoltaic Solar Energy. Producing just about 2.3GW of solar power at the end of 2018, the country more than doubled its capacity to 5GW by 2020.

At the end of 2019, Brazil had 3,970 operational solar power plants contributing to about 1.46% of the nation’s total power capacity of 170.07GW — 75% of which was generated through renewable resources. Brazil’s installed capacity in the large-scale photovoltaic (PV) segment is 2.68GW, which is about 1.5% of the South American giant’s total electricity generation.

Touted as South America’s largest solar PV facility by energy firm Enel Group, the 475MW Sao Goncalo solar power plant in the north-east of Brazil has the capacity to produce more than 1,200 gigawatt-hours (GWh) per year when fully functional.

Another section of the project, with a capacity of 133MW, will raise Sao Goncalo’s power capabilities to 608MW. According to Enel, the plant’s full potential has the power to save over 860,000 tonnes of CO2 emissions annually.

Located between the Andes Mountains and the Pacific Ocean, Chile stands second in this list with a solar power capacity of more than 2.6GW from utility-scale power plants. A modest improvement on the 2.14GW recorded in 2018.

Contributing to this capacity is Atacama 1, a solar power plant covering about 1,000 hectares in the middle of the Atacama Desert. It comprises 392,000 PV panels, which produce 110MW of solar power combined with 100MW of PV energy.

This has been facilitated with the help of 10,600 giant mirrors, or heliostats (that follow the sun’s movement), reflecting solar energy to be captured by a 200-metre tower. The plant supplies power to 410,000 households on an annual basis, preventing about 870,000 tonnes of CO2 being released.

Argentina’s commitment to the cause of renewable energy, especially solar energy is exemplified by the city of Jujuy, where its energy requirements rely entirely on solar power.

In 2018, the country’s solar power generation capacity was 191MW. However, after the 312MW Cauchari complex was established in the Jujuy province on the foothills of the Andes at an altitude of 4,000 metres, Argentina’s PV capacity rose to more than 700MW, pushing it up to third place in South America.

Currently, Argentina’s total installed solar PV capacity has touched 745MW, which equals 1% of the nation’s power generation. An expansion of 200MW to the Cauchari complex is said to be in the pipeline, once national grid operator CAMMESA signs the deal.

Fourth in the list, Peru was powered by 345MW of solar energy in 2018. This has been aided majorly by the Peruvian government’s largest solar power plant, the 180MW Rubí, located in the southern city of Moquegua, which is driven by more than half a million solar panels.

Costing $170m, an amount funded by multinational electricity provider ENEL (through their subsidiary Enel Green Power Peru) alongside the European Investment Bank, Rubí claims to have a production capacity of more than 144MW.

It is ENEL’s first solar facility in Peru. Fully operational, Rubí has the capacity to generate about 440GWh of electricity per annum, delivered via the Montalvo substation — enough to provide power to 351,000 homes.

Standing fifth in this list, nearly 98% of Uruguay’s energy sources comprise renewable energy. According to the International Renewable Energy Agency, Uruguay’s solar power generation capacity with respect to installed PVs was about 248MW, by the end of 2018.

The country is set for a PV hike, as government-owned power firm UTE called for applications to develop a 65MW solar power project in Punta del Tigre, an hour’s drive from Montevideo. Billed one of the largest in the country, the estimated cost of the installation will be $35m. The project is expected to be operational by 2021.