Paul Methven, programme director for the UK's STEP fusion project, discusses the progress that has been made to date, and the challenges that lie ahead as the venture targets 2040 delivery 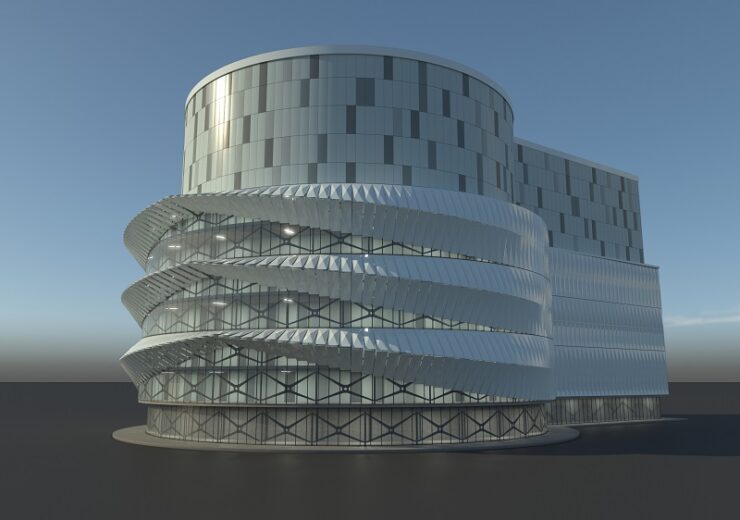 Artist's impression of the STEP fusion power plant under development in the UK (Credit: UKAEA)

Paul Methven joined the UK Atomic Energy Authority in September as programme director for the Spherical Tokamak for Energy Production (STEP) programme, which aims to design and build a prototype fusion power plant within the next 20 years. He spoke to Nuclear Engineering International magazine about the progress so far, and the next steps for this significant project.

Joining the UK Atomic Energy Authority (UKAEA) from the UK’s Submarine Delivery Agency, Paul Methven is no stranger to big, difficult projects. In his past role he was director of submarine acquisition and brings a wealth of project experience from nuclear submarine design and build programmes, the support programmes that go along with them, as well as from surface ship programmes.

Methven is now responsible for the Spherical Tokamak for Energy Production (STEP) programme, which aims to prove the viability of fusion as a technology for generating power. Last year the UK government agreed £222m in funding – now the next stages of work are to develop a concept design, and to identify a site where the plant will be built.

Progress towards STEP’s first concept design is already well underway. A whole plant review took place over the summer, and the plan is to have a full concept design ready at the end of the first stage, in March 2024.

This will be followed by detailed design before the project ultimately progresses to construction. Methven says the goal to deliver a prototype fusion power plant by 2040 is ambitious and there are numerous challenges to overcome.

There are both technical and broader delivery challenges. “Initially, people think of the technical challenges and, of course, the headline is achieving a net positive energy outcome,” he says.

“Underneath that there are a range of technical challenges — generating sustainable plasma, which is what we call the hot gas of fusion fuels, magnetic confinement of the plasma and exhausting waste heat.”

But the nub of the technical challenge, Methven believes, is the interdependency of the systems — getting the large number of components and systems needed to achieve fusion power to work together.

Looking beyond the technical issues, “there is a huge programmatic challenge,” he adds. “Delivering really complex first-of-a-kind endeavours needs a highly capable programme-delivery organisation. It needs a supply chain network — right across the country and beyond – that is technically capable and engaged. It needs public support. And of course, it needs finance.”

Acknowledging that delivery of complex projects in the nuclear industry has “a somewhat chequered past,” Methven believes there are a couple of fundamental building blocks for a successful programme: “My own view on big, difficult programmes is that you need to blend two things. You need to blend vaulting ambition, with real hard pragmatism.”

He adds, “You need that ambition, because, by definition, a major programme is always trying to achieve something very, very difficult, inherently uncertain and laden with risk. There will be all sorts of twists and turns in the journey and you need massive ambition and motivation to get over that”.

But ambition on its own is not enough: “If you don’t have the pragmatism and rigour and the fundamentals and the capability to deliver over — frankly — decades in many cases, then you won’t achieve that ambition.”

The STEP fusion programme is a national endeavour, Methven says. “What we’re doing really matters, for the country and indeed for the planet. And it’s a big and difficult challenge, with lots of uncertainty. But both those aspects, the importance of the work and its sheer difficulty, are what also makes it hugely exciting.”

But there is no confusion: STEP is more than a research and development programme. “STEP is really now a delivery programme, with a focus and a clear aiming point. My role is to lead and support the team in working out how to achieve that.”

There is other motivation for a UK fusion programme – a vast range of broader scientific spin-off benefits. “It’s not just energy, there will be a technological benefit more broadly associated with pursuing and delivering fusion power,” Methven adds.

Sectors such as robotics and materials science are expected to benefit. Robotic technologies are going to be needed to deal with some of the higher hazard aspects of fusion and have much broader applications.

The programme, with a requirement for a broad range of skills and capabilities, includes a range of partners from academia and industry. STEP is also expected to lead to job creation during the programme, with the possibility of many thousands of jobs across the supply chain.

“This is a generational programme, and we’re going to need the best people across a vast range of disciplines for years to come to help deliver,” Methven says.

Around 18 months into the first phase of STEP, the focus is on working towards a concept design, and also a proposition around that design, Methven explains.

Although by volume of efforts the bulk of the 180-or-so people working on STEP are focusing on evaluating a range of technical issues, understanding the landscape and maturity of the technology, there are others in the programme who are thinking decades ahead about what will be needed to eventually realise that design.

The team is also working out what the regulatory engagement and permitting environment should be, and engaging with government.

But a fusion power plant won’t necessarily need to be subject to the same site licence approach or generic design assessment as a fission power plant, because it has fundamentally different and lesser hazards. “We are aiming for a regulatory environment that is appropriate, and that, in my view, does not necessarily need to be a licensed site approach,” Methven says.

The site for the demonstrator is still to be decided and the STEP team is looking to launch the selection process in the coming weeks. (Update: this process has now started.)

Methven believes the UK needs a blend of energy sources for both resilience and energy security. “We want that mix to get us to and sustain us in a net-zero carbon status,” he says.

This involves driving hard on fusion to make it part of that mix. “When we think long-term, I think that we’re always going to need fairly big base-load energy providers that are themselves, zero carbon. And you know, that’s probably where fusion fits into this mix.”

When it comes to timeline, Methven says that to define the schedule there are “a whole load of factors” that come into play and they all need to be scrutinised carefully.

At the moment, the plan is to develop the concept design by 2024, leading STEP into the next phase, which will involve full engineering design and all the work that underpins that by the 2030s. Construction will follow, and the goal is to try and build the first plant that demonstrates commercial viability by 2040.

However, once there is more detail on the programme, Methven says he will examine the credibility and rigour of the schedule and that it will evolve over time. “In programmes I will always try and drive harder. And when I get into the detail of this, we’ll work out if we can do anything faster,” he says.

“We will set a programme and a schedule that is both challenging and credible because what doesn’t
help anybody is setting huge expectations and failing to deliver.”