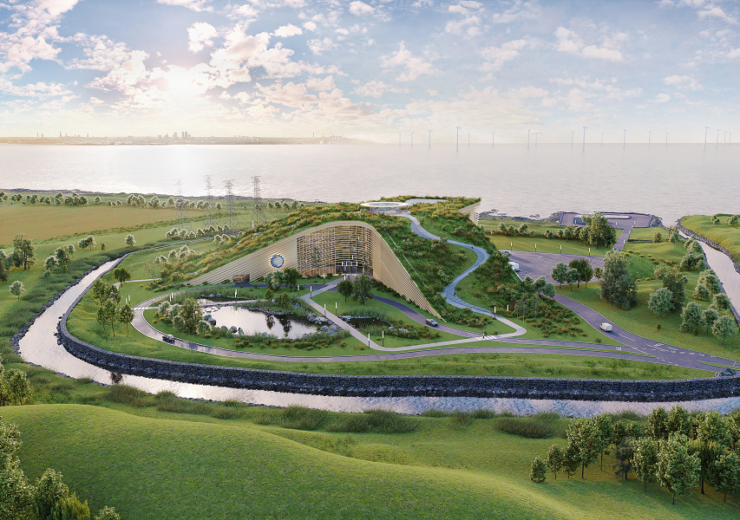 First Light Fusion believes its new design for projectile-based inertial confinement fusion, with a lower frequency of shots, but higher fusion energy yield per shot, could result in an economically-viable plant as small as 150 MW. But the next key step, postponed from the end of 2019, is to achieve first fusion.

A new peer-reviewed paper authored by Dr Nicholas Hawker, co-founder and CEO of Oxford University spin-out First Light Fusion, published in Philosophical Transactions of the Royal Society, estimates that inertial confinement fusion could deliver a levelised cost of electricity (LCOE) as low as $25 per megawatt hour (MWh) “when the technology has matured”.

That is significantly less than LCOEs for fission and onshore wind, which the paper cites as, respectively, about $100/MWh and $50/MWh (including costs for managing the intermittency of renewables).

Previous studies, the paper says, had estimated inertial confinement fusion could deliver an LCOE of about $80/MWh. This was based on the need for a pulse or, in the case of the projectile-based inertial fusion concept being developed by First Light, a “shot”, every five seconds.

However, new system designs have higher fusion energy yield per shot, meaning fewer shots are required for the same amount of energy generated.

The paper demonstrates how this change may lead to a new optimum power plant design. The new design works at lower frequency, with a pulse every 60 seconds, and can reach economic viability with a smaller power output, around 150 MWe.

This results in both lower cost and much-reduced engineering risk due to the smaller plant size and low shot frequency.

First Light Fusion – mission statement: “solving the problem of fusion power with the simplest machine possible” – is currently working on a first-of-a-kind power plant design based on this new research (although it cautions that this initial pilot plant would not achieve the $25/MWh LCOE level).

“We have always believed fusion energy is not just deliverable but has the potential to revolutionise energy,” said Dr Hawker. “This new work shows how fusion can be cost competitive with all generation technologies.

“First Light’s design can handle a larger fusion energy yield per shot, which is the key to unlocking significant benefits. The most exciting aspect is the lower frequency. Operating as slowly as once a minute fundamentally changes the options we have for the core technology.

“While we continue our work to demonstrate fusion, we are accelerating plans for developing the engineering of this new design. Those plans are already well advanced with detailed engineering work scoped. Our ambition remains to be grid ready this decade.”

Gianluca Pisanello, COO of First Light, added: “Achieving a zero-carbon global energy system by 2050 is achievable but will require significant investment in both existing renewables and new clean energy technologies.

“This new research is hugely encouraging because in many parts of the world, wind, solar and hydropower alone will not be able to meet projected energy demand.”

He points to analysis conducted for First Light by “system-change advisory and investment firm” SYSTEMIQ, indicating that fusion could play a key role in meeting Paris Agreement commitments as it has the potential to provide clean baseload power, complementing variable renewables and helping to meet escalating power demand, which is projected to double by 2040 and could increase fivefold by 2060 as electrification extends to an ever wider range of applications.

First Light had been hoping to demonstrate “first fusion” by the end of 2019, using a high voltage electromagnetic-pulsed power projectile launcher it calls Machine 3, but this did not happen. “We may have underestimated the engineering challenges of a facility like Machine 3,” says Pisanello.

This is perhaps not surprising, as it is designed to discharge up to 200 kilovolts (kV) and more than 14 million amps within 2 microseconds. It “exerts a brutal acceleration” says Pisanello, and under these conditions “matter behaves a bit strangely”.

First Light’s concept, which it sees as a simpler and superior alternative to “conventional” inertial confinement employing lasers, uses a fast-moving projectile to compress a target and achieve the extreme temperatures and pressures required. Velocities of about 50km per second (112,000 mph) inside the target are necessary to achieve fusion.

Considerably higher speeds are needed for “gain”, where the energy out exceeds energy in (a milestone not yet achieved by any fusion energy project).

Machine 3 is designed to achieve a projectile velocity of around 20 km/s (about 50 times faster than a bullet), while ingenious proprietary target design (which First Light regards as one of its USPs) significantly boosts this to the higher velocities needed for fusion.

The engineering challenges have now been compounded by Covid-19 of course, so that the timescale for achieving first fusion is uncertain, but the plan is still to achieve it with Machine 3 and a number of modifications have been done to improve reliability – including addressing a power-loss issue.

There are also plans to build “quite an important new experimental device” at First Light’s Oxford location, with a 60% increase in laboratory space at the site.

Tackling the challenges of fusion

In August 2019, First Light announced it was working with Mott MacDonald to “produce a design vision of a ‘first-of-a-kind’ commercial fusion reactor” and in October 2019 reported completion of a project by the UK Atomic Energy Authority (UKAEA) to establish the viability of “an innovative ‘fusion island’ concept, which is uniquely applicable to technology being developed by First Light Fusion”.

The fusion island is a sub-system that converts fusion energy into heat and manages the fuel supply in a postulated fusion power plant. A core requirement of this system is to address what are generally recognised as the three main challenges of fusion engineering: neutron damage; managing the heat flux; and producing enough tritium for self-sufficiency.

Following more than six months of investigation addressing factors including tritium breeding (in lithium, which is used for heat transfer as well tritium breeding), corrosion rates and compatible steels, UKAEA researchers concluded that, fundamentally, the First Light concept is viable.

It also determined that pure natural lithium (ie, unenriched, with the naturally-occurring isotope balance) meets all requirements for the reactor’s “liquid wall”, meaning that “First Light will be able to leverage an existing supply chain for this metal rather than relying on materials that lack established distribution channels”.

The use of liquid lithium coolant also aims to build on experience with sodium cooling for fast breeder reactors.

Another important step for First Light Fusion, taken towards the end of 2019, was strengthening of the board with the appointment of Andreas Lusch, formerly head of GE’s steam-power business (and previously with Lurgi AG and ThyssenKrupp Group), as a non-executive director, reflecting First Light’s plans to “seek partnerships with companies having extensive experience in building comparable plants”.