Moltex says its Stable Salt Reactor, a new nuclear reactor concept, based on ideas conceived and tested but not commercialised in the 1960s and 1970s, can solve two major issues with current nuclear: the upfront costs and the growing of waste, Ian Scott and Simon Newton explain 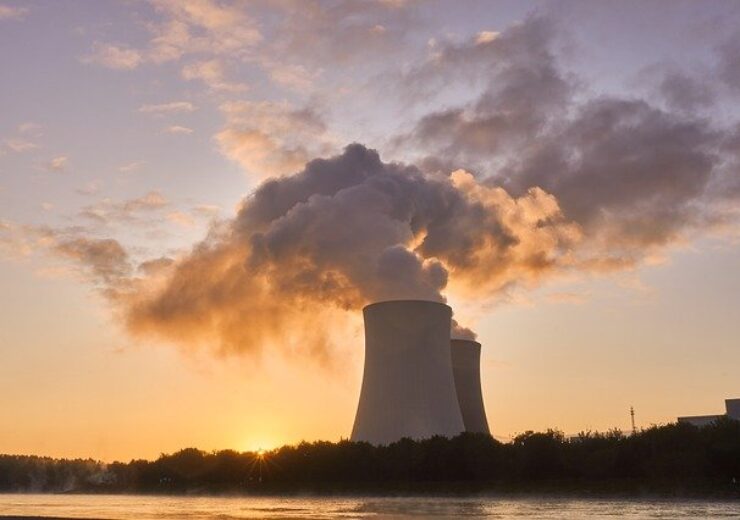 There are some signs that public and political acceptance of nuclear power is turning in the right direction. Moltex believes there is no net-zero without nuclear power, but in most places nuclear is seeing more retirements than new builds. Even some of the worst carbon polluting countries, like Australia and Germany, entirely exclude nuclear.

One reason for the moribund state of the industry is its high upfront capital costs. Another is near or actual disasters like Three Mile Island and Chernobyl. And although Fukushima — hit by an earthquake and tidal wave without loss of life — was, in many ways, a demonstration of the safety of nuclear, the natural disaster shook confidence was the catalyst for backward steps in many countries.

The industry has responded with new layers of engineered safety systems and administrative controls — improving safety, but at mounting cost. Moltex believes its approach is more effective and less expensive, first seeking to eliminate or reduce the fundamental hazard and secondarily managing the remaining hazards through engineered safety systems or administrative controls.

The Stable Salt Reactor (SSR) is a new nuclear reactor concept, based on ideas conceived and tested but not commercialised in the 1960s and 1970s. It addresses the fundamental hazards in two main ways:

· The fuel is a molten salt in which the most hazardous fission products are not gases but non-volatile salts.

· The coolant is another molten salt, which operates at atmospheric pressure and will never boil due to decay heat if the reactor were to fail.

Nuclear reactors using molten salts as fuel and coolant are not new (a prototype molten salt fuelled reactor was built and operated in the USA in the 1960s). There is an essential difference between a molten salt reactor and the SSR.

In every reactor design using molten salt fuel, the molten salt fuel is pumped into a reaction chamber, where it achieves critical mass and generates heat. A heat exchanger transfers the heat out of the reactor to generate electricity. This design has some real attractions — particularly that the fuel can be chemically processed continuously as it passes around the circulating system. But it creates a major new hazard. If any pumps, seals or valves leak, highly radioactive fuel spills into the reactor space, where decay heat could cause even the salt to boil, releasing radioactive fission products as vapours.

In the SSR, the molten salt fuel is held in conventional fuel tubes (in place of uranium oxide pellets). The fuel tubes are cooled by a separate molten salt, which transfers the heat to turbines to generate power. The safety advantages of molten salts are still achieved. However, by separating the fuel salt from the coolant salt, the reactor avoids the leakage hazard posed by pumped molten salt fuel.

Simple sealed tubes are far less likely to leak than complex plumbing — leaks are almost unheard of in present-day nuclear fuel tubes. Even if a fuel tube did leak, the leaked fuel would be massively diluted in the large pool of coolant salt, ensuring that it can neither achieve critical mass nor be heated to the point where the fission products become volatile. The reactor could continue operating despite several such leakages, because the radioactivity remains securely within the containment.

The idea of putting molten salt fuel into conventional fuel tubes is simple, yet novel. The reason for the novelty is a lesson in the dangers of projects that achieve momentum.

In the years immediately after the Manhattan Project, a team in the USA sought to design a nuclear reactor to power an aeroplane. The team considered putting molten salt fuel into tubes but rejected the idea. Their reasoning was sound: heat moves in fluids primarily by convection, which requires gravity, but an aircraft’s gravity changes under acceleration and disappears in freefall.

The decision to reject fuel in tubes was never revisited. But after reviewing the original project, Moltex’s founder performed the fluid dynamic calculations to show that fuel in tubes works perfectly well at normal gravity, and patented the result.

That discovery led to the formation of Moltex Energy. Moltex has since acquired a broad patent covering this invention in most major jurisdictions worldwide.

The SSR as a ‘waste burner’

Moltex decided that Canada has a positive attitude to new thinking about nuclear energy. In 2016, it established Moltex Energy Canada Inc. and transferred some of its intellectual property rights to that company. Moltex also found in NB Power a supportive nuclear operator with a licensed nuclear site perfectly suited to advanced reactors. The New Brunswick provincial government and the Canadian federal government have both invested directly in Moltex.

Financial support has also come from the US Department of Energy through its ARPA-E programme. Moltex launched its first-ever crowdfunding campaign in 2019, which was extremely successful. In 2021, Moltex completed the first stage of the Canadian Nuclear Safety Commission’s nuclear regulatory process.

There are many possible variants of the SSR. The ‘waste burner’ is the first of what may become a family of reactors. It is a fast spectrum reactor, which has no moderator to slow down the neutrons produced during fission. Without a moderator, more fissile material is needed to achieve criticality, but the reactor will also consume all the higher actinides produced in conventional moderated reactors.

● Fission products form when nuclei that absorb neutrons split into smaller atoms. These products are highly radioactive but short-lived. After 300 years, they decay to a radioactivity similar to that of mined uranium.

● Higher actinides form when nuclei absorb neutrons and become atoms that are heavier than uranium, such as plutonium, americium and curium. These products are highly radioactive and long-lived. For up to a million years, they dominate the radioactivity of the spent fuel and drive the need for enormously expensive deep geological repositories.

The SSR uses higher actinides as fuel, producing energy while converting them. So this novel design can clean up the nuclear waste from current reactors, which use uranium as fuel and in doing so, accumulate higher actinides as long-lived waste. The SSR will still have fission products, but these are much shorter-lived and this helps give nuclear energy the social acceptability it needs.

First, it is necessary to extract those higher actinides from spent fuel. In Canada, the dominant nuclear reactor is the CANDU reactor, which was developed in Canada and uses non-enriched uranium fuel. Because it uses natural uranium, it achieves a relatively low burnup, about one-fifth of that achieved by reactors using enriched uranium. For any given amount of energy produced, CANDU reactors, therefore, produce five times the mass of spent fuel compared to other reactor types. Its spent fuel contains about one-third of the higher actinides found in spent enriched fuel.

What makes the Watss process economically viable is that the SSR reactor does not need high-purity fuel. It needs the higher actinides as fissile material, but they can be mixed with both unused uranium and lanthanide fission products.

Highly radioactive, long-lived CANDU waste enters this process. What comes out is:

● A small volume (about 1/100th of the input spent fuel) of highly radioactive but relatively short-lived salt, produced during the extraction process. Depending on the country, the salt can be disposed of in conventional deep geological repositories (about 500m deep) or down 5km deep boreholes in geologically stable rock. It could also be used in a heat battery and non-radioactive fission products could be recovered as a source of rare-earth metals.

● Zircaloy sheathing material that could be reused as an alloying element in a metal fuel or as a redox agent in a liquid fuel or coolant, or disposed of as intermediate-level waste.

● Depleted uranium, with very low radioactivity and negligible heat generation, that can be safely and inexpensively stored until the uranium has a value that makes it worth recycling. There are also a number of intermediate and long-term storage options available in the event this by-product is not recycled.

● Fuel for the SSR, which can be recycled until all the higher actinides are consumed.

Engineering has largely solved the problem of metal corrosion in water and air. The solution has been to find ways to form stable oxide layers on steels – better known as stainless steels – which almost halt corrosion. But molten salts are notorious for dissolving such oxide layers. Many molten salt reactor designers resort to advanced alloys containing very high levels of nickel, which is less easily corroded. But those alloys have no track record of use in the nuclear industry, which may add many years to the development timeline. Nickel also produces helium when irradiated by neutrons, which makes the alloy brittle.

Moltex has a different approach, enabled by its fuel-in-tube design. Adding small amounts of metallic zirconium to each fuel tube has the effect of scavenging any oxidising species in the salt, and because fission products include about a third of all chemical elements, there are many such species.

In chemical terms, the zirconium locks the redox potential of the salt to that of zirconium metal. That redox potential is so strongly reducing that the thermodynamically stable form of iron and chromium is actually the metal. There is no driving force to extract the metal into the salt as with chromium or iron chlorides. This means we can use standard, well-understood iron/chromium ferritic steels can be used, with no nickel.

By removing the hazards of contained pressure and radioactive gases, Moltex has found a way of making nuclear power cost-effective. There is still work to do to bring the technology to market, but the strength of the underlying science combined with innovative engineering gives Moltex confidence that it will succeed.