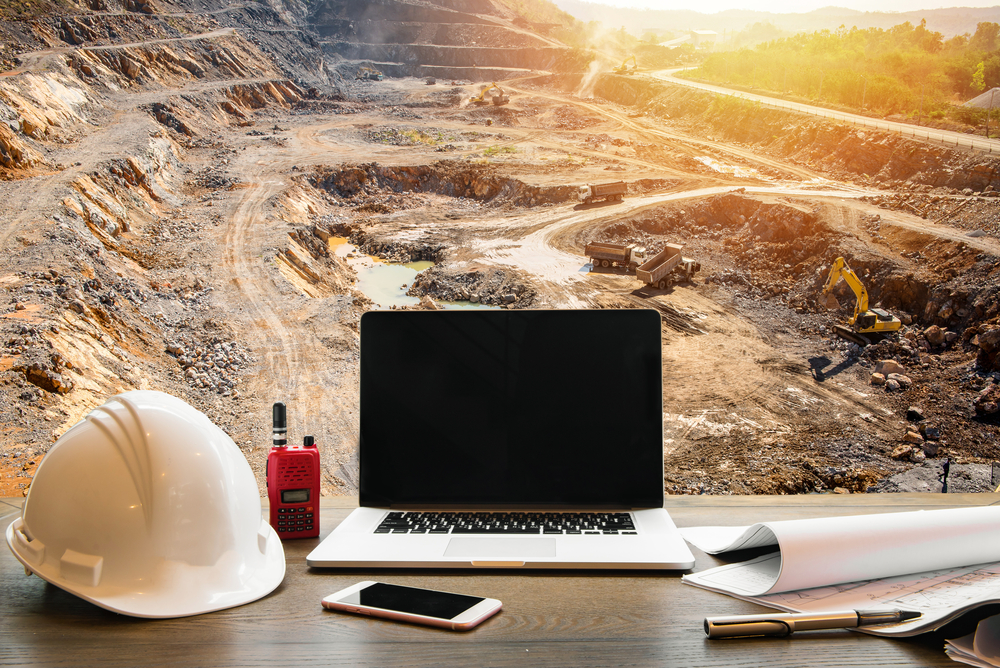 The COVID-19 pandemic has further accelerated the digitisation of the work process in the nation’s mining industry (Credit: Shutterstock/Oyls)

Mining companies all over the world are constantly adapting to new technologies – but how is the digital transformation impacting the industry in South Africa?

According to a report by accounting firm PwC and the Minerals Council South Africa, the COVID-19 pandemic has further accelerated the digitisation of the work process, as well as the adoption of automation and other innovative tools in the nation’s mining industry.

The analysis, titled The state of digital transformation in the South African mining industry, claims miners are now increasingly making use of innovative and cutting-edge technologies to run more efficient operations, to manage risk, to improve health and safety, reduce the cost of maintenance and extraction, as well as bringing about a skills uplift.

Minerals Council CEO Roger Baxter says the adoption of innovations emerging out of the Fourth Industrial Revolution (4IR) “did not go into lockdown during the COVID- 19 pandemic” – and that the crisis actually accelerated the application of 4IR technologies helping Minerals Council members and others to “manage the pandemic more effectively”.

He adds: “South African mining needs 4IR. We need to be globally competitive on costs and on environmental, social and governance issues.

“Over the past decade, multi-factor productivity in South Africa has fallen by 7.6%. Mining cost inflation was 2-3% higher annually than general inflation, leading to two thirds of our output being on the upper half of the global mining cost curve. Mining output declined by 10% and minerals sales contracted by 11%.

“The Minerals Council advocates a people-centric, 4IR-enabled approach to modernisation of the sector.”

Here are 10 insights from the report into how digital transformation and 4IR are impacting the mining industry in South Africa.

1. The CEO drives the digital agenda

A large portion of survey respondents (47%) stated that the CEO was the primary driver of digital transformation in mining businesses in South Africa, with only 5.2% mentioning the CFO. The executive head for technical or the group engineering head was viewed by 9% of the respondents as being a driver of 4IR within their business.

The report notes that this shows a top-down approach can “certainly start the process and provide the impetus and communications”, while operations can “help to focus those efforts where they are most needed”.

2. Champions and innovators are emerging

For the purposes of the study, the researcher’s identified four stages of digital maturity among respondents:

Digital novice – although there were very few respondents, these companies had not yet connected their functional silos and embarked on the digital journey.

Digital followers – though still in the early stages of technological maturity, these respondents had developed a clear strategy and were putting together the building blocks they needed to progress.

Digital innovators – these respondents were finding new value by sharing information and data and working collaboratively between business functions.

Digital champion – only one mining company can lay claim to the title of digital champion given the selection criteria. The report expects several more companies to join this category in the coming years, particularly as more businesses are finding the value of technology and starting to experience the connection between 4IR/digital and better bottom-line results.

The analysis highlights that 32% of respondents considered themselves as digital champions and innovators that would pilot new technologies without waiting for others to prove it first.

Even though most mining companies were digital novices and digital followers, the report says they were “making investments in various initiatives to drive specific benefits”.

All companies surveyed were investing in digital technologies, with the average investment portfolio across all respondents sitting at about 111 million South African Rand ($5.4m) per year.

4. The main reasons for investing in digital

The major reasons for digital investments point toward throughput increase, efficiency increase, lower costs and improved health and safety, according to the report.

It says more than 90% of the companies surveyed expected at least a 10% throughput increase with some as high as 30%. Similarly, the majority expected more than a 10% reduction in costs.

Health and safety were also expected to improve from current all-time bests, which the analysis notes is “good news for the mining industry” as this “clearly points to a safe and more sustainable industry in future”.

5. Where will the benefits come from?

Most respondents to the survey believed that production, engineering and asset management-related investments would unlock the most value.

The report notes that supply chain and logistics seemed to be “one of the underestimated areas in mining that drove costs and efficiencies”.

But it adds that the champions and innovators were “actively investing” in emerging technologies such as blockchain, IoT and AI in this area to “unlock value”.

6. Industrial IoT gets the biggest share of the wallet

The survey asked South Africa’s mining community to what extent they were using or planning to use 11 4IR technologies in their businesses over the next five years.

The most implemented technologies were Condition Monitoring at nearly 80% across all respondents and Connectivity and IoT at almost 60%. Nearly 50% of respondents had piloted AI programmes recently – an area where the researchers expect the implementation numbers to “increase significantly over the next five years”.

7. The workforce is changing

The report notes that nearly 95% of mining leaders believed there would be a change in the nature of the workforce over the next five years to “more skilled employees”, while they also anticipated an “upward remuneration profile” for these individuals.

Although some participants were concerned about increasing labour costs, the majority believed the resultant productivity increases would offset these costs.

Consistent with other industries, digital technologies and capabilities would be embedded in the business in contrast to current IT departments that render a service, which the analysis says would “necessitate new operating models going forward”.

It adds that the onus would be placed on mining companies to upskill their workforces to work in this new world as it would require new skills and 30% of respondents had actively started to invest in skills uplift in order to unlock the benefits of digital transformation. The report claims this is a “key area of progress that will benefit the mining industry as a whole”.

8. Organisational culture is keeping up with the times

The pace of digital transformation is often dictated by corporate culture and organisational structures.

Less than a third of survey respondents believe that their employees had the “requisite skills to realise their vision of the digital future”.

But more than 70% believe that their leadership had a “clear vision for the digital future” and “acted as role models for digital transformation”.

Mining companies stated that the top three challenges in implementing 4IR technologies in their businesses were that data management practices are not yet mature (53%); the workforce lacks the skills necessary to implement 4IR technologies (47%); and data and cybersecurity concerns (32%).

Meanwhile, only a quarter of respondents mentioned the challenge of return on investment as an obstacle to digital transformation.

The report highlights that the ability to manage and leverage data is a “core capability to unlock the value of 4IR”.

The survey showed that data management proved a challenge to most of the respondents. Decisions in this space were often pragmatic in nature – for example, rural connectivity is generally poor and mine data can often not feasibly be stored and synced without sufficient connectivity.

21% of respondents also indicated that, as far as they were aware, no formalised data strategy, as functionally supported by a Data Management Office, existed in their operations.