Roger Baxter, CEO of South Africa's Minerals Council, said the mining industry’s production is likely to fall by between 8% and 10% in 2020 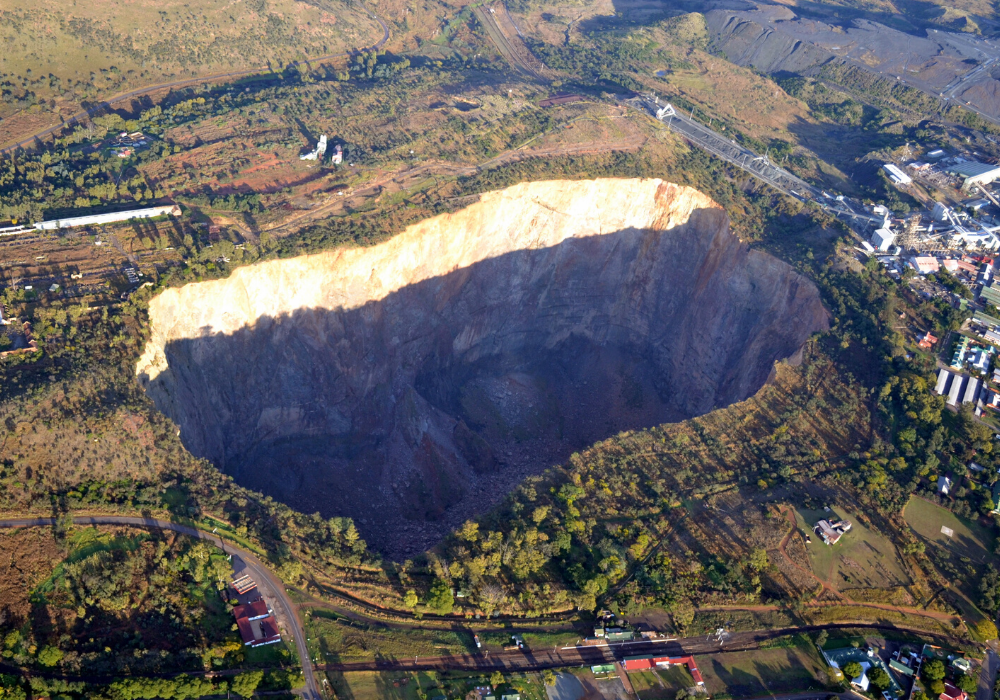 Lockdown restrictions imposed by the South African government towards the end of March meant the nation’s mines had to close (Credit: Wikimedia Commons/Paul Parsons)

Mining output in South Africa is set to drop this year following the effects of the coronavirus pandemic.

Roger Baxter, CEO of the nation’s Minerals Council, said the industry’s production is likely to fall by between 8% and 10% in 2020, Reuters reported.

While the virus has hit many sectors globally, lockdown restrictions imposed by the South African government towards the end of March resulted in the temporary closure of the nation’s mines.

But, following the reopening of sites last month, the country’s minerals industry has been dealt a further blow this week, as AngloGold Ashanti’s Mponeng mine — the world’s deepest gold mine — was forced to halt operations after 196 coronavirus cases were detected amongst its workers.

During a panel discussion between mining industry bosses, Baxter said the impact of the virus is “very big” and that it’s “probably going to end up being something like an 8% to 10% hit on mining production for this year”.

President Cyril Ramaphosa announced on 24 May that all of South Africa’s mines will be allowed to open from 1 June.

But Peter Steenkamp, CEO of Harmony Gold Mining, the country’s third-highest gold producer, warned the panel that it would probably take about a month to return to full production, according to Mining Journal.

After some companies previously applied for lockdown exemptions, mines were permitted to operate with 50% of their employees in April, while open-pit resumed with a full capacity workforce, and 50% were given the green light to work underground earlier this month.

Steenkamp said the 50% stage had gone “quite well” for his company and revealed that it had surpassed production expectations for the period.

On the release of the Mineral Council’s integrated annual review on 27 May, Baxter said that “well before the Covid-19 disaster struck” the industry and South Africa were “facing a range of severe crises”.

He believes that at the forefront of the issues were the broader economic and fiscal crises that were being exacerbated by the power insecurity and debt challenges faced by Eskom — a South African electricity public utility.

Baxter claims the company’s debt problems had a “material impact on mining production during 2019”.

“These factors also set up the eventual March 2020 decision by Moody’s to withdraw South Africa’s last investment-grade rating as set by the top three ratings agencies,” he added.

Coronavirus cases detected at Mponeng mine

Harmony Gold’s acquisition of AngloGold Ashanti’s Mponeng mine in South Africa’s Gauteng province is now due to be completed by the end of July — a month later than previously expected, according to Steenkamp.

The site, which extends up to 4km beneath the surface, had been operating at 50% capacity — but some workers had reportedly raised safety concerns, the BBC reported.

After the first coronavirus case was registered at Mponeng last week, AngloGold said 650 workers had been tested.

The firm closed the mine on 24 May following the news that 196 positive cases had been detected.

Harmony Gold has so far reported just two positive instances of the virus at its Kalgold mine in North West province — both of which were contractors.

But Baxter said the number of cases being detected in the industry should not cause panic because it showed the system was working, with testing, tracking, tracing and quarantining measures in place.

Minerals Council president called for co-operation amongst the mining industry

Speaking at the Minerals Council’s online annual general meeting on 27 May, its president Mxolisi Mgojo called on all the leaders of the mining industry to commit to “continuing to address the coronavirus health threat with uncompromising vigour”.

He added: “More than ever, these times demand co-operation, understanding and a united effort to rescue our industry, our country’s economy and our population’s overall health and welfare from the deepest crisis we and our world have seen in most of our living memory.

“We commit to doing our part in every sphere.”