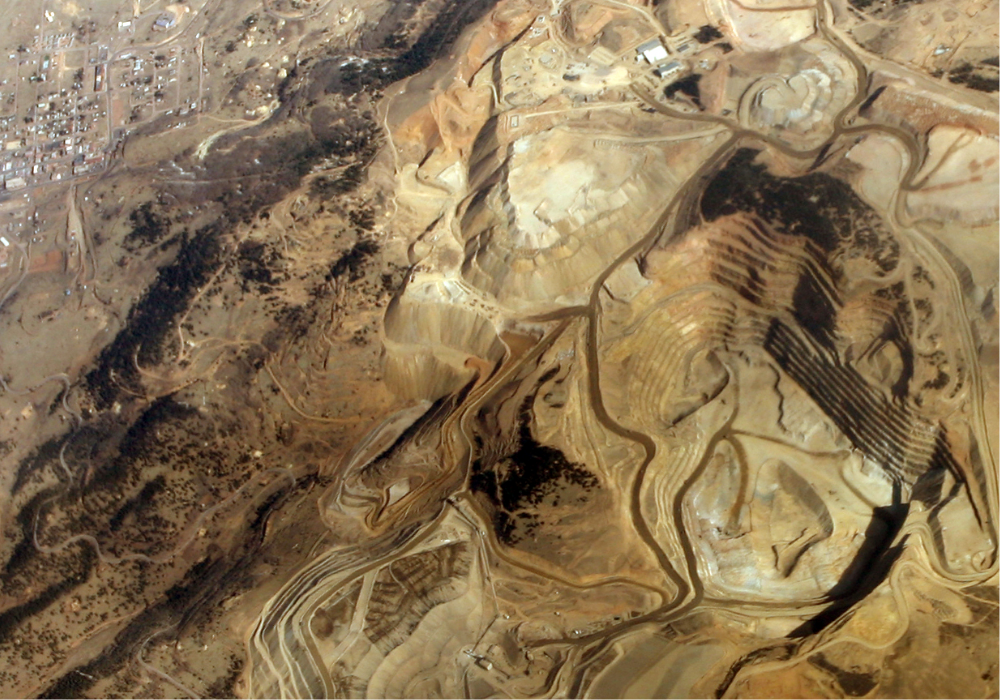 The total revenue generated by the South African mining industry for the year ending 30 June 2020 increased by 4% (Credit: Flickr/Doc Searls)

The Mponeng mine in the Gauteng province was AngloGold’s last in South Africa — with the deal meaning the firm could now alter its primary listing from Johannesburg to London.

AngloGold Ashanti admitted it has been looking to reduce its portfolio, and will now shift its focus towards assets with higher returns.

CEO Kelvin Dushnisky said: “From the beginning of the process, an objective has been to sell our South African assets to a strong, capable and responsible operator that will ensure their long-term sustainability, and we believe that this transaction achieves that,” he added.

“This sale helps deliver on our commitment to sharpening our management focus and capital allocation on the highest return investment options available to us.”

AngloGold announced in May 2019 that it was undertaking a process to review sale options of its assets.

In a statement released today, it said further capital would have been necessary to “extend the mine life” of Mponeng, which is about 4km deep.

It added the sale is part of the process of streamlining its portfolio, “in line with its clear capital allocation framework, to create a more focused business with enhanced operating and financial metrics”.

AngloGold has sold assets across Argentina and Mali since Dushnisky took charge in 2018, with the firm concentrating on its sites in Ghana, Tanzania and Australia.

The company’s shares dropped by 1.1% following the announcement of the deal, while earnings rose slightly but not as much as expected.

What the deal with AngloGold means for Harmony Gold

There has been a nine-month sales process taking place, in which AngloGold said it identified Harmony as the most suitable company to acquire the assets.

This was due to the Randfontein-headquartered firm’s “financial capacity and proven technical capability in operating ultra-deep, hard-rock mining assets in South Africa”.

South African gold miner Sibanye-Stillwater confirmed it had made a bid for Mponeng, but admitted last week that its offer was unlikely to succeed.

As part of the deal, Harmony will pay an initial $200m, with a deferred consideration of $100m that is linked to production.

The 350,000 ounces of annual production coming from Mponeng will make Harmony the biggest gold producer in South Africa – with its reserves in the country increasing by 8.27 million ounces.

Harmony CEO Peter Steenkamp said over the past two years, his company has added more than 500 000 quality gold ounces a year.

This was through the acquisition of the Moab Khotsong in Gauteng province, alongside Mponeng and mining waste solutions.

He said the latest purchase has the potential to improve the company’s overall recovered grade and increase its cash flow margins.

“Harmony has demonstrated its ability to increase the life of mines it operates in South Africa – sustaining the mine communities surrounding the mining operations, preserving jobs and further unlocking value for its shareholders through increased grades and stronger margins,” Steenkamp added.