Facing billions of dollars in liabilities, California's biggest utility PG&E has filed for bankruptcy after it was linked various to wildfires in the state over the past two years 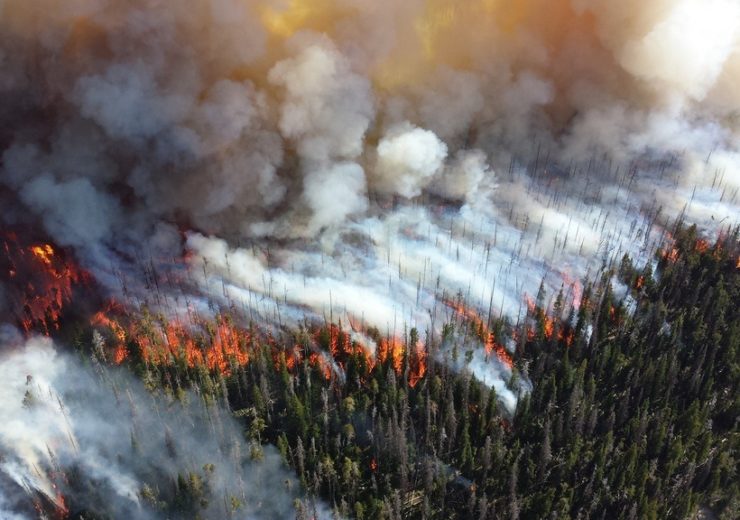 As the smoke from two years’ worth of devastating wildfires that scorched California cleared last month, the state’s biggest utility PG&E filed for bankruptcy on 29 January – but how did it get to this point?

The company is facing billions of dollars in liabilities for its alleged role in causing dozens of wildfires that wreaked havoc in Northern California over 2017 and 2018, including November’s Camp Fire – the single most destructive wildfire in state history.

It blazed over an area equal to the size of Chicago and took the lives of 86 people, burning 14,000 homes to the ground and causing $7bn (£5.4bn) in damages in the process.

PG&E’s shares plummeted by as much as 63% after initial investigations into the source of the disaster determined the company’s power lines were to blame – though this is not yet conclusive.

It claims to only have $1.5bn (£1.2bn) on hand for dealing with these costs, and that bankruptcy will be in the best interests of the claimants and PG&E customers.

The company is seeking court approval to get $5.5bn (£4.3bn) in debtor-in-possession (DIP) financing to support its operations and ongoing safety initiatives to address wildfire threat.

The process will ostensibly allow it to clear some debt and pay for various damages, allowing it to stay open for business so its 16 million customers can retain their PG&E gas and electricity.

After former CEO Geisha Williams stepped down, interim CEO John Simon said on 13 January in a statement: “The people affected by the devastating Northern California wildfires are our customers, our neighbours and our friends.

“We understand the profound impact the fires have had on our communities and the need for PG&E to continue enhancing our wildfire mitigation efforts.

“We remain committed to helping them through the recovery and rebuilding process – we believe a court-supervised process will best enable PG&E to resolve its potential liabilities in an orderly, fair and expeditious fashion.

“We expect it will enable PG&E to access the capital and resources we need to continue providing our customers with safe service and investing in our systems and infrastructure.”

Is PG&E to blame for California wildfires?

Initial examinations of the possible causes of Camp Fire found it was caused by a PG&E power line coming into contact with nearby trees, with the company reporting an outage in the blaze’s vicinity just 15 minutes before it started.

According to a letter it sent to regulators, the company found a fallen power pole peppered with bullet holes in the burn area, but the state’s response to this is not yet clear.

In response to the Camp Fire victims’ lawsuit, PG&E said: “It’s important to remember that the cause of Camp Fire has yet to be determined.

“The safety of our customers and the communities we serve is our highest priority – we are aware of lawsuits regarding Camp Fire.

“Right now, our primary focus is on the communities and supporting first responders as they work to contain the fire and getting our crews positioned and ready to respond when we get access, so that we can safely restore gas and electricity to our customers.”

It could be argued that Camp Fire was merely a consequence of climate change, with there being a conspicuous lack of seasonal precipitation around the time of the fire, which could have gone some way to quelling it.

On the other hand, this isn’t the first time PG&E has been at the centre of wildfire controversy.

State investigators found 11 of the 2017 California wildfires, for which the company still faces $10bn (£7.8bn) in liability claims, were a result of PG&E’s failure to comply with “brush clearance” codes nears its power lines.

While investigations into its potential role in Camp Fire continue, PG&E said in a statement: “The company does not expect any impact to electric or natural gas service for its customers as a result of the bankruptcy process.

“PG&E remains committed to assisting the communities affected by wildfires in Northern California, and its restoration and rebuilding efforts will continue.”