Here World Expro's Grace Allen talks to Jaco Fok, chief of innovation at OMV Petrom, about data challenges, how to change patterns of working and why, in the end, it’s all about people 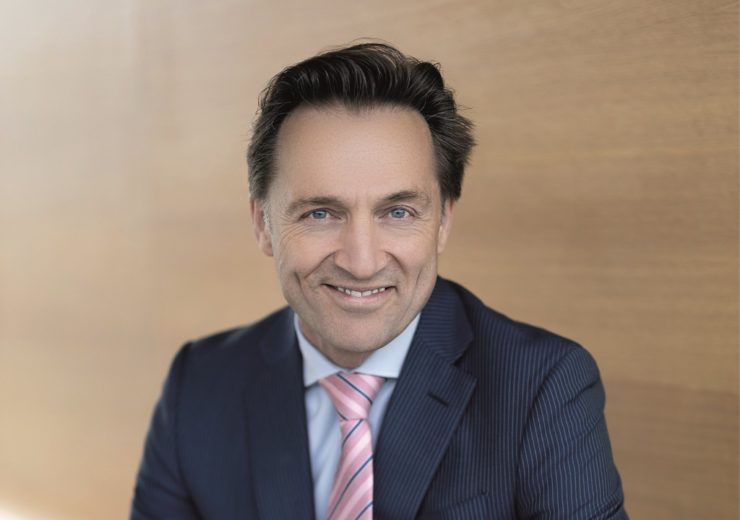 Introducing a forward-looking digital culture across a large and historic company like OMV Petrom is no easy feat and it is one Jaco Fok has not taken lightly.

Even when discussing his past career – one that has taken him through five industries and as many continents – the firm’s chief of innovation can’t help examining how his experience with the first wave of internet-enabled technology might inform his understanding of the next.

“All of a sudden, the world was woken up by the internet,” he says, pointing out similarities between what he describes as the “hype cycle” of the rise of the World Wide Web and today’s widespread digitalisation, as well as the vast underappreciation of what the internet would come to be – not just a marketplace, a way to conduct transactions more easily, but a game changer in how we communicate and collaborate.

“I’m pretty sure that whatever estimations we make of this digital revolution, we’re going to be underestimating something, and we’re missing something big.”

“And personally, I’m still looking for that big thing. What are we missing? What is the social media of this whole digital revolution?”

Roles of innocence and experience

Fok’s experience in innovation and change management puts him in a good position to anticipate what that next big thing might be.

After an education in chemical engineering and biochemistry, he spent 12 years in varied roles at Dutch multinational Royal DSM, moving from management in food ingredients and super fibres into business development, strategy and innovation and weathering the 2008 crash along the way.

“At the time that we went through the financial crisis in 2008, that was where I really learned to be a good business manager,” he says, explaining that deep business experience prepared him for the post-crash turn to innovation.

“From the business management job, I could have gone through more general types of management, but instead I chose to go to the business incubator of the company.”

Following roles that included the establishment of overseas innovation centres in China and India, and the directorship of the China centre for Royal DSM, Fok moved into oil and gas, spending four years at Shell working on the introduction and development of cutting-edge technologies, as well as a broader company-wide mindset change towards open innovation.

In 2017, he was appointed chief of innovation at Romanian oil and gas producer – and South and Eastern Europe’s largest energy company – OMV Petrom.

“My task is to make this company more innovative and more digitally dextrous,” he summarises.

Enabling change across a company of 14,000 employees is no small task, but Fok emphasises that OMV Petrom is committed to the evolution.

“The most important one of any piece of change management is senior leadership,” he explains.

“What you see is executive leadership being really supportive of this whole digital transformation.”

This change is already under way, including the development of a background architecture which can unite the company’s disparate data sources.

Another project is the creation of a dashboard of refinery data, allowing a refinery manager to easily access undisputed key figures and areas for attention.

“We recently gave the big technology and innovation event here in [OMV Petrom headquarters] Petrom City, where we had 28 booths in a sort of internal exhibition that showcased innovations that have happened over the past two years, and people were actually amazed,” he says.

As important as the introduction of new technology, is the provision of the skills to use it.

Fok describes how OMV Petrom is setting up a digital academy to provide training at a range of levels on key concepts such as the internet of things (IoT), video analytics and blockchain.

More in-depth training is also provided to allow people with a background in analytics to become data scientists: A vital skill set in a digital future.

Fok points out the value of internally educating employees who already benefit from expert knowledge of the data sources and the challenges of the company, rather than bringing in data specialists who lack industry experience.

“These people are hard to come by, and if you can find them, they typically have no idea about oil and gas,” he explains.

Turn and face the strange

The change in management Fok is implementing, however, goes deeper than the development of new technologies and the teaching of new skills.

Fundamentally, his task is to change the way people think.

Of particular importance here has been the introduction of design thinking: Approaching problems in an iterative manner, creating versions that can be tested, adjusted and improved.

It was Fok’s counterpoint to employees asking for increased “fail tolerance” in their work, a system that sees each new version not in terms of failure but as a prototype to be refined.

While design thinking is most suited for front- end projects, Fok is also introducing other iterative methodologies in other areas of the company: Agile-SCRUM for project delivery and Lean Startup for commercialisation.

“Now everybody in the company talks about it,” Fok says enthusiastically.

“Design thinking is a word you can just mention in the canteen and people say, yeah, I know that. And two years ago nobody had heard of it. So we’re actually moving at lightning speed.”

He muses that some of these may have deep roots, in Romania’s communist history: The one-party Socialist Republic of Romania ended with revolution in 1989.

“Romanian culture still has a lot of remnants from the past where communism has left its scars, and that makes people somewhat afraid to speak up, makes people hesitant to share, makes people sometimes more focused on maintaining what they have rather than growing into something new,” he says.

This is amplified by OMV Petrom’s (and OMV, its parent’s) past as a state-owned company.

“Having said that, there is already quite a large group of front runners that is eager to play a role, that is eagerly grabbing the wheel, initiating projects, but you see that there is different speeds in different departments, in different layers of the organisation.

“So I think as we move into this digital era with quite some speed at the moment, we need to be very careful to take the whole company along.”

Beyond people transformation, there are also the hurdles that every organisation must face when becoming more digitally adept: in particular, grappling with data quality.

OMV Petrom’s 160-year history means a wealth of information has accumulated on the company’s wells, but this isn’t always easy to access.

“160 years ago we started drilling wells and we started our first oil well files, with a piece of paper and a pencil, and some of the data from the wells that we need is indeed a hundred years old,” Fok says, explaining that issues such as water damage or files being altered or lost can have ramifications today.

“When you want to make predictions for reservoirs in oil and gas, you need decades and decades of data, and that is sometimes a challenge.”

New technologies, such as sensors in automated wells, need to be calibrated and checked to make sure that they give accurate readings.

Predictive analytics depend on accurate data, and Fok believes that this is still something the industry needs to work on before the digital revolution can have full effect.

“I think the industry is coming to realise that there’s a lot of homework to be done before you finally get to the nice goodies like machine learning,” he says.

“There’s a backlog of investments in data that need to be done before you have this crisp and clean data that your AI can help you make clever decisions and predictions with.”

Fok sees the potential arising from digital tools working with this data as world-shattering – but he’s insistent that it’s people, not technology, that will drive the digital revolution.

“As important as AI is, if the people don’t use it, then it’s useless,” he says emphatically, referencing the necessity of democratising digitalisation.

“Putting digital skills in the hands of the people, not just the experts – that is going to cause the breakthrough.”

This article originally appeared in Issue One 2019 of World Expro. The full issue can be viewed here.