Fossil fuels have powered the mining industry for decades, but now electrification is helping to improve safety, lower costs and reduce emissions 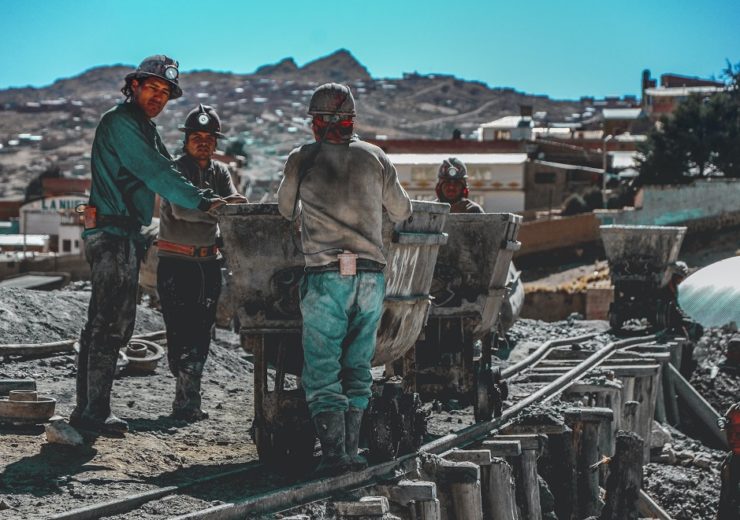 For decades, diesel-powered machines have dominated the mining industry, but in terms of their environmental and health impact they leave a lot to be desired. Fortunately, investment in electrification is gathering pace. World Mining Frontiers writer Andrea Valentino talks to representatives at Newmont Goldcorp about how electric vehicles could transform mining – and save lives along the way.

Minecarts are perhaps the most iconic vehicles in mining history. Since they were first popularised during the California gold rush, these rickety contraptions have chained themselves to our collective imagination, appearing in iconic action films like Indiana Jones. They have even featured in famous video games. In Minecraft – enjoyed by around 112 million people each month – players spend time rushing about in personalised trolleys.

Ask mining professionals about traditional minecarts these days, of course, and they’ll laugh. The industry has come a long way from the 1840s: mining equipment now represents a bewildering $120bn market share, a figure that is expected to grow about 11.7% each year to 2025.

But if modern mining vehicles no longer wobble along rusted tracks, or risk careening out of control down a disused shaft, they suffer from drawbacks all their own, from cost issues to the fumes that belch out of their engines.

Yet the situation is far from hopeless. Encouraged by environmental and health worries and increasing financial pressures, mining companies have begun electrifying their equipment. There is plenty more to do, but this new generation of electrified gadgets could profoundly change how mining is done. Along the way, mining corporations have a chance to become cleaner, healthier and more profitable.

Diesel-powered vehicles have been integral to navigating inhospitable mine conditions

Mining is a tough business. Underground temperatures down the deepest shafts reach 80°C and workers can sometimes only work for 15 minutes before taking a break. Rest can be difficult even then. From riding along bumpy passages to standing near excavators, miners are exposed to a bewildering range of shocks and vibrations over the course of their workday.

Nor are these just problems of comfort. Work by the Centers for Disease Control and Prevention found that out of 1,000 miners, “3.5 healthy years” are typically lost to noise pollution. To make matters worse, staff often have to contend with corrosive acidic liquids, gases and other toxic hazards.

These frantic conditions go a long way towards explaining the continued popularity of diesel-fuelled machines. Whatever their flaws, diesel engines are basically robust enough to cope with the demands of industrial mining, a fact reflected by the $7bn worth of diesel-fuelled equipment used by mining enterprises around the world.

But in many other respects, diesel vehicles are woefully unfit for underground work. That is true even when it comes to the basics. A study by the US National Institute for Occupational Safety and Health (NIOSH) and the National Cancer Institute (NCI) in 2012 definitively linked diesel exhaust fumes to lung cancer among miners.

For their part, international bodies like WHO are unequivocal: diesel fuel is as dangerous as mustard gas.

To be fair, there are ways to mitigate the health risks of diesel, but each comes with its own set of challenges. One method is to attach filters to engines, keeping the most dangerous particles away from lungs. But that only works for larger particulates, not the ultra-fine variety.

Another technique is to build vast ventilation systems to keep mine air clean. The scale of these projects is spectacular, however. The biggest mines might need 1.2 million cubic feet of ventilation every single minute.

It goes without saying that the price tag of such an enterprise is preposterous, especially as mines get deeper. Yet specific health concerns – and the price of mitigating them – only go so far in explaining diesel’s flaws. As a spokesperson from Newmont Goldcorp explains, environmental worries play a role too. “Eliminating diesel and engine oil results in a reduced risk of hydrocarbon spills. It also helps eliminate greenhouse gas emissions.”

They are quite right to bring up fuel spills. Only months ago, a Chilean mining company leaked 40,000 litres of diesel oil near Patagonia, threatening local bird colonies.

Diesel can have a similarly awful effect on the fight against climate change. According to one 2013 study, the black carbon found in diesel smoke is 3,300 times worse for the environment than carbon dioxide.

Electrification is sweeping across the global mining industry

Electrifying mining equipment is not a new idea. As long ago as the 1910s, engineers designed electric drills to smash down rock faces. Yet for decades, using electricity to power mining vehicles was stymied by high costs. Reliability problems hardly helped, but things are changing. Investments in new technology, prodded along by the challenges of deeper shafts, are finally giving mine owners an alternative to diesel.

All this is reflected by several different projects. From the Brucutu iron mine, a Vale operation near Belo Horizonte, to Glencore’s nickel and copper mine in Ontario, electrification is grabbing the international mining industry by the hard hat and not letting go.

One of the most striking examples of this new world comes at another Canadian site. Borden, a Newmont Goldcorp gold mine framed by lakes and woods north of Toronto, is being talked of as one of the first “all-electric” mines on earth.

No easy task, particularly given diesel has ruled the industry for so long. But the process was made far easier with backing from executives. As the company explains, “It all starts at the top with support from senior leadership within the company. In the early days, it was very uncertain how ‘going electric’ would provide a better business case.

“It should be seen as a layer cake – individual layers don’t make it an appealing endeavour, but add all the layers up and it starts to look a lot more attractive.”

Borden mine has embraced technological evolution

There are certainly plenty of layers to pull apart. Aside from the usual suspects – dumping diesel jumbos in favour of battery-powered alternatives – Borden is electrified in more unusual ways.

For example, staff are being equipped with special tags that link to the mine’s ventilation system. This moves air only when it’s needed. At the same time, Newmont has swapped hardwired detonators for wireless ones. Not only does that allow engineers to sequence blasts in a way that avoids relying on cemented rockfill to stabalise excavation areas, it also cuts waste.

Other changes span everything from a new dispatch system, which can track vehicles at a distance, to technology for helping miners squeeze equipment through narrow passages.

All told, it’s hard not to be impressed by how fundamentally electrification is transforming the Borden mine. Apart from greatly improving the air staff gulp down into their lungs, Newmont says electrification has sliced greenhouse emissions by 70%.

Meanwhile, that snazzy new ventilation system cuts associated costs in half and saves about 33,000 megawatts per hour of energy each year. And though it’s difficult to prove, the company suggests that reducing emissions probably meant permit applications got past Canadian environmental agencies “a bit quicker”.

When the Borden mine fully opened in early October, Newmont executives and local officials patted themselves on the back. Tom Palmer, the company president, was buoyant, saying at the time, “Borden joins the next generation of Newmont Goldcorp mines and leverages our leading land position to anchor this new gold district in Ontario”.

Fair enough – from saving lives to helping the environment, electrification seems like a great success, especially as the whole project was finished on time and budget.

Yet it would be wrong to infer that the process is done and dusted. After all, since battery-powered trucking technology only developed after the Borden mine ramp was started, the mine has yet to electrify its haul trucks. But Newmont is currently looking to upgrade to an electrified trucking fleet, including figuring out where to put chargers.

A more general problem, meanwhile, is one of education. For the past century, mining has been dominated by physically-demanding jobs, be that vehicle operators or blast-hole experts. But with mining electrification increasing, the industry will need workers with softer hands as well.

This is especially true as automation – shadowed by technologies like those special ventilation tags – becomes more common. Mining companies are clearly not blind to these moves. In 2017, Newmont invested $7.9m in training and development programmes, while Rio Tinto has spent two million Australian dollars to teach workers about automation.

Electrification could herald a new age of mining

These moves can only be cheered. As analysts make clear, if the mining industry gets ready in time, electrification and automation could really herald a new age. A particular area of interest is using gravitational force to charge trucks automatically. As the vehicles go down ramps, the energy used to prevent the trucks from speeding is converted back to electrical energy and can actually be sent ‘back into the batteries’.

At the same time, it is expected that even changing the battery on a mining truck might one day become automated.

As in other industries, meanwhile, the internet of things (IoT) is expanding too. It might not be too long before vehicles and other mining equipment send back data on their energy consumption automatically to analysts on the surface, or AI programs are able to recommend where best to send certain miners.

What’s possible, anyway, is that by the end of the century, electric mining will command the industry – and diesel engines will seem as quaint as the rickety wooden carts they themselves replaced.