How electric mining equipment is leaving its mark on the industry

The future of mining equipment, and vehicles specifically, is in electrification – both from an environmental and economic efficiency perspective 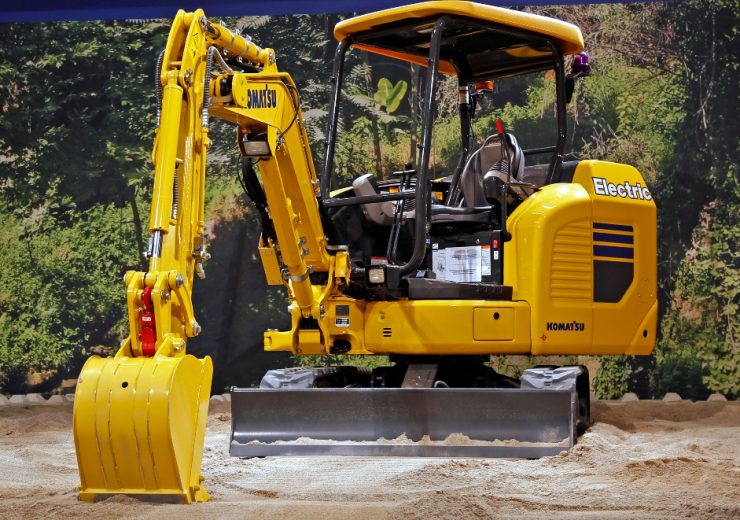 Electric mining equipment, like this excavator unveiled in 2019, could be key to tomorrow's industry (Credit: Roman Korotkov/Shutterstock)

Electrifying mining operations can not only reduce environmental impacts but also reduce energy costs. World Mining Frontiers writer Kerry Taylor-Smith talks to Mattias Selberg, project manager at LKAB, about what operators should remember when upgrading vehicles and equipment to electric.

Electrical power is a relatively recent innovation when it comes to the extraction of metals and minerals. For millennia, miners had to content themselves with picks, shovels and the heft of their own arms, protected from cave-ins by the speculative placing of wooden supports jammed between the dusty shaft floor and the ceiling.

Especially large rocks that could not be dragged away by pit ponies were split asunder using fire – a risky proposition the deeper one ventured underground, where exotic gases waited either to suffocate unsuspecting miners, or ignite and bring the entire complex crashing down around them.

It took centuries for the mining industry to innovate, replacing torches with Davy lamps, fire with gunpowder and dynamite, and pit ponies with steam engines trundling in and out of the mine on rails.

Picks and shovels, meanwhile, were supplanted by mechanical drills with internal combustion engines, fuelled by petroleum or diesel.

While these machines certainly sped up the extraction process, they also belched out their own suffocating gases, filling the pit with a miasma of carcinogenic carbon and sulphur dioxide intermixed with whatever particulate matter was thrown up by the drill bit.

Not only are fossil fuels harmful to the lungs of the miners that venture down into the murky depths of the pit – they are also running out.

As a result, operators require vehicles and equipment that are considered as dependable as those fitted with internal combustion engines, that do not emit noxious gases into the warren of shafts and tunnels that constitute the modern underground pit, and whose fuel source is easily and infinitely replenishable.

The solution for operators has been battery-powered electric vehicles, which are not only much cleaner and, in many cases, more reliable than their petrol-driven equivalents, but also serve as an effective base for future experiments in equipment automation within the mining environment.

That is, at least, the opinion of Sweden’s LKAB, an operator that has spent over a century predominantly mining iron ore in the harsh landscape of that country’s northern provinces.

While the purpose of the company has not changed in over a century, its energy strategy has evolved considerably in that time. Most of its mining processes have already been electrified, along with equipment and vehicles that include loaders, hoists and sublevel trains.

“We are building on a long history of using electric loaders powered by a trailing cable, and now we are looking at production machines powered from batteries,” says Mattias Selberg, project manager for strategic projects, technical and process development at LKAB.

“For transportation of personnel, we can ride the wave of the general automotive development, but when it comes to production machines, a close cooperation with manufacturers is required.”

A good working relationship with suppliers is not the only thing operators must remember if they are to pursue electrification at their mining site. Everything from the capital cost of the equipment being considered down to the design of the site itself needs to be carefully weighed before making a final decision on how to pursue this monumental change in approach.

The benefits – lower energy costs, cleaner air, a smaller environmental impact – are clear enough. Implementing such an upgrade, however, is its own battle.

For LKAB, electrification is an essential step in allowing it to continue extracting iron ore at its two principal mines in northern Sweden, Kiruna and Malmberget.

Future mining efforts will force the operator to dig at greater depths than ever before – perhaps as deep as 2,000m – which, in turn, will require the kind of efficiencies in energy use and ventilation that can only be afforded by the use of electric vehicles.

As such, LKAB has been busy transforming its two underground mines into test beds for the latest electric vehicles and autonomous mining equipment.

The Swedish operator has learned several lessons while collaborating with other mining equipment and autonomous technology companies. The first is that converting any underground facility to handle electric vehicles requires careful consideration of numerous factors – one being if, in certain circumstances, you need them at all.

“Whether you use conveyors, hoists, electrified trucks or other [technology] depends on the volumes and distances,” explains Selberg. Careful planning, too, is essential in making sure operators reap the full benefits of transitioning away from fossil fuels. “When planning the mine and production process you have a possibility to create the right circumstances for an efficient electrification.”

That means moving beyond simply thinking of electrification as a straightforward process of shopping for shiny new battery-driven equivalents of a mine’s ageing petrol-driven vehicle fleet.

Rather, any successful transition from the internal combustion engine to its more sustainable cousins requires additional investment in everything from electric motors and generators to traction battery systems and supercapacitors for energy storage and recovery.

The overall design of the mine must also be considered if operators are to reap the full benefits of electrification. As part of its SUM initiative, LKAB has collaborated closely with original equipment manufacturers and others within the sector to develop best practices in the use of electric vehicles and mining equipment, adapting them to the specific layout and environmental conditions of its mines, and considering how they may be run in others.

For this reason, operators may be wise to consider a staggered approach to electrification, introducing new battery electric vehicles in stages to the pit, with the added advantages of easing the financial shock of the process on the facility’s revenues, and allowing strategies on the use of the new equipment best suited to the morphology of the site.

A similar approach was taken at Boliden’s Aitik mine, also in northern Sweden.

Following a successful pilot, Aitik’s 700m electrified truck route will be extended another 3km, and ten mining trucks converted from diesel to electric, taking the total to 14. The trucks will ferry an estimated 70 million tonnes of ore annually, without using fossil fuels. Boliden will also build a 1.8km electric line at Kevitsa in northern Finland, and convert 13 trucks to electric engines.

The conversion will decrease greenhouse gas emissions from transport at Aitik by 15% and Kevista by 9%, and cut diesel consumption by 5,500 cubic metres annually. The company will invest SEK300m ($35m) in the project, which it expects to be completed, in stages, by 2022.

“To go all electric, that’s still a hard task, but we are striving for it,” says Selberg, in reference to LKAB’s own efforts. “The technical solutions available on the market are also developing fast now, and several machine manufacturers are offering or working on electrified alternatives.”

Not the perfect answer

Electrification can present many other site-specific challenges too, not least in deciding where to place battery charging stations.

Electric mining haulage vehicles are, after all, capable of operating twice as fast as their diesel counterparts, but they possess a more limited range. Batteries are also affected by temperature, as Newmont Porcupine found when it discovered that its electric battery units couldn’t be stored in the cold.

Other problems experienced might include harmonics in electrical infrastructure, causing charger malfunction or battery fires, and issues with tethered operations of scoops and no compressed air lines – to name but two.

To overcome these challenges, Selberg recommends that project managers remain agile and respond quickly to problems with the roll out of electric vehicles. In short, they should be ready – and able – to learn from early failures.

“Visit sites with similar production processes and logistic circumstances and see how they have handled the challenge. Think long-term and [about] the big picture, what to strive for, and have that well-anchored in the company,” adds Selberg.

“Then, you can identify goals and take on the pieces of the puzzle. Start test operations on a small scale and gather experience along the way.”