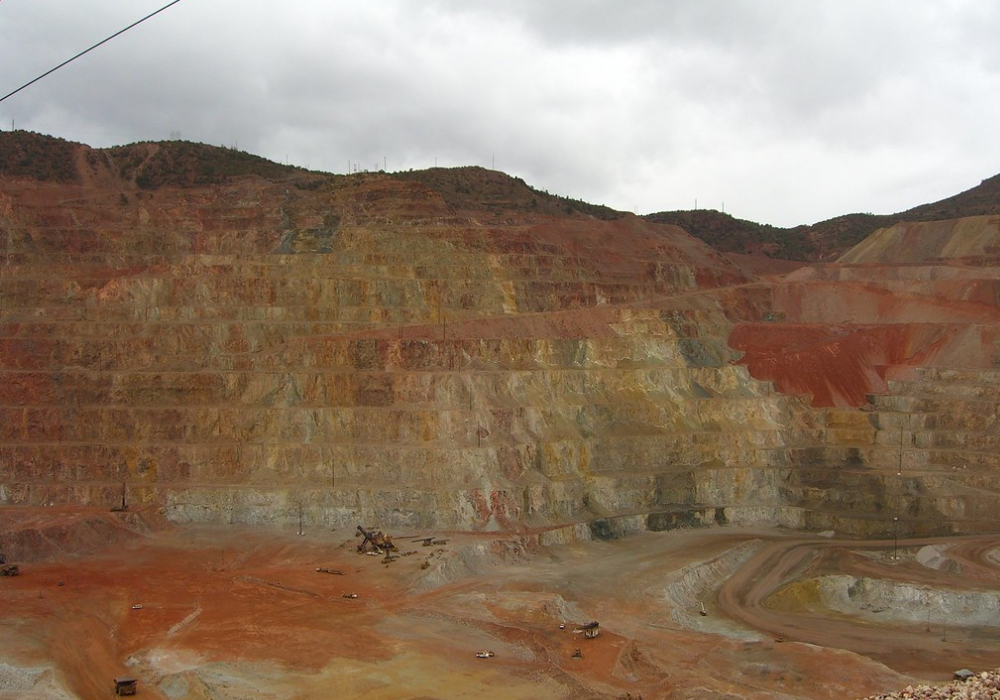 High in the mountains, in a remote area of Peru, sits the La Granja copper deposit.

It’s the site of a major dilemma in the mining industry – despite being owned by one of the world’s biggest companies in the sector, its riches still remain untapped.

Rio Tinto Minera Peru, a subsidiary of Anglo-Australian multinational metals and mining firm Rio Tinto, won the rights to develop La Granja in 2005 but has yet to make a final investment decision on the project.

Mining in remote parts of Peru is thought to be relatively risky, largely put down to a lack of water supply, which is an integral part of the industry’s operations.

And at La Granja, although it could deliver huge amounts of copper needed for electrifying transport, it comes with the added risk of poisonous arsenic.

Speaking at the Mines and Money conference in London this week, Philip Pascall, chairman and chief executive of First Quantum Minerals, said the Canadian-based mining and metals company has held discussions with Rio Tinto about a deal to develop the site.

Here, NS Energy takes a look at why the site’s copper riches remain untapped and whether Rio Tinto and First Quantum should proceed with developments.

What is the La Granja copper deposit in Peru?

La Granja is based in the Querocoto District in the northern highlands of Peru and is almost 1,000km away from the capital city Lima.

There are over 9,000 inhabitants in the area, many of which have raised concerns over the potential construction of the mine.

Residents have highlighted pollution from operations as an issue, alongside the vast levels of water required for mining.

In most mining operations, water is sought from groundwater, streams, rivers and lakes, or through commercial water service suppliers.

But in areas where supply is low, such as La Granja, nearby communities and authorities often oppose mines using water from these sources.

Although the site has the potential to be a large copper mine, it is also an arsenic-rich deposit.

Exposure to the chemical, in person or through drinking water, can lead to various health conditions and means the copper would need to be processed before being sent to smelters.

State of mining in Peru

Peru is the world’s second-highest producer of copper behind neighbouring Chile.

Copper mine production in the South American nation has boomed over the last decade – from producing 1.3 million metric tonnes in 2009 – to 2.44 million tonnes in 2018.

The country’s economy has benefited from mineral productions, after the government privatised over 200 state-owned firms in the mining and fuels industries.

But while it has had positive impacts on economic growth, growing conflicts have emerged in recent years, with protesters campaigning against environmental impacts of operations.

Earlier this year, the government performed its biggest-ever raid on illegal gold mining, in a town in the Amazon rainforest, 60 miles away from the city of La Pampa.

More than 1,200 police officers were deployed and, according to the security forces, 6,000 miners were expelled, dozens of suspected criminals were captured and more than 50 trafficked women were rescued in the raid.

The copper deposits from La Granja could offer up big profits for Rio Tinto should the company find a resolution to the problems hindering development.

The mineral is mostly used in electrical equipment, such as wiring and motors, because it conducts heat and electricity well.

Mining companies are believed to be looking into increasing their copper exploits, as it is a crucial part of the electrification of transport and cities.

With countries across the globe looking to lower emissions and move towards greener energy, copper and other metals are likely to be in high demand and become more expensive.

First Quantum – the company that has held discussions with Rio Tinto about a partnership at La Granja – already owns the undeveloped Haquira copper deposit in southern Peru.

The site is adjacent to the Las Bambas copper-gold live project and was bought by the Australian Minerals and Metals Group (MMG) from British-Swiss firm Glencore for $5.85bn.

MMG’s majority shareholder is China Minmetals Corporation (CMC), a Chinese state-owned enterprise, with the country looking to increase its stake in precious metals.

First Quantum has also been rumoured to be a target for a potential takeover recently, with Chinese state-owned Jiangxi Copper a potential suitor.

The copper producer last month acquired a 10% stake in the Vancouver-headquartered company, which has assets worth a reported $6.5bn, and is believed to have an option to buy more shares.

First Quantum is now looking to team up with Rio Tinto in La Granja to add to its Peruvian portfolio alongside Haquira in the south of the country.

Speaking of the potential partnership, CEO Philip Pascall said the company was “wary” of the fact that many copper deposits are low grade and take a lot of capital to develop, reported the Financial Times.

He added that it was sensible to “have involvement with other strategic partners” and that First Quantum will “put some effort over the next year into developing those partnerships, which is different to what we have done before”.

New copper mines generally require between $3bn and $4bn to develop, as grades have declined in recent years necessitating higher mining volumes, according to Pascall.

But he said his company has a number of its own projects it could develop and it would decide by 2021 which opportunities it wishes to pursue, if any at all.

According to its latest financial statements, First Quantum carries a $7.6bn net debt at the end of its third quarter, up 24% from a year ago.