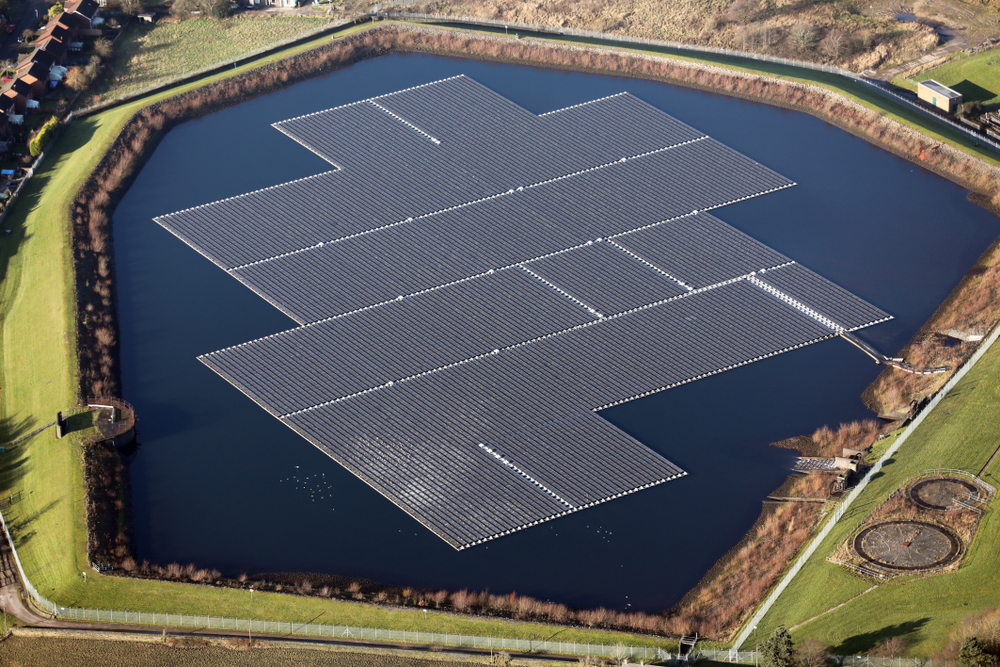 Competitiveness is helping to pave the way for the emergence of floating solar (FPV) as an increasingly viable form of power generation (Credit: Shutterstock/Neil Mitchell)

Technological advances and falling costs of solar photovoltaics (PV) have “considerably” improved the competitiveness of solar power, according to new research by Lee et al published in Renewable Energy.

Such competitiveness is helping to pave the way for the emergence of floating solar (FPV) as an increasingly viable form of power generation, where PV systems are sited directly on water bodies such as lakes, ponds and reservoirs.

Competing land-use pressures, climate goals, energy security and resilience motivations are reported to have prompted an increasing interest in FPV, and global deployment is accelerating. In 2007, global installed capacity was below 1 megawatt (MW), by 2018 it was 1314MW and is expected to reach about 13,000MW by 2022.

However, the authors claim that despite growing market interest: “FPV system deployment is nascent, and potential adopters remain concerned about the technology, the benefits it offers, the advantages to pairing it in hybrid systems (such as with hydropower), and how to analyse technical potential.”

Aside from electricity generation, the additional benefits of FPV are described as being abundant. These include avoiding land-energy conflicts and lower land acquisition and site preparation costs.

When co-located with hydropower, the benefits also include increased PV efficiency due to the temperature regulating effect of water, reduced algae growth, reduced evaporation, reduced shading effects on modules, and reduced capital cost.

“Despite these claims, a gap remains in consolidated evidence to corroborate these co-benefits,” the authors say. “This gap in evidence prevents potential adopters from determining and quantifying the actual co-benefits derived from FPV – potentially hindering investment.”

In an effort to support decision making, the authors (Nathan Lee, Ursula Grunwald, Evan Rosenlieb, Heather Mirletz, Alexandra Aznar, Robert Spencer and Sadie Cox, from the National Renewable Energy Laboratory and the Advanced Energy Systems Programme in the US), looked at the benefits of hybrid floating solar photovoltaics-hydropower systems and assessed their global technical potential.

FPV systems used in hybrid systems are identical to standalone ones but are coupled with other generation (ie hydropower). In their research, Lee et al considered full hybrid FPV-hydropower systems with FPV and hydropower coupled at a common substation. This allows for operations to be co-optimised and dispatched in concert.

In this research, hydropower refers to reservoir impoundments and pumped storage systems only as they are more often highly controllable. Run-of-river schemes were excluded as the authors claim that the lack of reservoir area and presence of water currents may be problematic for FPV deployment.

According to this research, the value added from hybrid FPV-hydropower system operation include:

Improved system operation at different time scales – Solar PV generation is variable and less predictable due to weather conditions, spatial resource qualities, and daily patterns. In contrast, hydropower systems (with sufficient resources) can offer high degrees of generation control and can provide for shortfalls to balance intermittent solar PV generation. The authors also discussed the advantages of these benefits at different timescales on a seasonal, monthly, daily, hourly and even sub-hourly scale.

Additional energy storage opportunities – FPV-hydropower hybrids could provide energy storage opportunities through different configurations. These include coupling FPV with pumped storage hydropower to use excess solar generation to pump water into an upper reservoir to store for later use; or the full hybrid in which water resources can be conserved during peak solar production hours – utilising the reservoir as storage for the non-dispatchable solar PV.

Reduced solar PV curtailment – As the system operator views the hybrid FPV-hydropower system as a single generator able to provide predictable, controllable, dispatchable generation (not separate generators), the hybrid system may receive a higher capacity credit – allowing for reduced or no curtailment.

What potential is there for hybrid hydropower technologies?

The authors note that there are potential biases in the underlying data sets for these results as North and South America may have more complete hydropower datasets than other regions. However, the results obtained in this global assessment of hybrid FPV hydropower systems are consistent with other recent global estimates.

Furthermore, the results show that they could significantly contribute to global energy demands. According to the authors, their estimated annual generation results range from 4,251 to 10,616 terawatt-hours (TWh) per year for the scenarios considered.

Lee et al acknowledge that their research does not consider the project-siting constraints that developers will eventually face and that a deep knowledge of local ground-verified data and development regulations is needed to assess the feasibility of a project.

“Additionally, technical potential does not capture the economic or market potential for floating solar PV or potential future technology improvements. Future studies at the regional, national, or subnational scale are required to improve the resolution of real-world hybrid FPV-hydropower system deployment potential.”

The authors also consider the various challenges that could hinder further investment and deployment of hybrid FPV-hydropower systems. These include:

Lee et al state that some of the above challenges can be overcome in new systems designed for hybrid operation or retrofitted systems.

They also say that as hydropower development has historically faced significant attention due to social and environmental impacts, “it is reasonable to assume further development of FPV on reservoir surfaces could also require significant dialogue and analysis to ensure alignment with the broader values of societies”.