The world's top solar Photovoltaic (PV) developers hail mostly from the Asia-Pacific (APAC) region followed by the Americas, with Europe, the Middle East and Africa (EMEA) following on. 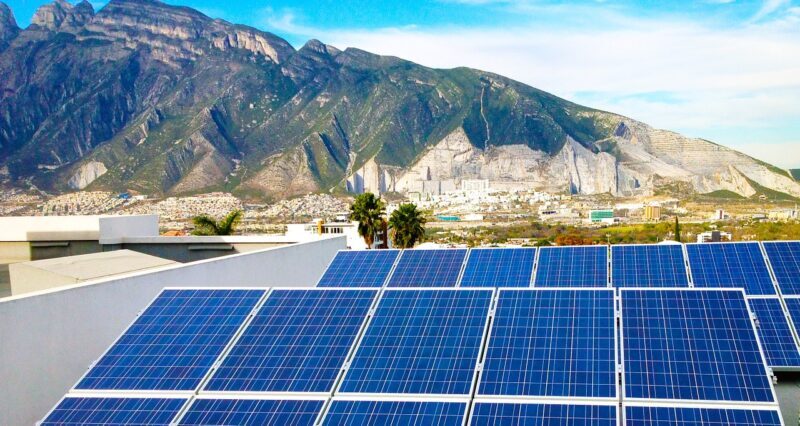 The world’s top solar Photovoltaic (PV) developers hail mostly from the Asia-Pacific (APAC) region followed by the Americas, with Europe, the Middle East and Africa (EMEA) following on.

Solar PV generation jumped by 22% in 2019, with developers helping to create the second-largest absolute generation growth of all renewable technologies — slightly behind wind and ahead of hydropower — according to the International Energy Agency.

Mercom’s Solar Funding and M&A Report states that a total of 26 gigawatts (GW) of large-scale solar projects changed hands in 2019 compared to 29GW in 2018.

Headquartered in Ahmedabad, in the Indian state of Gujarat, Adani Green Energy is currently the world’s largest solar PV developer, with more than 12.3GW of operating, in-construction and awarded solar parks. Founding its first solar project in 2015, the company now has a portfolio greater than what the US installed in 2019.

Launched in Hong Kong in 1982, GCL New Energy Holdings is an investment holding company with its main businesses centred on energy and printed circuit board (PCB) production.

Rapid development has led to the recent aggressive expansion of GCL New Energy’s PV power plant installations into global markets. Backed by the GCL Group’s optimised PV integration industrial chain, GCL New Energy has renewed its focus with more intensity on planning for a full life-cycle management of its plants.

Established in 2011, Tokyo-based multinational conglomerate holding company SB Energy is a global energy company that owns, develops and operates some of the world’s largest renewable power plants. Leading the transition to a future powered by renewables, this technology-driven Japanese company, which is SoftBank’s energy arm, is driven by a mission minimise humankind’s carbon footprint.

A leading solar PV developer in the power segment that has developed and operated several solar parks from Hokkaido to Kyushu in Japan, SB Energy holds a total capacity of 7GW of solar energy.

SB Energy is striving to expand the capabilities of its solar and wind power plants, so that renewable energy can soon be accessed 24X7.

SB Energy Global is set to step into the Indian market with a target of setting up 20GW of solar power in the next five years.

Based in Rome, Italy, Enel Green is a multinational renewable energy corporation established in 2008. A subsidiary of the power generation firm Enel, it has operations in five continents and 27 countries. Managing 1,200 plants worldwide with a total capacity of 46GW, Enel Green’s solar power production capacity has been recorded at a respectable 6GW.

Italy is planning to cover 25% of the country’s total electricity demand with solar energy by 2030. To achieve this, it aims to raise its share of solar PV-generated energy from 24TWh/year to 75TWh/year. Such an exercise is financially sustainable as solar PV has already become the most affordable energy source in many countries, while not majorly impacting land use.

Enel Green Power has started operations at the 497MW Roadrunner solar plant in Upton County, Texas. This is the largest operational solar power plant in Texas and Enel Green’s largest in the US.

With its headquarters in Toronto, Canada, Brookfield Renewable is at the helm of one of the top publicly-traded renewable power platforms. Handling operations in four continents, North and South America, Asia and Europe, with a portfolio that comprises solar, wind and hydroelectric, Brookfield Renewable’s storage facilities total more than 17,000MW of installed capacity plus an additional 8,000MW development pipeline.

Brookfield solidified its position as a leading global renewable energy developer following the acquisition of the TerraForm companies. This has added major solar and wind power assets to its portfolio along with the advantage of acquiring operations in India and China. Brookfield Renewable’s current total solar power generating capacity is 5.7GW.