The emerging market economies of BRIC nation's have enjoyed strong growth - but in recent years this has begun to slow, as investors turned their attention towards MINT countries 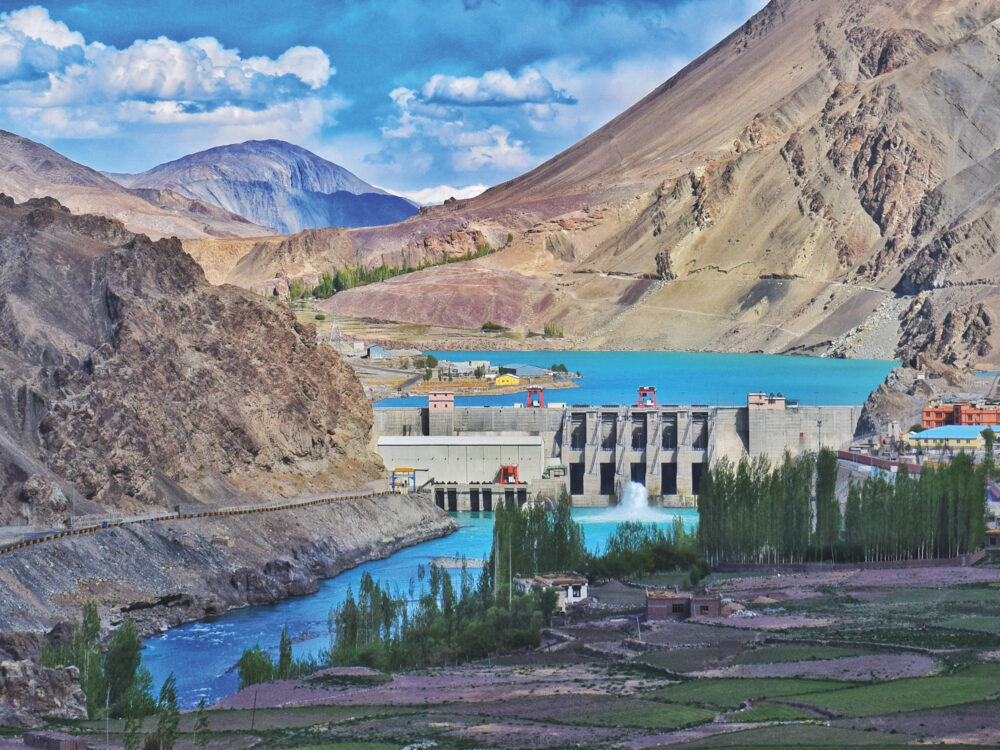 The BRIC and MINT countries have typically been home to some of the biggest hydropower developments anywhere in the world. Here, Suzanne Pritchard, a writer for International Water Power & Dam Construction (IWP&DC), traces the fortunes of the water-powered energy source within the BRIC and MINT countries that financiers have followed with keen interest in recent years.

The BRIC and MINT acronyms were created by financiers when referring to groups of countries they considered to have the potential for rapid economic growth.

The emerging market economies of BRIC (Brazil, Russia, India and China) have enjoyed strong growth but in recent years (with the exception of China) this has begun to slow. As economic potential faltered slightly, investors turned their attention to what has been described as BRIC’s successors – MINT.

Mexico, Indonesia, Nigeria and Turkey have since entered the world’s economic stage, and analysts believed these would be the next countries with rapidly growing economies.

Most of these countries are also home to some of the fastest-growing hydropower sectors in the world. Their importance in the hydropower industry has been highlighted recently by their prominence across the pages of the International Hydropower Association’s (IHA) 2020 Hydropower Status Report.

Five of the eight BRIC and MINT countries make it into the top 10 of total global hydropower installed capacity in 2019, which stands at 1308 gigawatts (GW). China leads the way with 356.4GW and Brazil is second with 109.06GW. India lies fifth with 50.07GW, Russia seventh at 49.86GW, with Turkey being the final listed BRIC and MINT country at 28.50GW.

Fifty countries added notable hydropower capacity throughout the world in 2019. Brazil and China were top of the list. According to the IHA, Brazil surpassed China as the largest single contributor with 4919 megawatts (MW), which was mainly attributed to the completion of the 11,233MW Belo Monte hydropower plant.

With 4170MW, China was in second place. Russia lies in sixth place with 463MW of new added capacity, with Turkey tenth and 219MW. India was in 12th place with 154MW, followed by Indonesia at 14th place and 144MW. Mexico and Nigeria were the only BRIC and MINT countries not the be listed in this top 50.

Looking closely at BRIC, Brazil emerges as the highest ranked country in South America according to total installed capacity in 2019. With just over 15,300MW, second placed country Venezuela falls way behind Brazil’s 109,058MW. Unsurprisingly, Brazil was also megawatts ahead of other South American countries who had added hydropower capacity last year. With just over 4919MW, Brazil was beyond the reach of second placed Colombia with 80.61MW of added capacity.

Furthermore, Brazil helped South America witness the fastest hydropower growth rate after the East Asia and Pacific region. The country contributed to more than 95% of South America’s 5172MW of added capacity in 2019.

According to the IHA, following a change in government last year, Brazil has included four hydropower plants among the projects that will receive support as part of the country’s new energy investment programme. These are the 650MW Bem Querer, 430MW Tabajara, 140MW Castanheira, and the 118MW Telemaco Borba projects.

However, the Bem Querer and Tabajara sites are in the Amazon region where they are facing opposition from groups campaigning for conservation areas and indigenous land rights. Due to the Covid-19 crisis, the government has suspended energy generation and transmission auctions and the state-owned planning company will evaluate when to resume these.

In South and Central Asia, Russia ranks second behind India with a total hydropower capacity of 49,859MW in 2019. It is also the third-highest country with 462.5MW of capacity added in 2019 – helped by the commissioning of RusHydro’s 320MW Nizhne-Bureyskaya project in the Amur region.

Situated in the far east of the country, the project is expected to have an annual output of 1.67 terawatt-hours (TWh) and protect neighbouring residential areas from flooding. Solar panels with a combined capacity of 1275 kilowatts (kW) have also been commissioned on the project’s reservoir surface and this is expected to reduce the cost of electricity for the station’s own needs.

Russia’s hydropower fleet is one of the oldest in the world and substantial investments are being made in existing stations. Russia’s second-largest hydropower generator, the En+ Group, has announced major upgrades to both the 662MW Irkutsk and the 6000MW Krasnoyarsk hydropower stations as part of their new modernisation programme.

As mentioned above, India ranks as the highest country across South and Central Asia with a total hydropower capacity of 50,070MW. It also lies in fifth place across the region by added capacity which amounted to 154.1MW in 2019.

The IHA points out that although “only 154MW of capacity was added to the Indian hydropower sector in 2019, a 25% increase in annual generation and the announcement by government of a series of measures to incentivise greater development gave cause for optimism”. Indeed, with increasing penetrations of wind and solar anticipated in coming years, the government believes it will need a significant increase in power system flexibility to ensure grid stability and avoid power shortages.

Other welcome news was the March 2019 government announcement that officially declared large hydropower projects (>25MW) as renewable energy sources. This will allow them to benefit from the non-solar renewable purchase obligation which mandates that regional utilities must purchase a portion of their electricity from hydropower, as well as providing developers with greater access to green bond financing.

Such measures, according to the IHA, have injected renewed confidence into the sector with nearly 35GW of capacity either currently under construction or in the development pipeline.

Although it has witnessed a slowing rate of new installed capacity in recent years, China is still the regional leader in hydropower development. In 2019 it led the way with 356,400MW of total installed capacity, and headed the top five list of additional capacity by commissioning 4170MW.

Worldwide growth in pumped storage was affected by project delays in China. A temporary pause on new schemes across the country led to a more conservative 300MW growth in this sector. Lack of progress in electricity market reforms which affected investment returns for energy storage projects, along with pressure to reduce electricity prices for consumers, are said to have been responsible for the delays.

However, pumped storage projects have proved their value during the Covid-19 pandemic and, with grid infrastructure projects, have been resumed to stimulate economic recovery. Further market reforms and ancillary market development are still required.

Major Chinese projects currently under construction and scheduled for completion within the next year or two are the 10,200MW Wudongde and 16,000MW Baihetan projects.

Across North and Central America, Mexico ranks third (well behind the US and Canada) with a total installed capacity of 12,126MW. The Mexican government is looking to increase hydropower capacity by upgrading existing schemes. There are 18 existing hydropower plants slated for modernisation works, along with plans for the development of 14 new ones.

Indonesia ranks eighth in East Asia and Pacific with a total installed capacity of 5886MW in 2019. It was also third in the top five listed countries with 143.5MW of added capacity. Indonesian developments last year include commissioning of the 46.6 MW Rajamandala project in Jarkarta.

Plans are also underway to build the 1350MW Mentarang Hydroelectric Power Plant in North Kalimantan. This will be the country’s largest hydro project at a total cost of $2bn. State utility PLN has also signed a power purchase agreement for the 145MW Cirata floating PV project in West Java.

Nigeria is listed in eighth place with 2110MW of total installed capacity in Africa. Developments worthy of mention include the Nigerian-BeninTogo-Ghana-Cote d’Ivoire Median Transmission Backbone project that is in progress. IHA says that with electricity demand expected to triple by 2040, efforts are being made to improve and increase transmission and distribution assets in Africa.

Finally, in Europe, Turkey ranks in second place behind Norway with 28,503MW of total installed capacity. However, Turkey jumps ahead of Norway by adding greater capacity with 219MW (85MW more). At the end of 2019, Turkey’s hydropower capacity accounted for 31% of the country’s total national capacity.

Notable project developments include the 1200MW Ilisu Dam which achieved a milestone with the first water fill of its reservoir. Upon completion, it will be the fourth largest hydropower plant in the country.